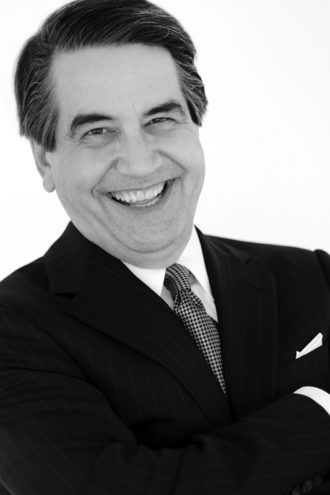 Wick Allison was a fifth-generation Texan who was born and raised in Dallas and attended UT. He was editor of the student magazine at UT and, with Jim Atkinson, came up with the idea of a city magazine for Dallas. He dropped out of SMU’s Cox School of Business, after developing a business plan and raising money in 1974 to launch D Magazine, the fifth city magazine in America (after Philadelphia, San Diego, Chicago, and New York). Today there are over 200 city magazines. After leaving D in 1981 to move to New York and before returning in 1995 to resuscitate the magazine, Wick bought and led the turnaround of Sport magazine, founded Art & Antiques, served as publisher of National Review, edited The Bible to be Read as Living Literature, and wrote That’s in the Bible? and Condemned to Repeat It: Lessons of History for Leaders. He also learned how to fly fish. Wick was also the former chairman of The American Conservative in Washington, D.C. and founder of The Coalition for a New Dallas, a civic enterprise dedicated to instilling urbanist principles in remaking our city.

The Police and Bishop Burns

By Wick Allison | 2 years ago Did he stonewall? I don’t know. But he gave the Dallas police plenty of reason to find out.

By Wick Allison | 2 years ago After serving longer than any mayor since R.L. Thornton (58 years ago), Mike Rawlings is leaving City Hall. So what did he learn? And where do we go from here?

From 2017: Dallas’ Confederate Statues Must Come Down

By Wick Allison | 4 years ago Let the dead bury the dead. The only generation that matters now is the future one.

The Agenda for a New Dallas

By Wick Allison | 4 years ago After Saturday's runoff elections, with three incumbents losing their seats, the City Council is poised to make transformative changes.

By Wick Allison | 5 years ago His coming was like the bright sunshine of a new dawn.

By Wick Allison | 5 years ago The Dallas mayor has shown us what the term 'public servant' means.

From 2010: Why the Catholic Diocese of Dallas Burned While Prelates in Rome Fiddled

By Wick Allison | 11 years ago Some say it's the Trinity River dividing Dallas. D Magazine's editor in chief insists it's the highway.

By Wick Allison | 11 years ago We had the bright idea of not just chronicling these important moments, but getting the people who made the moments happen to write about them. This proved to be a Herculean task, but our efforts paid off. What other city magazine in America could get no fewer than seven billionaires to contribute to such an undertaking?

From 2008: A Conservative for Obama

By Wick Allison | 13 years ago My party has slipped its moorings. It’s time for a true pragmatist to lead the country.