In my small East Texas town in the late ’50s, admitting that you went to Hockaday was just a cut above confessing that you had done time at the State School for Girls in Gainesville. From my provincial 15-year-old perspective in those tranquil days before court-ordered integration and busing, the only plausible reason for sending a girl away to boarding school was her delinquent behavior. Some boys in our town from wealthy families went east to Exeter or Andover for academic or social reasons, and other males with less promise got “straightened out” at Allen Academy, Peacock, or TMI; but the unruliest girl I ever knew was dispatched to Hockaday. And when she came home at Christmas and crashed a party at the Country Club, chain-smoked, drank Scotch on the rocks and performed a totally uninhibited dirty bop in front of the chaperones, we thought she was a wondrously sophisticated creature.

Click for more about this remarkable story.
Imagine my surprise in the early ’60s to find Hockadaisies in my sorority pledge class at the University of Texas. Making my way at the big university as a small-town kid, I naively assumed that I would have a lot in common with small-town girls from equally distant provinces in West Texas or the Panhandle. I was wrong. My sisters from Wichita Falls were chicly coordinated by Neiman-Marcus, and to my amazement a girl from Amarillo had recently been photographed by the French fashion magazine Réaltiés. The photograph that identified me during rush was straight from the ’’Best All Round Girl” section of our Texarkana Tiger yearbook; their pictures with the wistful expressions, garden party hats, baskets of flowers and white organdy dresses looked to me as if they had been done by Renoir. I later learned it was Gittings. And besides daddies who dabbled in cattle or oil or just money, the main thing we did not have in common was the Hockaday experience.

As I got to know these young women, I quickly perceived that not everyone who had boarded at Hockaday was a behavior problem. Indeed, a Hockaday teacher would later say of my 1950s acquaintance, “Leg irons could not have restrained that child.” However, in all honesty, it did seem to me that these girls from Hockaday were decidedly less awed by the restrictions set by the university or sorority than I was. I would later realize that a great deal of energy in boarding schools is spent trying to get around school rules. So while I doggedly attended every class — even at 8 o’clock on Saturday morning — and worried about getting caught attending a party in an off-campus apartment or being locked out of the sorority house after hours, they blithely slept late, played a lot of bridge, obtained unauthorized snacks from the kitchen, or called the Chicken Delight delivery boy who agreed to attach boxes of chicken to a string of brassieres lowered from the second-story window.

“I wouldn’t mind being black or brown or green at Hockaday,” says one alum. “I’d just hate to be poor.”

If they did attend an early morning class, it might be in trench coat thrown over nightgown, a tactic learned at Hollins or Connecticut College on the “Texas Plan.” And if the sorority house door were locked when they chose to exit or enter, it was a simple matter to use the downstairs bathroom window. While we drones carefully memorized the sorority rituals, they made hilarious, irreverent parodies of the sacred ceremonies and held mock initiation rites with sounds of screeching owls in their rooms. They sometimes disappeared for weeks at a time to participate in the Tyler Rose Festival or to make debuts, and when the days of reckoning (exam week) came, these spirited grasshoppers seldom had to pay. Their rigorous high school preparation — or was it their inherent glibness? — enabled them to write English and history papers with minimal effort. Or, if worse came to worst, they knew where to get Dexedrine for an all-nighter before the exam. You didn’t have to go to Hockaday to know these things, but I think it helped.

In 1969 I had my chance to go to Hockaday as a teacher of eighth- and ninth-grade English. Although by that time I had acquired a measure of sophistication by working in Washington, spending a summer abroad, marrying an English major turned lawyer, and teaching four years in an Austin public school, I was still mightily impressed with the trappings of this legendary private school. My earliest letters to my parents after I assumed my teaching job recall a headmaster’s dinner with standing rib roast, Caesar salad, and créme de menthe pie. A buffet dinner with resident students and their parents whose nametags read like a Texas Who’s Who was no less sumptuous: chicken Kiev, ham rollups, green rice, plus silver trays of cold shrimp and fresh fruit. Dessert was a fluffy lemon mousse with toasted almonds. Clearly I was done with the gristly Sloppy Joe burgers and jello of my public school teaching days. Gone, too, were the smells of every school building I had ever known. In the cool glassy elegance of this shiny modern building, there were no sweaty, scruffy children with unwashed heads, no odors of bologna or overripe bananas in sack lunches; the chalk dust disappeared from my chalk tray daily, and I never dispatched students to clean the erasers. 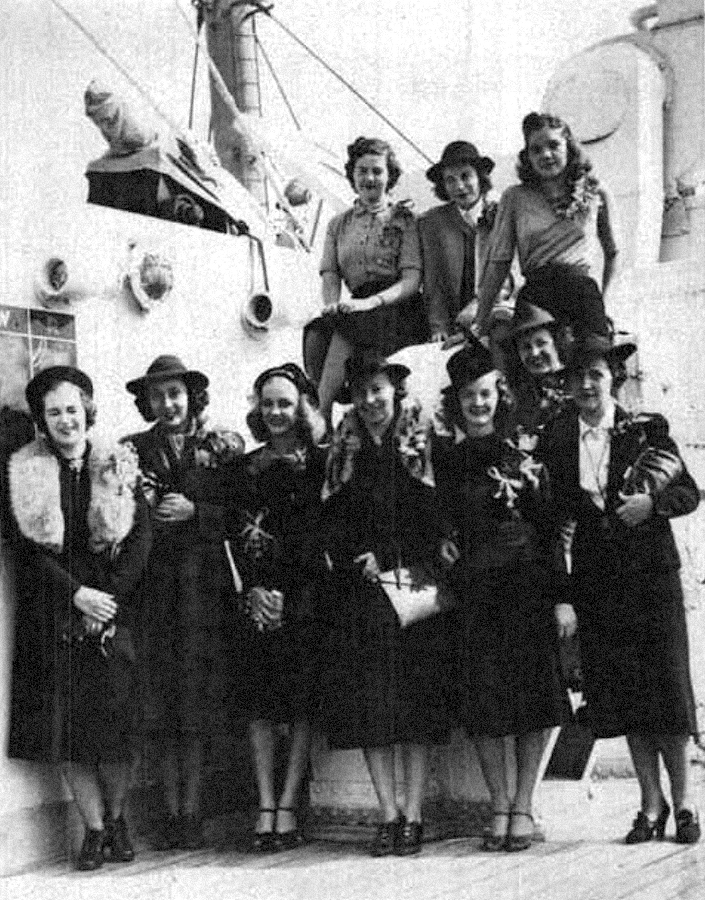 Of my students, I wrote home:

They seem younger than my public school students, perhaps because single-sex education does free little girls to be little girls longer. Seventh-graders still bring their jacks and jump ropes to school, and the playground monkey bars are full of eighth-graders during our morning break. Their enthusiasm for their Green and White athletic competition is phenomenal. They even elect cheerleaders for their teams. I suppose somehow I always associated cheerleading with the male-female mating ritual in public schools. I also had assumed that girls were sent to Hockaday to avoid that kind of inane activity. My eighth-grade girls are as giggly as I expected, but polite and manageable. Students at Hockaday stand when the headmaster or a faculty member enters the room. I still can’t get used to referring to the ninth-graders as First Form. This preppie labeling of the upper-school grades strikes me as a bit pretentious in Texas. In response to my suggestion that they inform me of any special problem they had that might hinder their success in the class, I received this note: “Mrs. Mackintosh, Please don’t let me bite my fingernails in class. I know you wouldn’t like to look at me chewing my fingers, so please help me to stop this awful habit.” Since my duties also include policing their manners at the lunch table, I will feel more like a governess than a teacher by the end of the year.

Occasional references during that year to “my horses” or “When we got back from Christmas in Guatemala,” or “the summer we rented the cottage in Provence” reminded me that, for the first time in my brief teaching career, I was no longer a role model. I often worried about the world history teacher who taught them about countries they knew first-hand but that she had only read about. I sometimes left at the end of the day wondering what business, with a B.A. from the University of Texas, I had teaching 13-year-olds whose life plans already presumed acceptance at Smith, Vassar, Wellesley, or Radcliffe — schools I had never heard of at their age. How different our educational experiences were. They would never know the frustrations of being taught world history by a football coach, nor would any of their classmates become grocery store checkers or beauticians after graduation. I once put aside the Odyssey to read my students a poignant Larry King short story from Harper’s about a carhop. Perhaps I reasoned that with little assistance from me, Hockaday girls might meet noble Greeks on ships, but never would they encounter a carhop with a boyfriend in Viet Nam.

Miss Ela Hockaday, the school’s founder, had died 13 years before I came to Hockaday. Indeed, she had taken no active part in the administration of the school since retiring in 1947. But her influence was still apparent even to those of us who were too busy, or too young, to be interested. A tall fragile lady named Miss Bess Funk, whose primary function seemed to be greeting guests in the foyer and carrying the mail from office to office in a wicker May basket, was one obvious link with the past, as was Miss Kribs, a 1921 graduate and former Idlewild debutante who had been in continuous employ of the school for 48 years. I was warned about her the day I arrived. Everyone said the same thing. “Miss Kribs is worth her weight in gold. She saves the school so much money by accounting for every paper clip, but you might save yourself some sermons and tongue-lashings by purchasing your own supplies.” Miss Kribs wore her hair in a net and reminded me of a bulldog. Her seniority gave her certain liberties. I noticed at once that she called all of the teachers by their last names, drill-instructor fashion. More than once I saw the headmaster, Robert Lyle, stop dead in his tracks when she barked, “Lyle!” I checked my book orders for Miss Kribs more carefully than my students’ papers. Pity my colleague who went to the bookroom to fetch her classes’ copies of Lorraine Hansberry’s Raisin in the Sun only to find that Miss Kribs had ripped the front covers off. “Joyce [her last name], you didn’t tell me you were ordering books with coloreds embracing on the front. I cleaned them up as best I could,” growled Miss Kribs.