When those who visited The Ticket Compound tell stories about it, they are often dominated by Williams and Keith—Greggo and Gordo—the charismatic, country-bumpkin neat freak and the devilish, 23-year-old wild man with an intellectual streak and little interest in sports.

Williams paid an extra few hundred a month and took the master bedroom, where he kept his collection of Playboy magazines. Miller and his college roommate Walton (known to listeners as “our neighbor Tom”) shared a Jack-and-Jill bathroom in the “children’s” wing of the house. Gangi was a slob, and not long after they moved in, the hosts would relay stories on air of Greggo wandering the house, angrily picking up Gangi’s food-crusted plates. Then at night, groceries would disappear.

“It was always Greggo who ate the ice cream because he was a big late-night eater,” Miller says. “And he would always have a really poor excuse the next day, like ‘I was afraid the refrigerator was going to shut off, and it was going to melt, so I better go ahead and eat it.’ ” 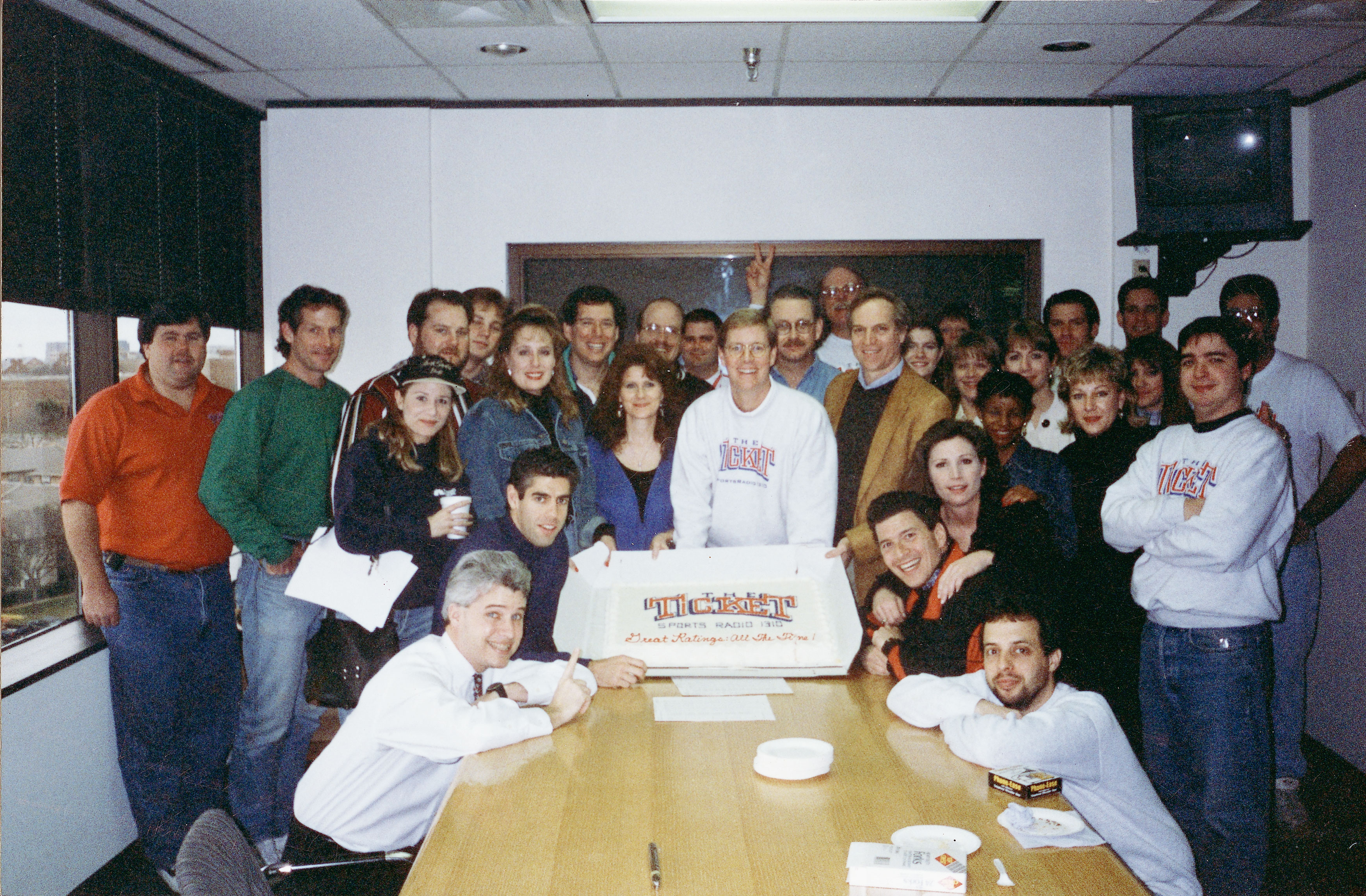 The Ticket celebrates its 1-year anniversary
Keith built a reputation for nailing farcical imitations of sports figures, particularly Cowboys owner Jerry Jones. But perhaps his most popular impersonation was one of Williams called Fake Greggo. Drawing from life at The Compound, Keith would blabber in a wild redneck drawl, cracking about the many meals Greggo ate each day, which inevitably included courses of “hog” and “fence.”

“The whole thing was comedy,” Williams says. “All we did was either go to Louie’s and drink, or we’d sit out by the pool, and Gordo would play guitar, and we would crank phone-call other radio stations.”

Most of the station’s listeners didn’t know where The Ticket Compound was, but they all knew about it. The stories of the late-night antics became staples of the broadcasts, stories of Keith on the back porch with his guitar egging on Miller to leap off the roof and through a plastic tube floating in the pool.

“We were all in our 20s, and whatever circle of friends you have, someone always had the party house,” says Jeff Catlin, who started at The Ticket in 1994 as a producer for The Hardline and is now the station’s program director. “On the air, it’s very relatable for everybody listening. That was part of the mentality of the station. We would do broadcasts out there by the pool, cookouts, and they would ghost-ride bikes into the pool—and it would make the air.”

For Memorial Day 1995, Williams had an idea. The rest of the working world was off, so why didn’t the hosts pretend they were off by doing a day of broadcasts from The Ticket Compound? That morning, The Ticket’s remote truck pulled up to the house and extended its 40-foot mast. Later on, an early frequent caller nicknamed “Nascar Dennis” pulled up a trailer with a grill mounted on the back and began cooking for the hosts.

“Greggo loved the pool or the lake,” Miller says. “So he came up with it because he would rather be in the pool than on the air.” 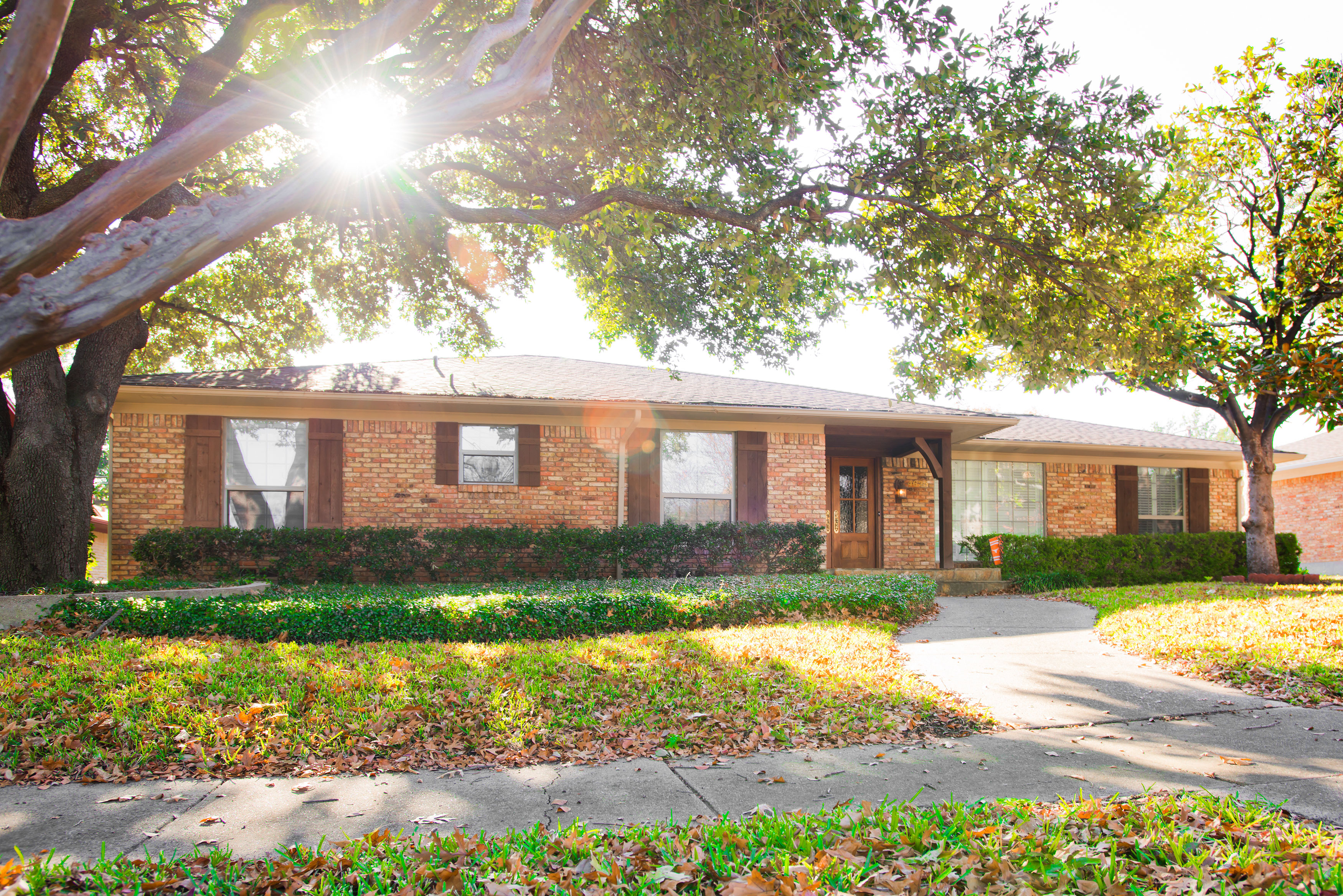 The house where Ticket co-hosts lived
Corby Davidson, who now co-hosts The Hardline with Rhyner, started at the station as an intern, eventually working his way into the lowliest job, the weekend overnight board operator.

“I was such a low-level minion,” Davidson says. “But I always wanted to be a part of that because you were petrified if the group was together that you were going to miss out on stories.”

One of those stories involved a Fourth of July party at The Compound when a few people grabbed Curt Menefee—now host of Fox’s NFL Sunday, at the time a CBS 11 sportscaster with a show on the station—and hurled him into the pool.

“It was a nightmare,” Davidson says. “He couldn’t swim. And the look on his face, it was full panic. That stopped things down pretty good.”

In hindsight, few of the shenanigans that transpired at The Ticket Compound rise to the level of mystique that surrounds it. That, too, is part of its magic. The Compound was, in many ways, the kind of house that so many young men live in after college during that limbo period before the responsibilities of adulthood fully kick in.

Adulthood had already kicked in for some. Like most of the guys at the station who were already married with kids, Dunham didn’t frequent the house as much as the others, but he’d go for parties and bring his kids over to swim.

“We were all in our 20s, a bunch of idiots,” he says. “I kind of lived vicariously through those guys.”

So did the listeners. The stories  turned the all-sports station into something closer to a sitcom, with recurring characters, stories, jokes, and jabs floating on top of the day’s Cowboys chatter. It made listeners feel part of the life of the station in a way no other radio station at the time did. And Nascar Dennis wasn’t the only listener who came to the house to pitch in. There was a woman nicknamed Judy the Ticket Chick who would come by and clean the pool for free. Another devoted listener, a higher-up at the Miller Brewing Company, delivered pallets of beer to the front door.

These listeners were eventually termed “Ticket P1s,” a moniker Miller would later adopt, using insider radio parlance to describe the station’s most obsessed listeners. It’s a classic example of what started around the time of The Compound, exposing the station’s behind-the-scenes goings-on to the listeners to draw them deeper into The Ticket world.

“A lot of lines got blurred back then,”  Rhyner says. “It was very hard to tell where the show stopped and the real life started.  And I bet that was especially hard in that house. But that’s the way it was for all of us back then. We had everybody pulling in the same direction, and, by God, we were going to make this work.”

And somehow it did.