We started as a city magazine publisher in 1974. Today we live both on and off the page, an online, print, custom content, and events company. We explore, test, invest, and launch continually, responding through multiple platforms to the evolving needs of a fast-growing city. Our belief is that excellence is irresistible — and trust is irreplaceable. By serving our readers and viewers first, we are able to connect them to the highest caliber of advertisers and marketing partners, with channels and audiences to meet every need.

We serve communities of interest in and around Dallas with the mission of making Dallas an even better place to live, work, and play. Our editors are peers to our audience, giving them the resources they need to enrich their lives and inform their work. We are deeply involved in our communities. We are strictly local. We deal with life where it is lived.

The D brand represents authority, style, and boldness. We are not shy in our opinions because we are fervently in love with our city. In everything we do, we want to demonstrate, highlight, and encourage the best in our city. Sometimes we are critics, sometimes we are promoters. We are always independent.

We know our audiences. We serve them. We are joined with them in a common enterprise of constant enhancement and growth. And nothing could be more fun. 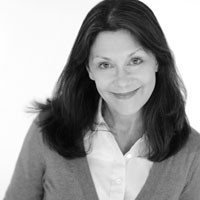 Christine Allison first worked as D Magazine’s promotion manager in 1976, after a foiled attempt to start a newspaper for the Park Cities. After six years, she left D to create a boutique advertising agency, which served national and local clients. She sold it when she decided to move to New York with Wick Allison, with whom she now has four (remarkable) daughters.

Christine has written thirteen books. Her range is wide, from John Paul II: A Tribute in Words and Pictures to 365 Days of Gardening, and Tell Me a Story, I’ll Sing You a Song. In addition, she was a contributor to Reader’s Digest for ten years.

The Allisons moved back to Dallas in 1995 to assume ownership of D Magazine, and a few years later decided to acquire Park Cities People. Full circle, if you will.  In 2000, she created D Home, and shepherded the creation of D Weddings and D’s award-winning website, Dmagazine.com.

She now has assumed the mantle of Editor-in-Chief and CEO of D Magazine Partners, and is responsible for all editorial and operations, as well as D Custom, a nationally-recognized content marketing agency. 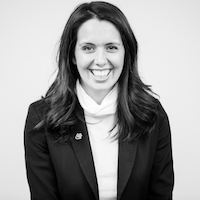 Gillea Allison is currently the president of D Magazine Partners, responsible for advertising revenue, partnerships, and marketing for the D brands. She also oversees the People Newspapers division.

She previously held roles as Director of Marketing for the company and Associate Publisher of D Home. Before moving back home in 2016, she managed and grew Blue State Digital’s key nonprofit, advocacy, and brand accounts and technology suite partnerships in New York. She has also held roles in political campaigns, and was a brand marketer for Method Soap. She’s currently an Executive Board member of Dwell with Dignity and the Coalition for a New Dallas, and in the Dallas Regional Chamber’s Leadership Dallas Class of 2020. 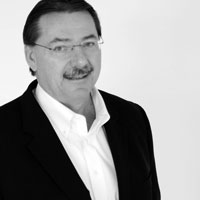 Thomas L. Earnshaw possesses more than 40 years of broad-based financial and operating experience. Tom joined the company in 2002 on a part-time basis as a partner of Tatum CFO Partners, which he joined in 2000. Tom became a full-time officer of D Magazine Partners in 2006. Prior to joining Tatum CFO Partners, he spent 18 years in the recycling industry and three years in the retailing industry holding CEO and CFO positions in both private- and publicly-held companies. Early in his career, he served as a public accountant for KPMG. He is a certified public accountant and a member of the American Institute of Certified Public Accountants. Mr. Earnshaw holds a BBA in Accounting from the University of Hawaii. 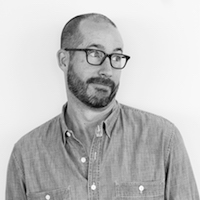 Tim Rogers is the editor of D Magazine. He came to Dallas from Los Angeles in 1978 and graduated from Cistercian and the University of Notre Dame. He was an editor and columnist for The Met and, for a time, he co-hosted Early Merge With Tim &amp; Yvonne on 93.3 FM. In 2012 he won a National Magazine Award for his profile of Barrett Brown. 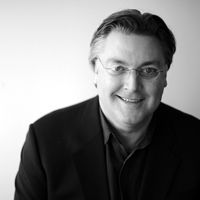 Paul has over 25 years of experience in providing Fortune 500 companies with marketing insights and best-in-class results. As President of D Custom, he helps our clients keep pace with how technology is changing their customer relationships and enables them to deliver more rewarding brand experiences through great content. His approach? Great content marketing is an iterative process based on applied experience and quantifiable results. Successful campaigns start with customer purchase behavior, deliver a relevant and compelling value proposition, and end with clear performance indicators that enable continuous improvement.

Paul spent his early career within the Omnicom Group of agencies leading successful campaigns for dozens of companies, including Hewlett Packard, Travelocity, AT&T, Dell, Disney, and Hyatt Hotels. After Omnicom, Paul consulted for two large private equity firms, providing insights into the marketing operations of their portfolio companies and leading the charge on behalf of several key investments. He specializes in strategic planning, content marketing, marketing analytics, and marketing technology. 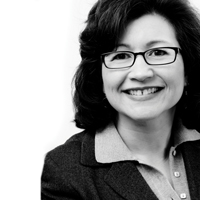 Patricia “Pat” Martin return to D Magazine Partners and People Newspapers in August 2012. During her hiatus from publishing Martin delved into non-profit serving as the Director of Operation at The Dallas Institute of Humanities and Culture. She also pursued one of her passions (sustainability) and consulted for Recycle Revolution a grassroots recycling company, where she developed a food composting program for Dallas area restaurants and bars.

From 2004-2010 Martin was the General Manager of D Magazine Partners where she was instrumental in establishing structure and implementing processes during a critical growth period for the company.

Martin has served on the Board of Directors for Bryan’s House and as Board President for DIFFA (Design Industries Foundation Fighting AIDS). She currently serves on the Holy Trinity Catholic Church, Parish Council, TASC Force and Welcome Ministry.

Martin is a transplant to Texas, originally from California, but calls herself a Texan after being here for nearly thirty years. 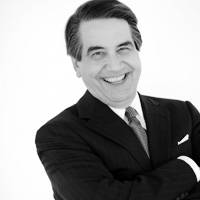 Wick Allison is the founder of D Magazine Partners. He was a fifth-generation Texan who was born and raised in Dallas and attended the University of Texas. Wick is a magazine guy. He was editor of the student magazine at UT and, with Jim Atkinson, came up with the idea of a city magazine for Dallas. He dropped out of SMU’s Cox School of Business, after developing a business plan and raising money in 1974 to launch D Magazine, the fifth city magazine in America (after Philadelphia, San Diego, Chicago, and New York). Today there are over 200 city magazines.

After leaving D in 1981 to move to New York and before returning in 1995 to resuscitate the magazine, Wick bought and led the turnaround of Sport magazine, founded Art & Antiques, served as publisher of National Review, edited The Bible to be Read as Living Literature, and wrote That’s in the Bible? and Condemned to Repeat It: Lessons of History for Leaders. He also learned how to fly fish.

Wick was also the former chairman of The American Conservative in Washington, D.C. and founder of The Coalition for a New Dallas, a civic enterprise dedicated to instilling urbanist principles in remaking our city. He died on September 1, 2020, after a long bout with cancer.