Richard Arnold has a thin, shiny scar just above his left knee. In the early 1970s, he spent his days on landowners’ property, cutting wood in the thickets of rural Oklahoma and hauling the logs to Texas to sell. It was a Friday in 1976 and Richard was out in the forest, alone except for an old tractor and a freshly sharpened chainsaw.

“I was in a hurry, rushing so I could go pick up the love of my life,” he says, his voice a country drawl. As he daydreamed, he stepped over some brush. The chainsaw dropped a little and when he looked down, he saw a tear in his jeans, thinking it was a close call until he felt something warm.

“When we first started, all we had was our youth and a $500 junky old truck.”

From his office in a modest trailer situated at the head of a three-acre lot filled with piles of logs, he examines his old scar with a nostalgic grin. Outside, forklifts pluck up bundles of timber. Trucks idle, ready to load wood and carry it off to a destination—maybe some trendy Dallas restaurant like Smoke or Cane Rosso.

Richard, 60, and his brother, Rodney, 63, have been in business together for nearly 40 years. Their company, Arnold Brothers Forest Products Inc., was once little more than a couple of country boys picking up sticks to sell. The brothers are two of six siblings raised in Atoka County, Okla., by their tough, self-sacrificing mother. (Their father, a World War II vet, died when they were kids.) When Richard was in high school, he and his eldest brother hauled chopped wood down to the Dallas-Fort Worth area. They’d pan out to different neighborhoods in the suburbs and peddle firewood.

“When we first started, all we had was our youth and a $500 junky old truck most people would be embarrassed to be seen in,” Richard says.

His eldest brother, Michael, soon quit, but selling wood was all Richard had ever known. He’d spend the winter months hauling logs down to the Texas suburbs and hauling back anything he didn’t sell. Meanwhile, Rodney had purchased property in Irving and was dabbling in wood sales while working at a newspaper press. He realized that his expansive lot was a good place for Richard to stash firewood and, in 1976, the two brothers were drinking beer when Rodney said: “Would you be my partner? And I don’t mean work for me, little brother.” 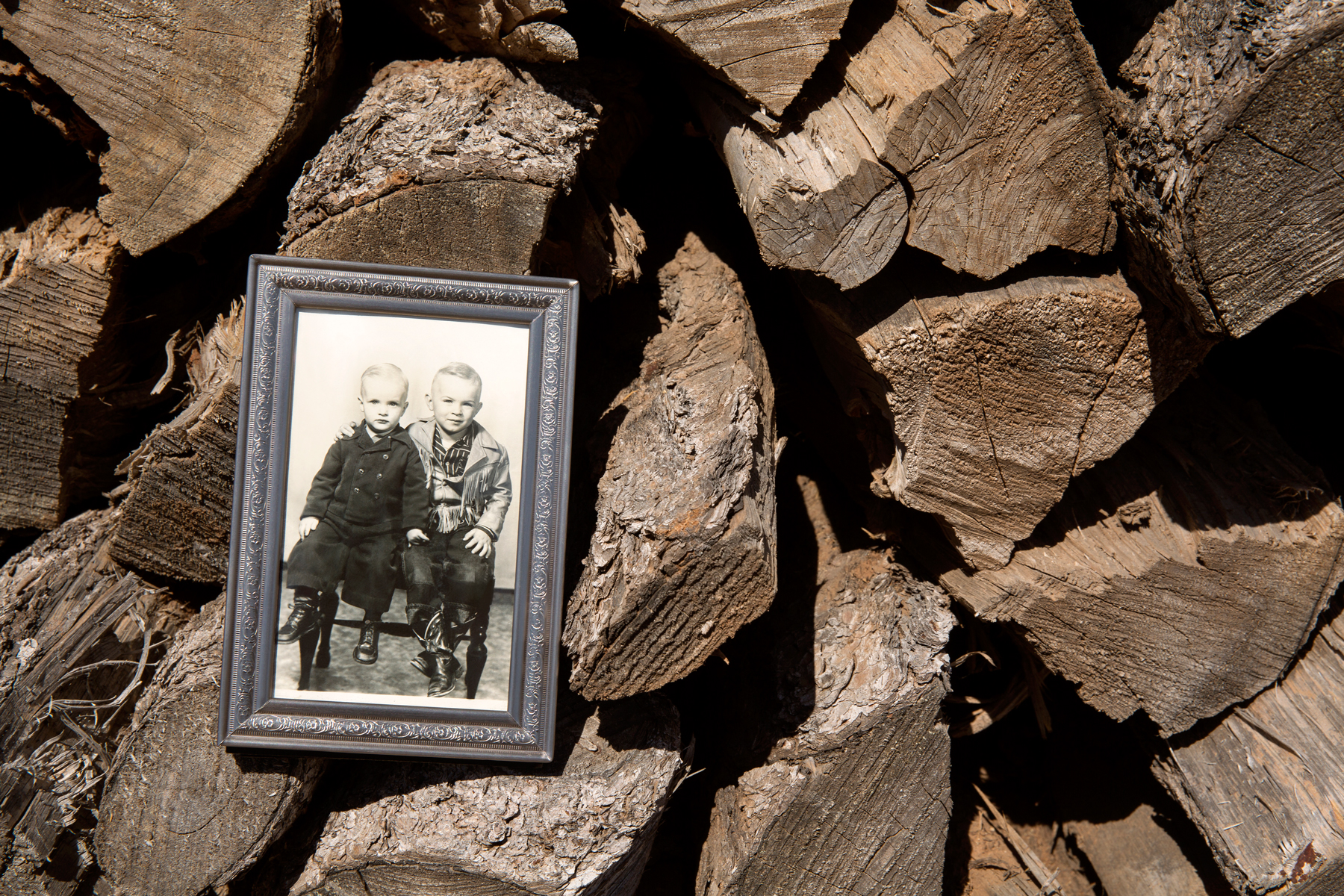 FAMILY MATTERS: Richard (left) and Rodney Arnold are two of six siblings raised in Atoka County, Okla. They were encouraged to seek work in Texas.
They sold wood to local smokehouses, but winter firewood remained their mainstay. The brothers also started a roofing company, working during summers to make ends meet. They caught a break in the late 1980s, with the rise of what Richard calls “natural cooking.”

“That’s when everything changed,” Rodney says. “There was a skyrocket of businesses using wood—Mexican food, seafood, pizza ovens.”

Dallas-Fort Worth eateries rely on the Arnold brothers for different types of firewood.

Fearing’s at the Ritz-Carlton
Mesquite

Soon, in addition to supplying grocery stores like Albertsons with their winter-months firewood, the Arnolds began receiving calls from local restaurateurs who needed a reliable stream of wood to fire their ovens. Other wood peddlers drove their goods down from Oklahoma, but the Arnolds’ Irving hub guaranteed on-time delivery. The craving for wood-fired food lasted throughout the 1990s and is still going strong today. When the brothers first started out, they were lucky if they brought in a few thousand dollars per year. Now, their company generates several million dollars annually.

Boiled down, their process is simple: Rodney procures the wood and Richard moves it. Their oak, hickory, and pecan come predominately from Oklahoma, and they have a hub in West Texas that ships out mesquite. (They occasionally import fruit woods and piñon pine, too.) Rodney manages their 40-acre facility in Boswell, Okla., where the wood comes in at tree-length and is processed into fire logs. From there, it’s sent to other parts of the country for sale or down to Irving. Richard manages the Irving lot, which serves as a main hub where the processed wood is sorted and shipped to restaurants all over the Dallas-Forth Worth area, the Arnolds’ largest market.

When Richard asks his sister Janice (who also works for the company) to bring him a list of clients, she returns with a stack of more than 40 printed pages. The Dickey’s Barbecue family was one of the Arnolds’ first clients.

Richard uses a flip phone and keeps his notes on old index cards. He remembers all his clients’ wood preferences, can project when a company will run out a product, and always issues a reminder call. “I tell them, ‘This is Rick, your hick from the sticks,’” he says.

Both men are slowing down. They hope to pass the business to the next generation soon. Richard’s wife, Marie, and son, Lennon, already work for the company, and Rodney’s son-in-law is interested, too.

Just before 5 p.m., Richard exits his trailer. The Arnold brothers have come a long way in their 39 years in business together. Long gone are the days of dangerous logging excursions and subsequent scars. Richard blinks in the light of the Texas sun and then heads back to his office.