The National Low Income Housing Coalition this week released a report it calls “Out of Reach,” as in, “affordable rental homes are way out of reach for most Americans and good God have you seen what a two-bedroom goes for in Uptown lately.”

The report calculates a “housing wage,” or what a 40-hour-a-week worker must be paid to afford a “modest home,” defined here by HUD’s standards for fair market rent. An affordable rental rate is defined as less than 30 percent of a worker’s income. Some sobering national numbers from the fact sheet here, including that, to afford a reasonably priced rental on the federal minimum wage, in most states you’d have to work something like 99 hours a week. Now let’s look at some Dallas ZIP codes, with the caveat that ZIP codes can be a misleading way of organizing neighborhood data.

Here’s 75204, including parts of Uptown and some Old East Dallas. Recall that the “housing wage” is how much you need to make hourly to pay rent, without coughing up more than 30 percent of your income. 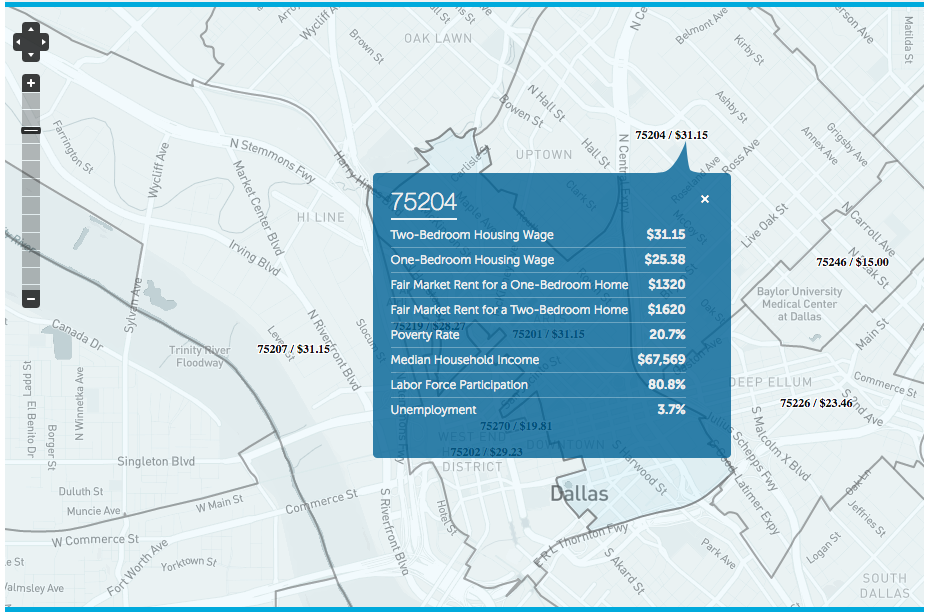 Now 75201, including the east side of downtown, some Uptown, and the Arts District. 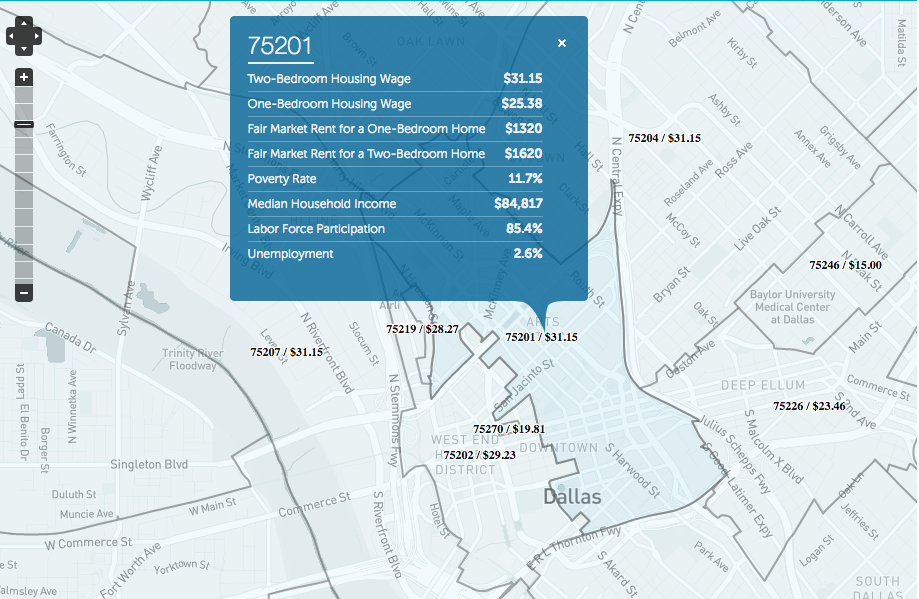 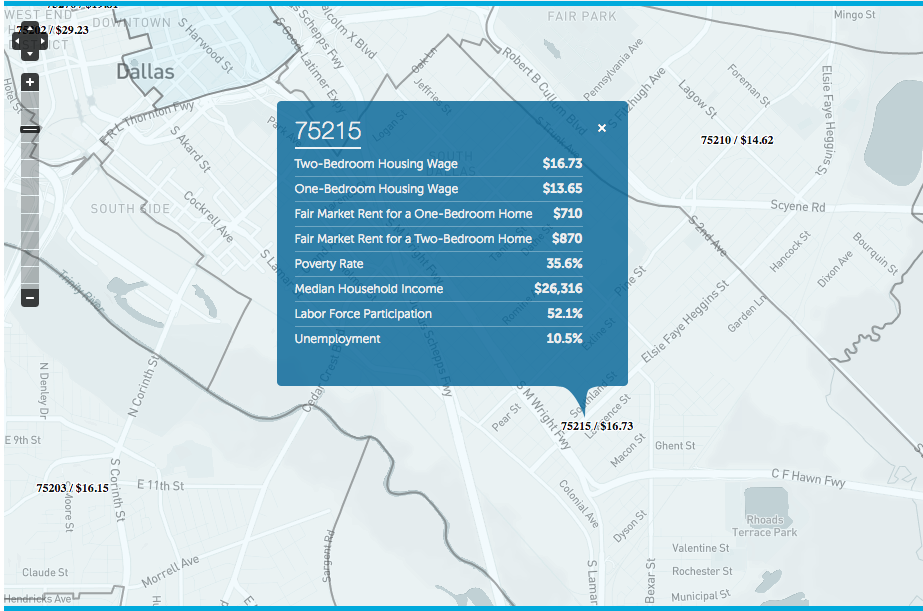 75214, a big one including Lakewood and chunks of East Dallas to the west of White Rock Lake. 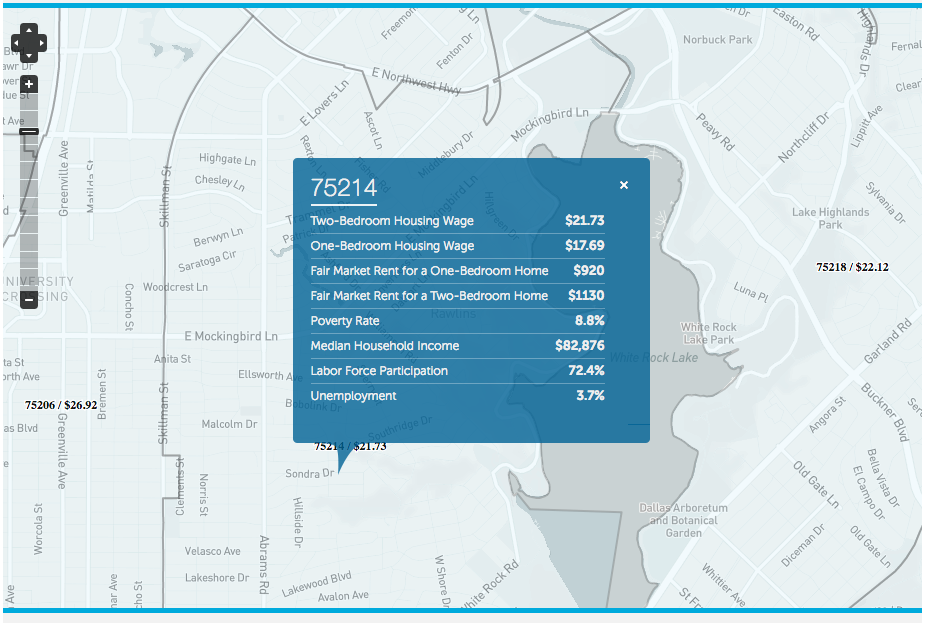 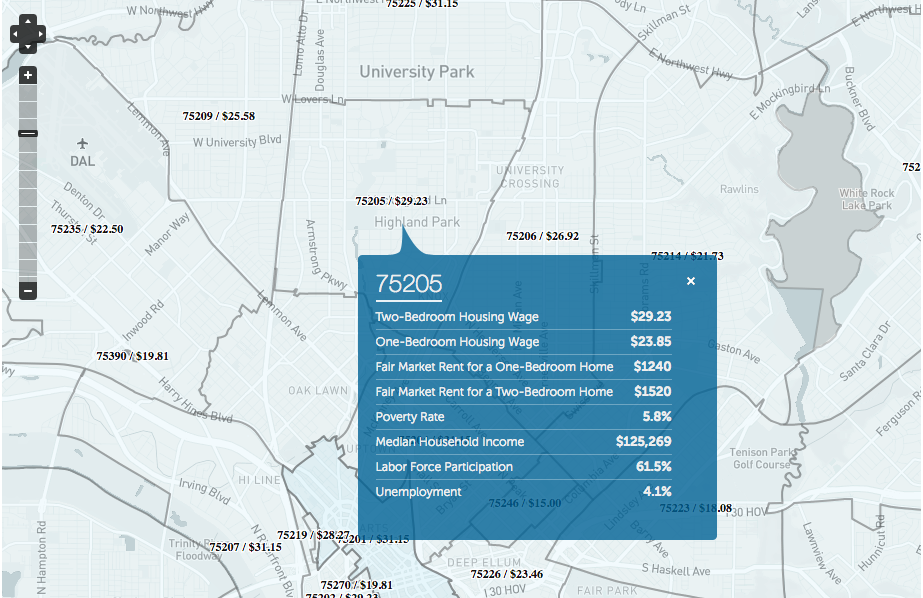