Well, I hope you didn’t bet your limited edish bottle of Patron that Tesar would win this whole thing, because The One And Only Scorpio Eagle just got kicked all the way off of Top Chef.

What’s worse? He didn’t even hit anyone in the face after they told him to pack his knives and go. 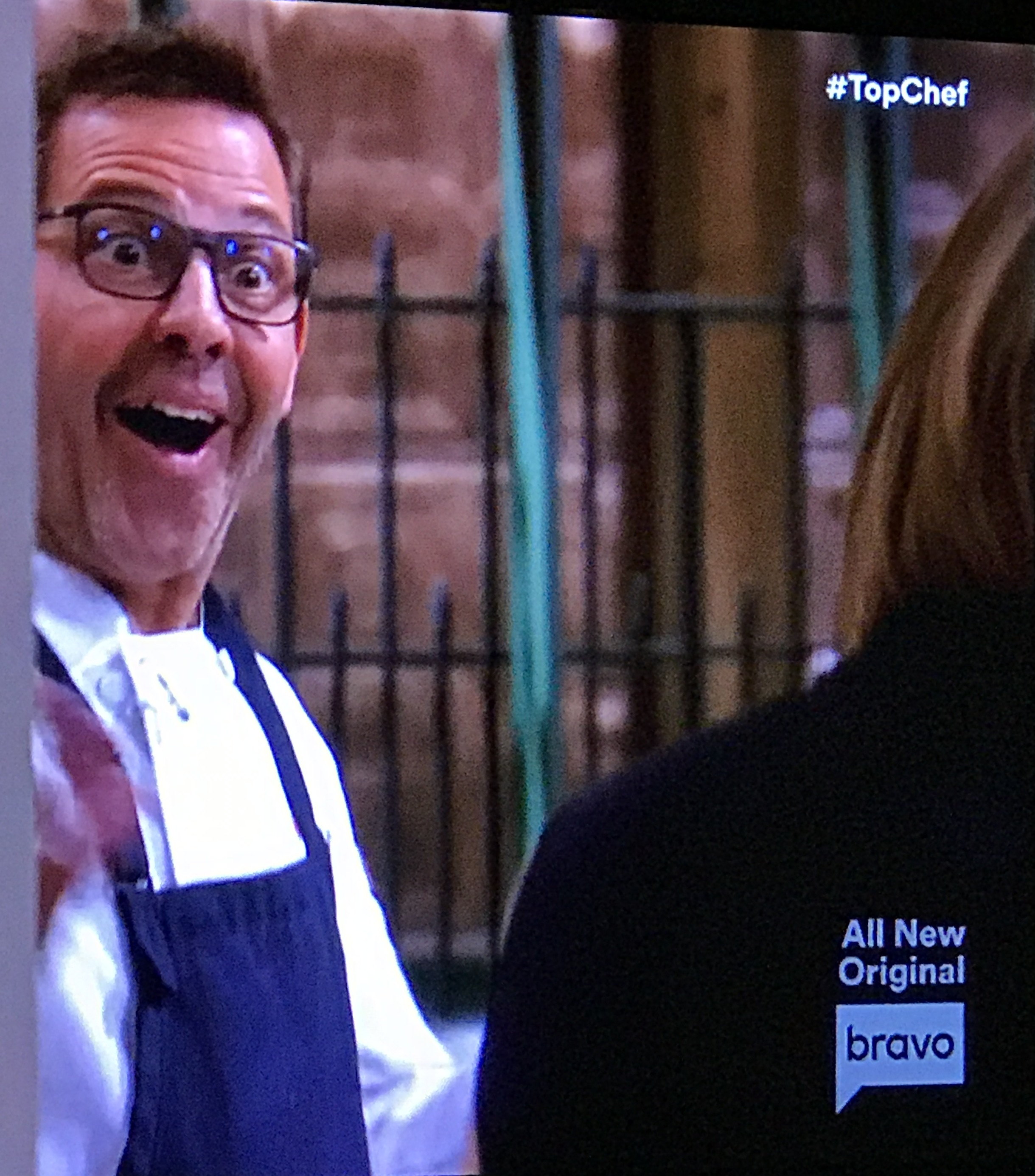 I thought for sure that would have been in his contract with Bravo. “So, you’ll talk the whole season about how you’re a changed man, ya know meditation, growth, yoga, counseling, meditation some more, and then when you inevitably get kicked off—POW! You gotta kick a piece of the set, rip your mic off and pop someone right in the ear. We don’t care who.” 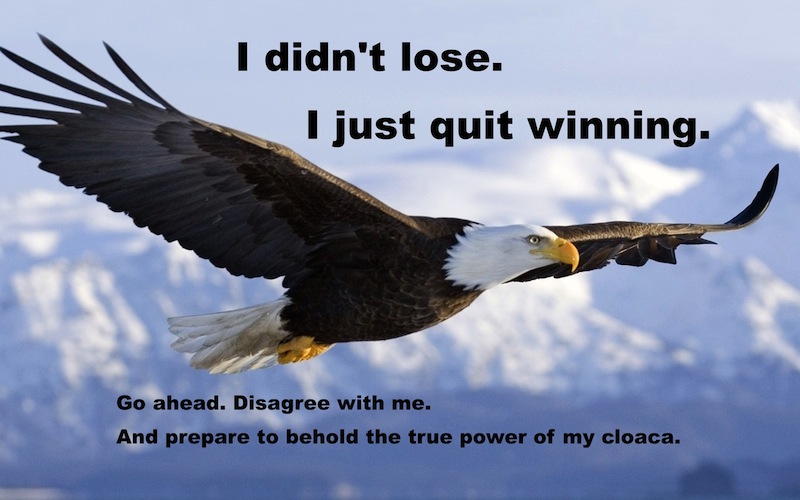 The elimination challenge was straightforward: Make a creative Patron margarita (sidebar, if you took a shot of Patron every time you heard the word “Patron” uttered or saw it on screen, you’d be in the hospital. It was a very “Sponsored By” episode) and pair that with an awesome dish.

Tesar decided that instead of putting a bunch of crap in a margarita that nobody wants, he’d make it like you’re supposed to: three parts tequila, two parts citron, one part lime juice. He added cherimoya on the rim, which is what I’m naming my metal band. With that, he served caldo verde con pollo.

The judges said the “cocktail completely washes out the soup” and sent him home for it. Which sucks! Nobody wants to watch this show without a Tesar on it. So what if he had the worst dish? Keep the dang dude on the dang show if you want us to watch it.

Top Chef without a Tesar on it is like eating a hamburger with no bun. It’s like waking up 10 minutes early. It’s Macklemore. It’s like 10,000 Spoons when all you need is a Knife. It’s living in a world without cleavage. Put simply: it’s super lame. 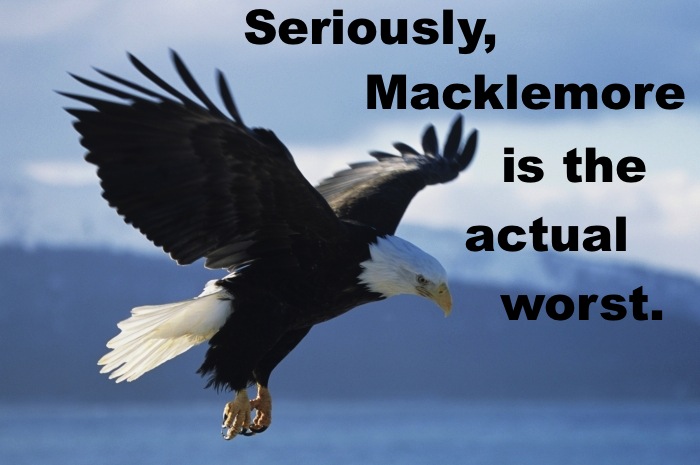 And I, for one, won’t watch it, because who cares. I can already tell you how it goes: chefs don’t get to use tools for the challenge, there’s a “WHOA HABANEROS ARE SUPER SPICY” montage, nobody yells, and Sheldon wins by serving the perfect dish highlighting his past, present, and future as a super cheffing chef. Probably there’s poke. THE END. Spend the hour I just saved you fully cussing out some unsuspecting person, since Tesar won’t be your cuss puppet anymore. Pretty sure self-help just killed Top Chef. Seriously, what is this show without conflict? It’s not like I watch Top Chef because I like the taste. I’m so mad. Damn you for your personal growth and adulting and good-sportsmanship and for acting like a nice person, Scorpio Eagle. This is the worst.

We’re Pretty Sure Tesar is Going Through Manopause, On National TV