YOU GUYS, I have the best news: We’ve been waiting (somewhat) patiently, like a 12-year-old boy hoping for Sloane to to have a wardrobe malfunction in the hot tub in Ferris Beuller’s Day Off, and something totally amazing finally happened! JOHN TESAR FINALLY CRACKED!! And it wasn’t angry angriness spewing all over some poor, sweet, innocent person—John F. Tesar finally showed up pissed off at someone with whom he had every right to be frustrated!

He’s been keeping his feelings in check this whole season, and while we’re all proud of his personal growth and the whole “I’m trying to go Next Level Scorpio and become an eagle” crap, it’s super boring to watch on television.

Thank the Truffle Gods that Restaurant Wars showed up to save the dang day. Every season, Top Chef has a challenge that can force even the nicest chef you’ve ever met turn into a rage-filled, unintelligibly yelling and groaning and skyline-stomping Stay-Puft Marshmallow Man.

Unlike most episodes, this one gloriously kicks right into the Elimination Challenge without any QuickFire bologna sandwich. The eight chefs are split into two teams, and challenged to build restaurants from scratch. They have full creative power to create the menus they want, the design they want—it’s the perfect way to bury them in stress and panic.

Tesar is one of the last chefs chosen, and ends up on Katsuji Tanabe’s team with Casey Thompson and Sheldon Simeon. Katsuji decides that he would like to make three dishes on the team’s menu, for some unknown reason, and despite the fact that Sheldon offers to be executive chef of the restaurant, somehow Tesar ends up taking on that role.

Everyone watching, even the people who are bad at math, immediately adds up that at the end of this episode there will be a final showdown between Tesar (the executive chef running expo) and Katsuji (the chef who will be forced to fire waaaaay too many dishes at once).

Cut to Tesar drowning in the sweaty weeds in expo during service. Everything goes to crap and the F bombs start bombing. Cut to the judges trashing Tesar’s dish: “It’s slimy. I can’t taste the crab.”

As service hits its ugliest point for his team, Tesar calls for them to plate 17 desserts at once. He’s flailing. Casey is supposed to be hosting, but stays back in the kitchen to help put out the dessert-plating panic-fire. There is simply no way Tesar gets to survive this episode without being kicked off of the show. 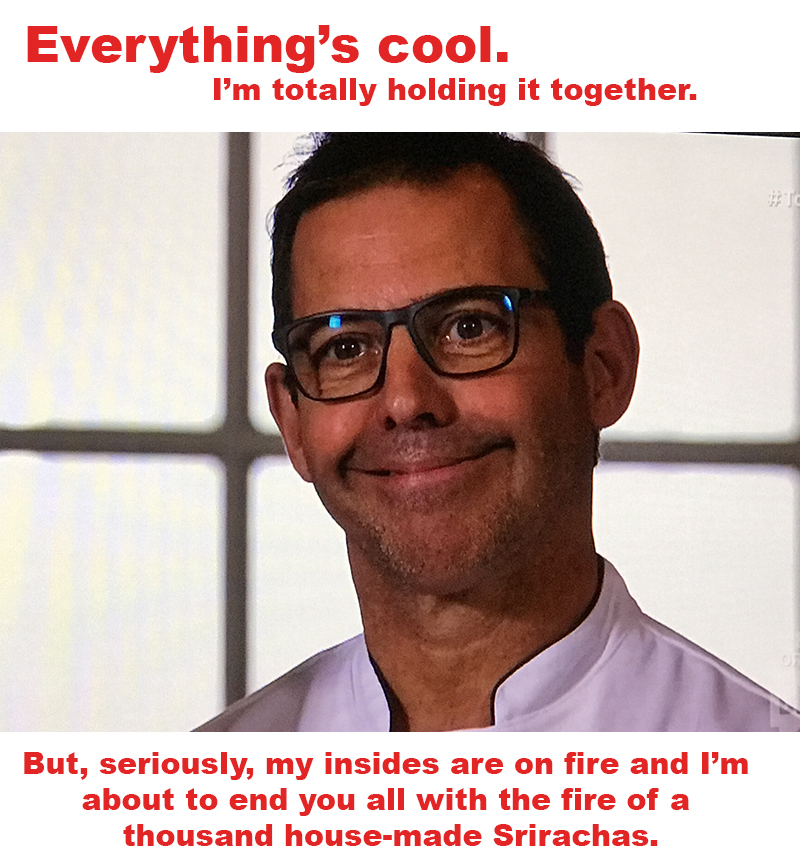 And that’s when it happens: A small crack opens in space and time and Tesar’s left arm turns into a wing. He looks a little surprised, but then he drops an F bomb and his right arm turns into a wing. Then, he calls Katsuji “nasty” and “a pig” and says “I’ve never seen such a dirty kitchen.” A beak shows up on his face in place of his nose. John F. Tesar is showing up and blossoming into the Scorpio Eagle we all wanted him to become.

As his frustration peaks and he continues to lay into Katsuji, you can see that Tesar is worried he is going home. Casey asks him how he ended up as executive chef if he didn’t want to be in the first place, and this is when Tesar goes FULL F. EAGLE: “Because I was trying to be nice. And this is what you get in return.”

Tesar flaps his eagleman wings and soars above all the other chefs as he teaches me a new term: “Rat f*cks.” I understand the term to mean that Katsuji has upset him. His rant continues at breakneck pace and for once, it seems like everyone in the room agrees with him. Sheldon isn’t asking him to calm down. Casey isn’t holding him back. Everyone’s just letting the John F.T. Eagle soar. 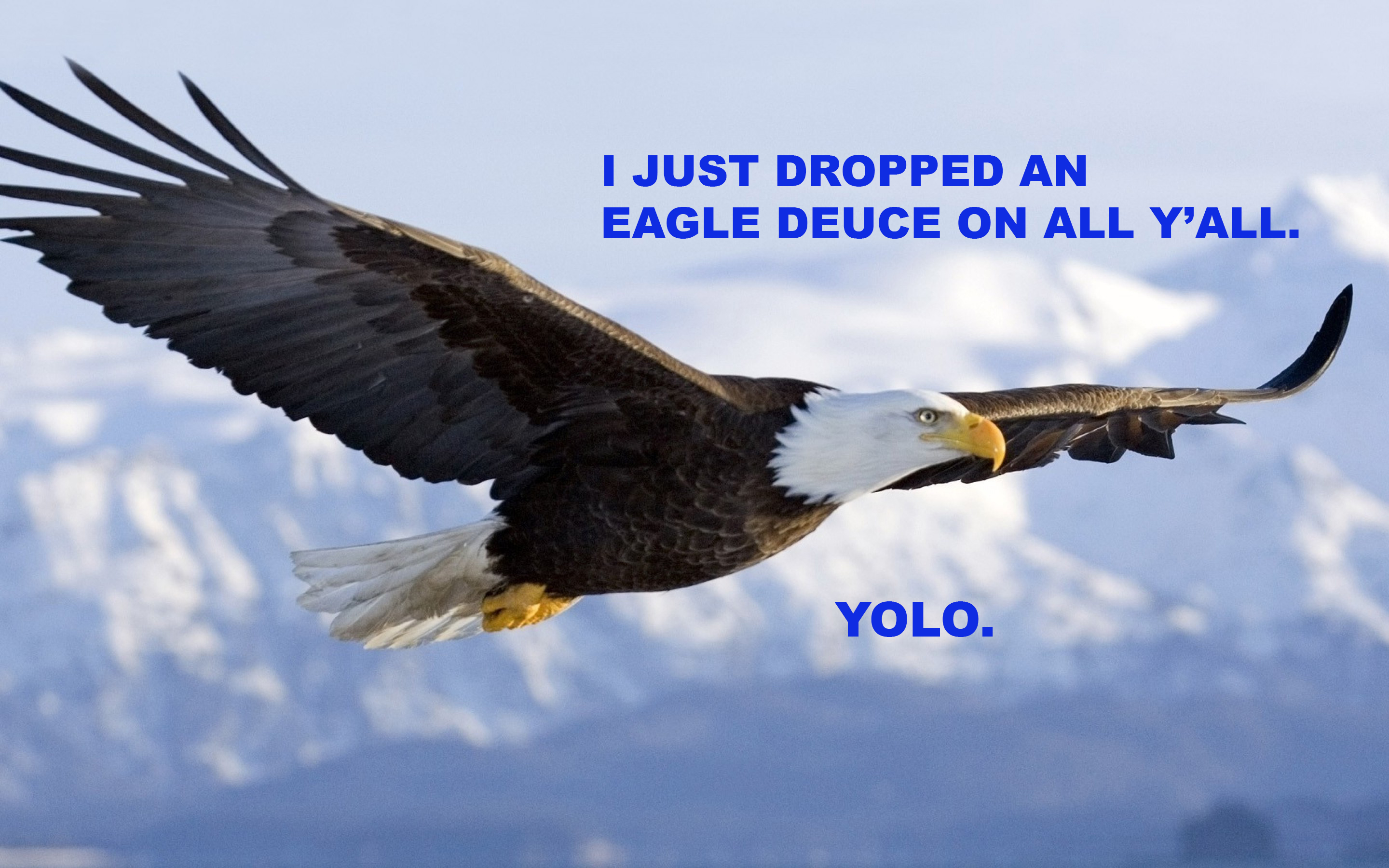 And then, Katsuji has the best reaction of all reactions in the world: the slowest slow clap to ever have slow clapped. I am so proud of the editing team of this show in this moment. This clap goes on forever.

And somehow (*cough*ratings*cough*), despite the fact that he served the worst dish on the team and despite the fact that he was the Executive Chef of the team, Tesar is not the one held responsible for the loss. The judges choose to send Katsuji home, and we all breathe a sigh of relief. The Eagle is here to stay, folks. I can’t wait to see what new bad words he teaches me next week. #ratf*cks