Plus, reviews of Kurt Eichenwald's memoir and longtime NFL beat reporter Gary Myers' take on the history of the Cowboys.
By October 3, 2018|10:00 am

There are times that Beautiful Country Burn Again: Democracy, Rebellion, and Revolution (Ecco, $28, out now) reads like a novel, at least in part because everything about the 2016 presidential election, up to and including the result, was so insanely dumb that seeing it all in one place feels like it could only be the work of a fiction writer at the top of his game. Reality heightened, taken into the realm of the absurd to provide commentary on the moment, like Ben Fountain did with football and faith and Fallujah in his bestselling Billy Lynn’s Long Halftime Walk.

But it all happened. The stumblebum shenanigans and various malfeasance of Donald Trump and his cohorts, yes, and also the all-thumbs exploits of Hillary Clinton, Bill Clinton, almost the entirety of the Democratic Party, Ted Cruz, and generally anyone involved in politics in the past three decades or so. Some of it is so on the nose—a still-free Paul Manafort accidentally referring to Trump’s “bad personality” instead of “biography” at the Republican National Convention in Cleveland—that you’d groan if it wasn’t pulled from Fountain’s notebook.

Beautiful Country Burn Again reads like a novel because it actually is the work of a fiction writer at the top of his game, one who has decided to become a reporter so that he can provide an alternate state of the union. Fountain brings with him an unblinking eye for detail and a sardonic style that can’t quite hide his earnest beliefs and occasional naked rage. His tone is somewhere between Hunter S. Thompson (who makes a brief cameo) and satirist Christopher Buckley.

Covering the election from near and afar, he provides ample evidence to back up his theory that, for the third time, the country is facing a crisis that will force it to reinvent itself, to burn everything down in order to restore our democracy. Not save it—it has already been lost. Or, more accurately, taken. A strong statement, to be sure, but Fountain backs it up and then some, from the campaign trail and with a library of research. You only wish he’d made it all up. — Zac Crain

A Mind Unraveled: A Memoir 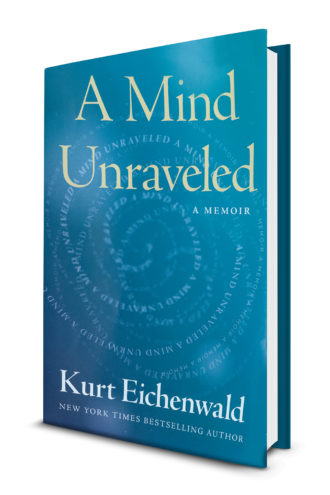 Kurt Eichenwald is probably the most notable living Dallas print journalist (New York Times, Vanity Fair, Newsweek, D Magazine). He is not, however, the city’s best writer. So his memoir, about his lifelong battle with epilepsy and those who don’t understand the condition, is something of a conundrum. You want to pull for him. You want to see the St. Mark’s grad triumph over the evil Swarthmore administrators who attempted to derail his collegiate career because they, presumably, didn’t want a kid on campus who regularly fell to the ground in convulsions. But whether through his martyrdom or self-​aggrandizement, Eichenwald comes across as an unlikable, even at times untrustworthy, narrator (despite, or because of, multiple passages wherein he transcribes audio recordings of people made during the years in question). For journalism geeks and epilepsy sufferers, this is probably a good read. For others, there’s Netflix. —Tim Rogers

How ’Bout Them Cowboys? 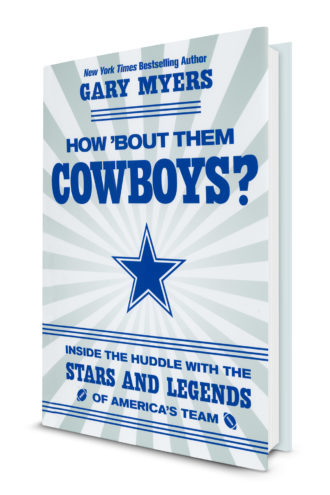 How ’Bout Them Cowboys?, an access-heavy book about how Jerry Jones built his football empire, sometimes reads like a press release. Canned quotes and family platitudes abound, but when author Gary Myers, a longtime NFL beat writer, asks the Joneses what they remember instead of what they feel, the Cowboys lore roars to life. Tom Landry learns he’s jobless while on a golf course outside of Austin; Myers watches him pack up his office in Irving. We read, rapt, as Jerry’s relationship with Jimmy Johnson slowly implodes. Jerry’s ex-linebacker son, Stephen, puts his dad up against a wall at The Mansion upon learning about Deion Sanders’ bloated contract. Tony Romo gets some advice from old coach Bill Parcells as he watches a rookie take his job. There is little insight into the organization’s kid-gloved handling of accused domestic abusers like Greg Hardy, although the allegations against Zeke Elliott get analyzed through Charlotte Jones Anderson’s eyes. Nor does Myers go deep on Jerry’s hard line against the anthem protests. But you come away with an understanding of Jerry’s dedication to risk-taking and moneymaking, which may be all you need to know to have any lingering questions answered. —Matt Goodman

A PSA.
By Alex Macon
Books

What better way to celebrate Pride Month than with a reading rainbow.
By Kathy Wise
Books

Prosper's own William Ledbetter takes home the prestigious prize for his novelette, "The Long Fall Up."
By Alex Macon
D Magazine Directories