When Katy Messersmith was a young teen, her home in Palestine, Texas, burned to the ground, her parents divorced, and her family moved into a trailer home that was so decrepit, she never dated for fear a boy would pick her up and see it. The school of hard knocks taught her well. “I knew early on that I did not want to be in that position again,” Messersmith says. “I knew you had to work hard, be stable, and have your ducks in a row.”

That ethic enabled her to build a wholesale apparel and accessory business, despite having no background in fashion. Her classic type A personality surely helped. Case in point: Hours before our interview, Messersmith emailed a 1,493-word document responding to 14 anticipated questions. No one does that.

The entrepreneur’s Katydid Collection line of graphic apparel, which she designs here and manufactures in Los Angeles, and Shop for Bags website, which wholesales Katydid accessories and others that she buys, has grown every year during the recession. The ventures are expected to generate nearly $5 million in revenue in 2013. 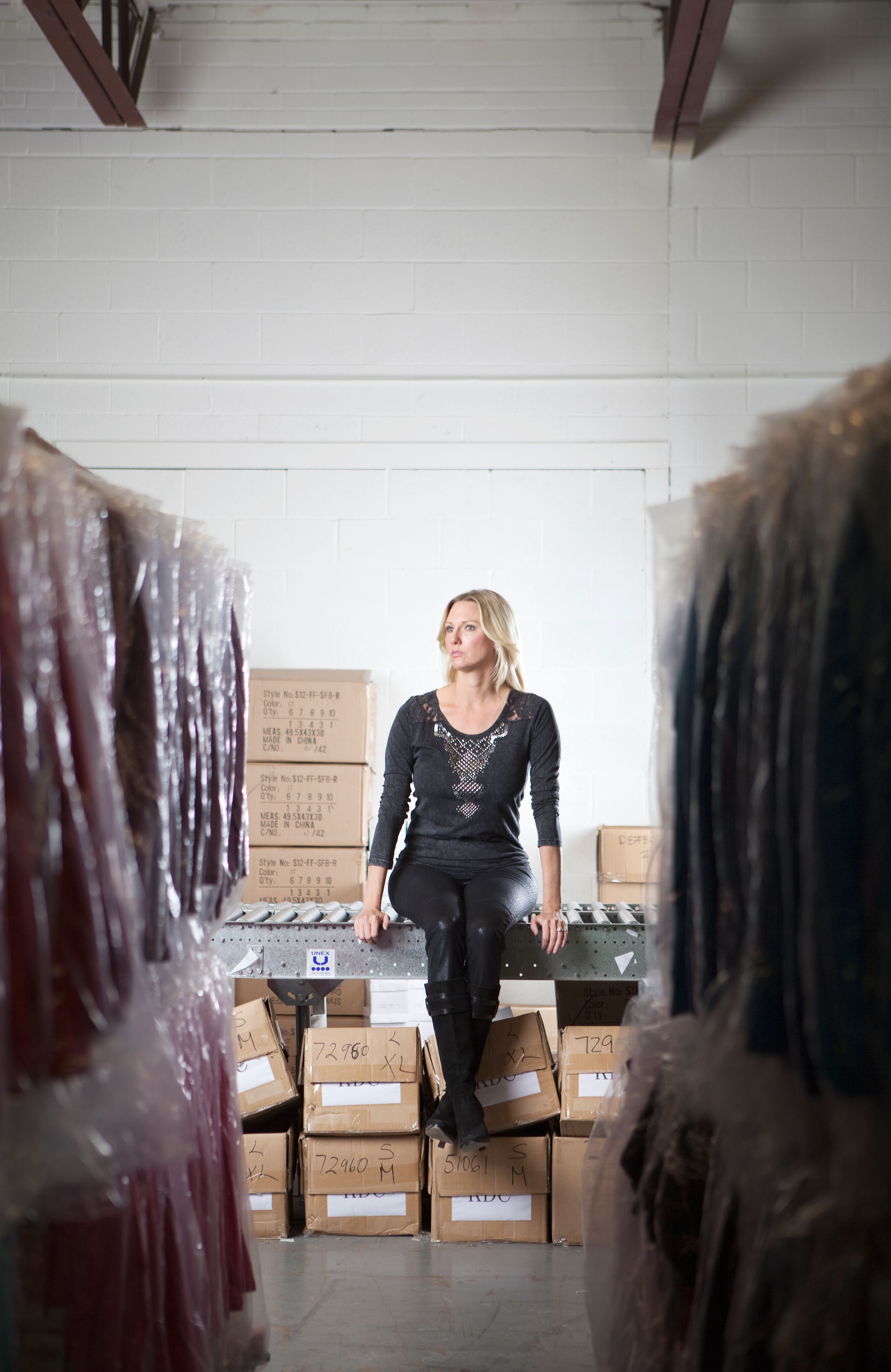 LOOKING AHEAD: Messersmith aims to add to her sports-mom customer base with fashion-forward designs that she hopes will appeal to department stores.
Thousands of sparkly graphic T-shirts hang in her 10,000 square-foot warehouse in the Dallas Design District, along with racks of handbags, belts, iPad covers, and shoes. She has grown her company by focusing on mom-and-pop shops in small rural towns, setting minimum orders at a low $100, providing free same-day shipping, and keeping prices affordable. Most tees, hoodies, and other items retail for $34 to $49.

Noticing that sports-themed tees were dominated by professional and collegiate teams, Messersmith styled a “Love Football” tee for women to wear to their kids’ games. “It blew up,” she says. “The retailers asked for baseball, basketball, soccer, lacrosse, track, dance—every sport.”

The shirts became so popular, they’ve been knocked off—a sure, if lamentable, sign of success in the fashion industry.

Messersmith, who considers herself more of a businesswoman than a designer, pays close attention to branding and marketing, marking the lower corner of her shirts with Katydid’s logo. “In small towns, I’m like their little Tory Burch,” she says. When she produced some tees without the logo, some customers returned them. Instead of simple hangtags, she uses small folded tags that include a mini nail file.

The fashion entrepreneur, who doesn’t know how to sew, hires graphic artists to render her concepts on a computer. Her talent is dreaming up images that have an unconventional twist, like emblazoning an Aztec motif across an elephant or styling a cross with fleur-de-lis points. She has created several custom designs to benefit charities for breast cancer and autism.

Her 6,000 accounts include four chains: Windsor Fashions and western-wear retailers Baskins, Cavender’s Boot City, and Sheplers. Messersmith is now developing styles for juniors, plus more fashion-forward draped and mixed-fabric silhouettes that she hopes will get picked up by department stores. “I’m looking to appeal to the larger mass market with more stylish tops with lace, crochet, and leather,” she says.

Messersmith, who has a degree in community health from Texas A&M, got into fashion on a fluke, after her luggage was lost during a trip to Ghana to volunteer at a prenatal clinic. She selected fabrics from local seamstresses and had them sew wrap skirts and shoulder bags.

“It really lit a creative spark,” Messersmith says. Back in Dallas, she began designing fabric messenger bags and selling them on eBay, financing it with her job working on pharmaceutical trials. When retailers asked to sell them, she launched shopforbags.com, one of the earlier wholesale fashion web sites. “In 2002, there were not a lot of people online,” she recalls. “I had top SEO rankings and was No. 1 on Google up until 18 months ago, when they changed the algorithms.”

Sales doubled year after year, and Messersmith expanded into apparel with her own graphics. She quit her job in 2007 to focus on Katydid; three years later, the company made the Inc. 500 list of fastest-growing private U.S. companies.

“It’s crazy how I ended up in the fashion industry,” Messersmith says. “But I’m here now, and I’m not going anywhere.”