Pay for seizure medication. Keep the lights on as electric bills pile up. Buy eggs and milk. Cover rent each month. These are some of financial realities many needed help with after they lost their jobs months ago when the pandemic reached Dallas. The vast hospitality industry was especially hard hit, which employed several thousands in Dallas County. Although this economic hardship isn’t unique to any one group in particular, the problems undocumented workers face—many of whom provide the backbone of the food industry—certainly are.

Despite paying taxes into government assistance programs, undocumented workers are left out of receiving those benefits. So they’ve turned to tiny, grassroots groups offering a helping hand.

Since March 22, just days after the county shut down, The Undocumented Workers Fund of Dallas (UWFD) has been distributing micro grants of $150—enough to keep food on the table and stay afloat in troubled waters.

Rosey Sullivan is behind the effort. In a normal time not rattled by a pandemic, Sullivan would be working as the general manager of Armoury DE in Deep Ellum. She’s been furloughed from the bar since March. At first, Sullivan just wanted to help steer resources specifically to undocumented workers in the restaurant industry. “I was looking at the people that I knew, and the ones to me that just seemed like they had been totally forgotten and left behind were the undocumented workers,” she says. She discovered that resources for this vulnerable group was scant.

So, off to plan B. After finding and replicating a fundraising model from an organization in New York City, she had UWFD online in a matter of hours. (Sullivan credits fellow Armoury DE coworker Isaac Pargas for doing the translation work for the site and his friend Samuel Acuña who helped with web design.) Then came the overwhelming flood of applicants. Since March, Sullivan’s raised more than $20,000, which amounts to 132 micro grants of $150 each. She hasn’t been able to meet demand, however. The organization has received 3,000 requests so far.

“The dishwashers, the line cooks, the food prep people, the bussers, the barbacks. Those people, they run restaurants and they’re vital, and a lot of them are undocumented,” Sullivan says. “And the thing that I don’t think a lot of people understand is that they pay taxes.”

By industry, accommodation and food service still has the highest rate of unemployment insurance claims, according to the Texas Workforce Commission. (In Dallas County those weekly claims are slowly dropping, down to about 7,000 a week from its peak of 27,000 claims the week of April 4.) Undocumented workers are ineligible for temporary assistance programs from the government like unemployment insurance, despite paying taxes into those programs through their paychecks. Undocumented immigrants pay an estimated $1.5 billion in taxes in Texas every year, according to an analysis by the Institute for Taxation and Economic Policy.

But talking numbers obscures the real life people behind these figures. 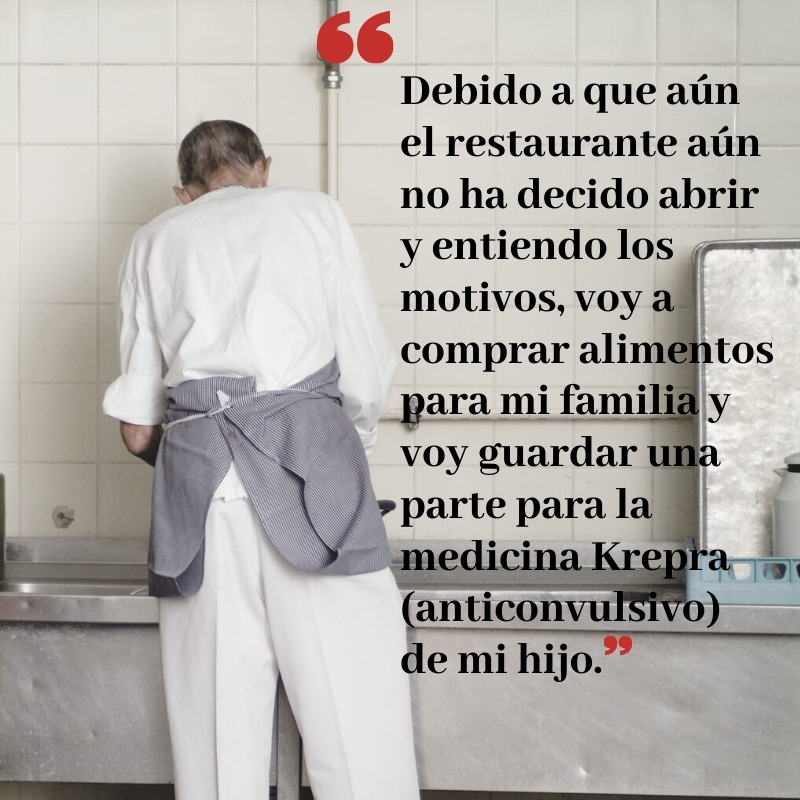 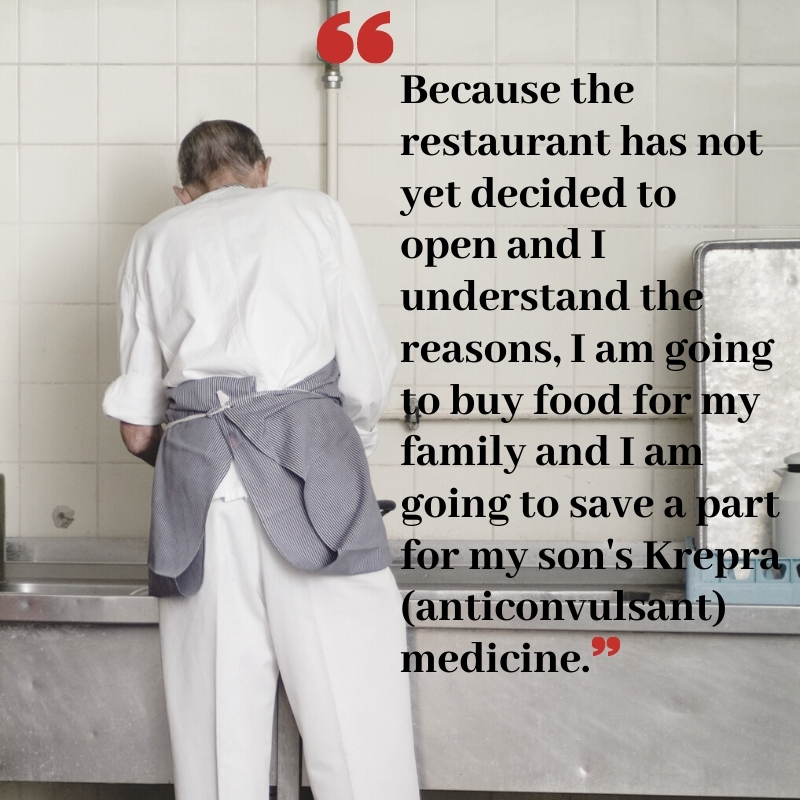 Most of the requests Rosey Sullivan receives are in Spanish.

Most of the emails that land in the UWFD inbox are in Spanish. Sullivan makes due by using Google Translate. One person wrote:

“Because the restaurant has not yet decided to open and I understand the reasons, I am going to buy food for my family and I am going to save a part for my son’s Krepra (anticonvulsant) medicine… He has had seizures for less than a year and he has had four seizures in eight months. It is very hard to know that your child will suffer a disease for a long time and we are still in a process of acceptance… It is difficult to lead with this situation, however these signs of love, like the one you give us, make me believe again that despite any circumstance, love is the only one that can heal the soul.”

Sullivan says people write to her about paying off electric bills or car payments. “A lot of people mentioned just feeling like they’re seen. Even though it’s not the most money, they just feel appreciative that there’s someone who they think is fighting for them,” she says.

“Me and my husband both lost our jobs as cashiers when COVID first started. It’s been hard to find work at the moment especially for my husband because he is undocumented. Unfortunately, we didn’t receive a stimulus check because we our married and have a mixed-status household. This money will hell for a few weeks and I definitely appreciate this and everything y’all do for the community,” another email said.

Thank you notes have come from pregnant women, from couples, from someone who wants to pay Sullivan back after getting a gig installing hardwood floors, from a person caring for their parents. “We appreciate this help, my parents have been affected tremendously,” they wrote. “My mother use to babysit but she stopped working for obvious reasons; she is 68 and has a vulnerable body system as well as my father—same age and a diabetic that works as a dishwasher! They will use this money to pay some of the rent!”

Sullivan noticed that it’s often not just a single family member out of work but whole families. “So you’ll have a husband and a wife and even a teenage son or daughter and they all work in the restaurant industry, and they all lost your jobs on the same day. Entire households were devastated by restaurant closures.”

Sullivan only planned to do this for a few weeks. She’s considered applying for 501c3 nonprofit status, but that costs around $400, and every penny has been going into the pockets of those that need them most. That she’s been furloughed for months and still has time to run UWFD at all is great, but she worries about when she has to go back to work eventually.

How will this one-woman-run beacon continue to shine its light?