A Sneak Peek at Industry Alley Bar in The Cedars

Charlie Papaceno is ready to unveil Industry Alley Bar. The owner and bartender announced his plans for the bar last year after leaving popular Dallas dive, Windmill Lounge. Charlie and his now ex-wife, Louise Owens, opened Windmill Lounge in 2005 and the bar has since received multiple local and national nods for being one of the best in Dallas. But Papaceno needed a change.

Industry Alley Bar is located at 1713 S. Lamar in The Cedars and according to Papaceno is a “bar for everybody.” There is no drink menu, and guests can order anything from a flavored vodka and soda to a prohibition-era craft cocktail. Expect to see Pap behind the bar alongside established bartenders from around town and a few fresh faces as well.

The space is sectioned off into three core areas: the patio, bar, and game room. Guests can sip a pint of beer (or Aviation if they please) while shooting pool, or attempting to beat the high score on Ms. Pac-Man. As for food? “We have room for a kitchen, maybe eventually,” said Papaceno. But don’t expect snacks anytime soon. 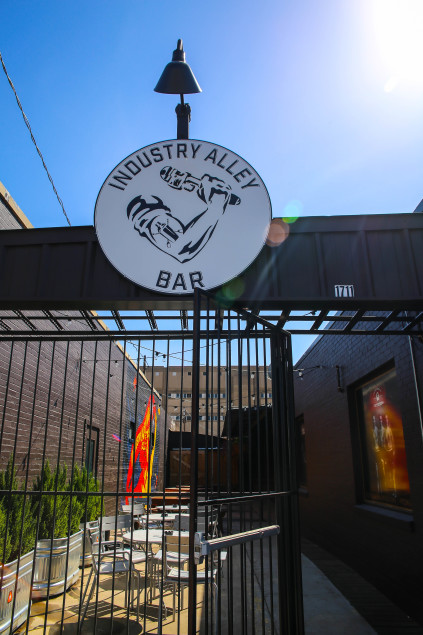 Today, June 25, is Anthony Bourdain Day, which is the late chef and world traveler’s birthday. Let’s look back at some of ways the beloved culinary thinker touched Texas.
By  Rosin Saez
Drinking

How Dallas Celebrates Negroni Week: 22 Bars Let You Tipple for a Cause