The first formal event of the 2016 Fort Worth Food and Wine Festival commenced last week.
By  Wes Wells | March 9, 2016|9:10 am
Advertisement

The first formal event of the 2016 Fort Worth Food and Wine Festival commenced last week, quite literally, in theatrical fashion. “Center Stage” was hosted at the Bass Performance Hall, and treated patrons to a unique experience consisting of a cocktail party, five-course dinner with wine pairings, and performance. I was provided a gratis seat to witness the enactment in the first person. 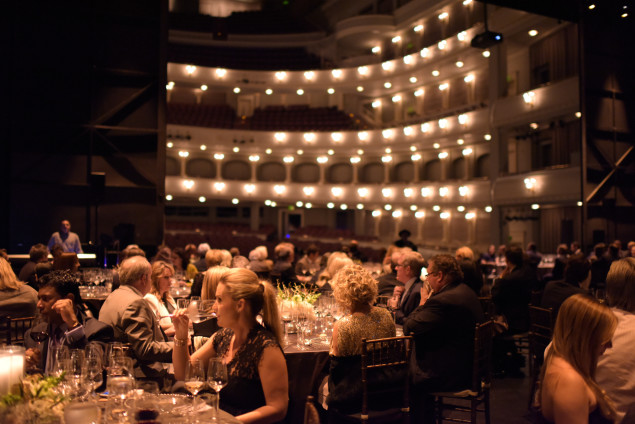 Guests arrived approximately one hour early to enjoy a bevvy of canapés, caviar, and champagne in the lobby of the grand theatre. Servers in French Revolutionary masquerade welcomed entrants, occasionally (and extemporaneously) bursting into character.

The champagne reception made way for a formal dinner which was held on the stage of the opera house. The scene was transformed by the use of elegant stemware, white linen tablecloths and silk napkins. Behind the scenes, many of Fort Worth’s finest chefs and sommeliers were assembling what would be dubbed as five “Acts”, leading guests through a culinary tale transcending two continents.

The first two courses of the evening possessed a Western European influence. Chef Blaine Staniford (Grace) led off with an escabeche of Spanish mackerel, albacore tuna and bouchot mussels, which was paired with a new-world style 2014 Sauvignon Blanc from Smith Story in Sonoma, California. A moving live rendition of “The Music of the Night” from Phantom of the Opera was performed by a singer in masquerade during the course.

Molly McCook (Ellerbe Fine Foods) extended the theme in the second “Act” by preparing an herbed rabbit terrine with roasted mushrooms, pepita pistou and three dollops of sweet corn custard. Its paring was an old-world 2013 Louis Latour Chateau de Blagny Premier Cru from Meursault-Blagny, France. The Premier Cru was easily my favorite wine of the evening, made even more enjoyable by an acrobatic Aerial silk performance to “Memory” from Cats. 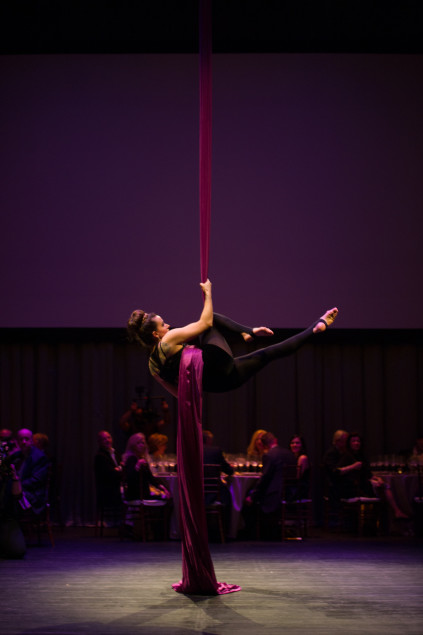 The delicious cuisine and fanfare was not Central Stage’s only assignment of the evening. Four remarkable packages were auctioned off to raise funds to benefit deserving candidates from

Fort Worth with scholarships to The Culinary Institute of America in Hyde Park, New York. Additionally, the Lancarte Family was honored with the Walter Kaufmann Lifetime Achievement Award for their generational culinary influence in Fort Worth. The Lancartes’ landmark Joe T. Garcia’s Mexican Restaurant, easily one of the most famous restaurants in Texas, celebrated its 80th anniversary last summer.

Upcoming Fort Worth Food + Wine Festival events include numerous “Chefs’ Collaborative Dinner Series” events featuring some of Fort Worth’s finest culinary masters (such as Jon Bonnell and Jason Harper), and a number of exclusive events such as the BBQ Showdown Fort Worth; Rise + Dine: A Brunch Inspired Tasting; #latenight Desserts after Dark; Burgers, Brews & Blues; and Family Sunday Funday – Picnic at Panther Island. A full list of events and tickets are available here.

Today, June 25, is Anthony Bourdain Day, which is the late chef and world traveler’s birthday. Let’s look back at some of ways the beloved culinary thinker touched Texas.
By  Rosin Saez
Events

The popular event will have socially distant chef dinners, virtual cocktail classes, and more catered to these COVID times. Tickets are on sale now.
By  Reagan Williamson
D Magazine Directories