Plus Trammell Crow Residential plans Ross Avenue multifamily, Frisco's Shops at Stonebrook exchanges hands, and more.
By Bianca R. Montes | May 20, 2021|8:00 am
Advertisement
Garland has approved a deal with Future Foam, Inc. to renovate and begin operations at 3000 W. Kingsley. Future Foam will spend $3 million renovating the 341,840 square feet facility and reactivate rail service to the facility with this project.

The building has remained vacant since 2015 when APEX Tool Group consolidated its operations from their Garland site into their South Carolina facility, resulting in the loss of 261 jobs.

Nearly $3 million will be invested in renovating the existing facility on the 19.69-acre site. An additional $6 million will be added to the City’s tax rolls from the transfer of operations and from additional machinery and equipment added through the expansion. Initial operations will create 104 full-time positions with plans for further expansion in the coming years.

Fort Worth Railroad Salvage sold a 256-acre single-family development in Haslet to Tara Mana for an undisclosed amount. Pat McDowell of JLL represented the seller.

5900 Altamesa Blvd., a 43,397-square-foot medical property located in Fort Worth, has sold. Transwestern’s Bill Behr and Jim Sager listed the property on behalf of the seller, USMD Hospital at Fort Worth. The Purchaser was 5900 Altamesa Blvd Partners, LP., a joint venture between Texas Orthopaedic Associates Fort Worth, PLLC, and Vaquero Ventures.

University Office Park, a 6,458 square foot office property in Richardson, has been sold. Joseph Jaques and Garrett Wolfe with Marcus & Millichap represented the seller and buyer.

Trammell Crow Residential has plans for a 384-unit apartment complex on Ross Avenue. Construction on the nearly $60 million Alexan Cathedral Apartments will begin in late September and complete by the end of January 2023. The building sits on 4.54 acres at 5109 Ross Ave. JHP Architecture is leading the design.

A new apartment complex called Westmoreland Station is planned at the intersection of S. Westmoreland Road and Handsboro Ave. in Dallas. The complex will include 248 units and a co-working station. Generation Housing Development is the listed owner, and HEDK Architects will lead construction, which is slated to begin this September.

A 318,260-square-foot industrial facility is planned for 2610 Weir Street in Dallas. Construction on the nearly $10 million project will begin mid-October with a scheduled completion date of May 2022. GSR Andrade Architects will lead desing.

A permit has been filed to build Alto Park Cities, a 40-unit apartment building at 5801 Grassmere Lane in Dallas. Construction on the $15 million project will begin in August and complete by January 2023. SHM Architects is leading the design.

Freedom Flex has filed a permit to build a 53,102 square foot spec space at Corporate Central in McKinney’s Craig Ranch. Bluestone Partners will lead the design. 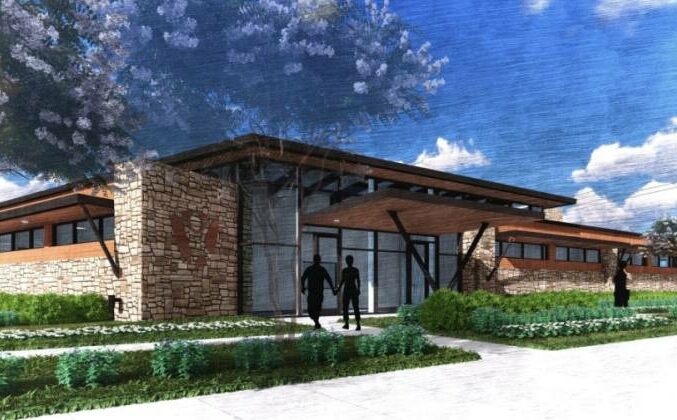 Children’s Advocacy Center of Collin County has plans for a 38,728 square foot office at 1701 Heritage Drive in McKinney. Construction on the $7.9 million build will start construction in July and be completed by May 2022. Alliance Architects is leading the design.

Shops at Stonebrook, a 30,697 square foot center in Frisco, has sold. The SHOP Companies Investment Sales team worked on the sale.

Shops on Custer in McKinney has sold. The 100 percent occupied seven-tenant strip is located at the intersection of Virginia Pkwy and Custer Road. Jason Vitorino of STRIVE represented the seller, a local developer, and Hudson Lambert of STRIVE, who secured a Texas investor.

An undisclosed buyer has purchased a 67-year leasehold interest in a 0.85-acre site with a 3,600 square foot building occupied by Raising Cane’s located at 320 South Plano Road in Richardson. Martin Turner and Jeff Fralick of RESOLUT RE represented the seller. Michael Dabney of Cielo RE represented the buyer.