Plano-based Wolfe Investments, a private equity real estate investment firm, has purchased the historic U.S. Post Office and Courthouse building in downtown Dallas. The building was redeveloped by Todd Interests years ago into luxury apartments. It was developer Shawn Todd’s first downtown adaptive reuse. The landmark purchase is the company’s second-largest acquisition to date, just behind the historic Rockefeller building in Cleveland, Ohio.

The building, which was originally built in 1929, is one of the most significant architectural buildings in Texas and is a registered historic national landmark. Built as the largest federal building in the South, significant entities housed on-site included the US Postal Service and Federal Court System and the Department of Justice (FBI), and the Internal Revenue Service, among many others. Since its completion, the building has been reallocated to serve various purposes and has seen multiple cases of national importance between its walls and in its courtroom.

“In 2007, Todd Interests acquired the building, and 400 North Ervay underwent a total renovation, restoration, and repurposing that included the designation of the building as a local, state, and National Historic landmark,” says founder of Wolfe Investments, Kenny Wolfe.  “Currently, the building is utilized as mixed-use space housing luxury apartments and a venue that has hosted many high-profile events in Dallas.  Though it has been fully renovated, the main corridor, lobby, and historic courtrooms have been meticulously restored of their classical Italian renaissance architecture, terracotta floors with inlaid patterned marble, hardwood flooring, marble wainscoting, and elaborately painted coffered ceilings.  We couldn’t be more pleased with this acquisition, and we look forward to providing the building with an even greater sense of purpose and a further restored life.”

The purchase was financed with a $13.5 million loan handled by Virginia-based Greystone Servicing Co. JLL marketed the building.

Rhino Health is expanding into North Texas and has snapped up a 400,000-square-foot facility in Majestic Fort Worth South Business Park. The space includes about 10,000 square feet of space for corporate office functions and is expected to bring 800 jobs. 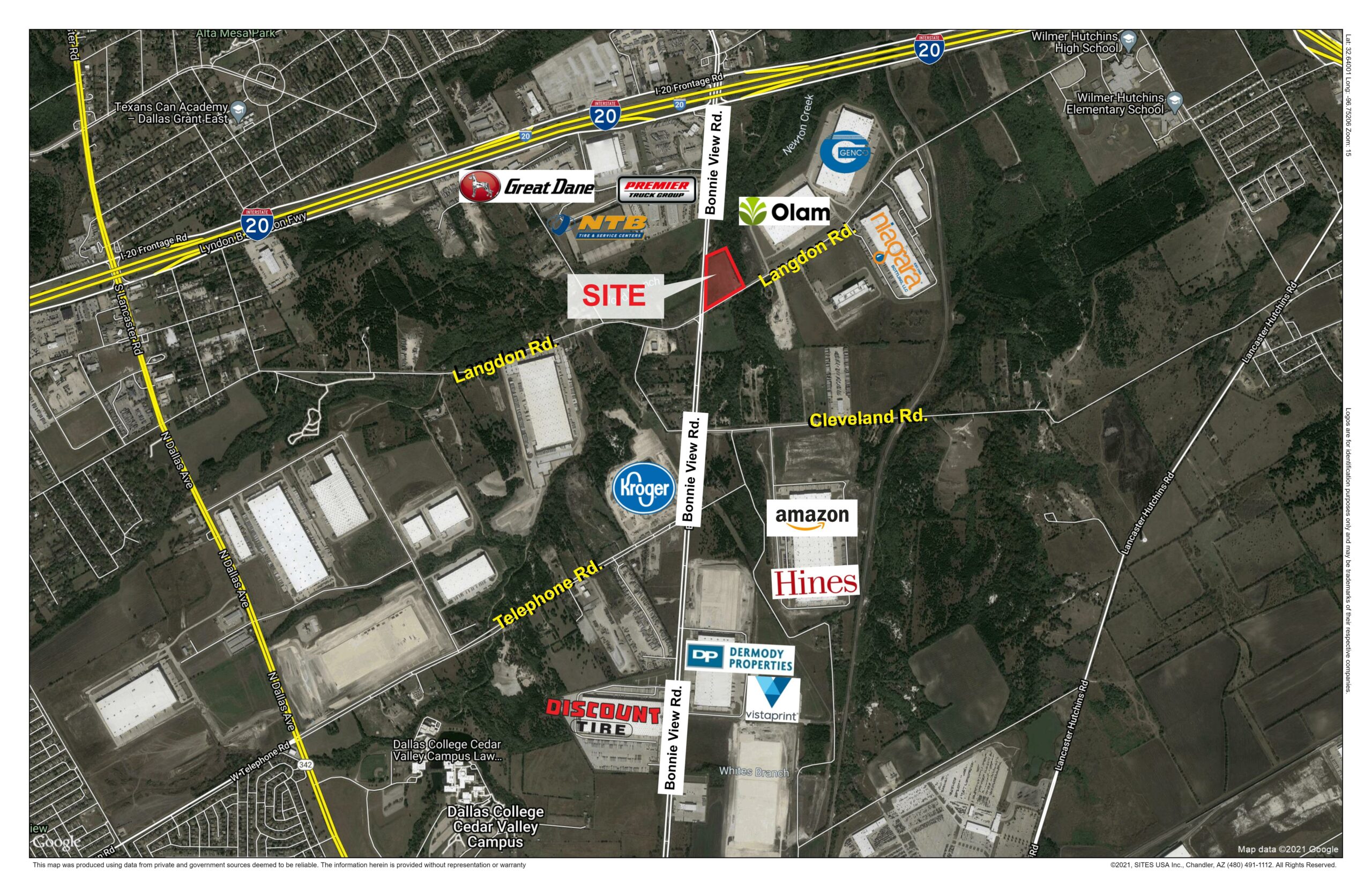 Astra Development sold ninety-two acres of land northwest of the intersection of W. Melissa Road and U.S. Highway was 75 to home builders Taylor Morrison and NexMetro Development. The deal, which closed on April 7, will create more than 400 new home sites in Melissa. The preliminary plat for the 92-acre parcel, named Stoneridge, has been approved and construction plans for the first phase are under review. Development is expected to begin this summer. At build-out, Stoneridge will include 411 residences. Taylor Morrison plans to build 194 single-family homes on 72 acres in the Stoneridge community. National build-to-rent developer NexMetro Communities has purchased 20 acres of Stoneridge to build and lease approximately 217 detached homes in its Avilla Stoneridge community, a unique leased home neighborhood designed to meet the growing demand for the company’s innovative luxury leased home lifestyle. Marty Neilon and Carter Kendall of CBRE brokered the transaction with Taylor Morrison.Steve Smith of SRI Properties brokered the transaction to NexMetro. Kimley-Horn & Associates serves as the land planner and civil engineer for the project.

A month after announcing its nearly $700 million sale, the landmark Crescent property in Uptown Dallas has announced a series of new leases. Late last month, GPIF TC Owner LLC, an affiliate of Crescent, purchased The Crescent. Crescent Real Estate’s vice president of leasing, Tony Click, and Marissa Parkin represented The Crescent in all the below lease transactions.

New deals, renewals, and expansions were secured by Click and Marissa Parkin of Crescent, representing The Crescent. New lease deals include: 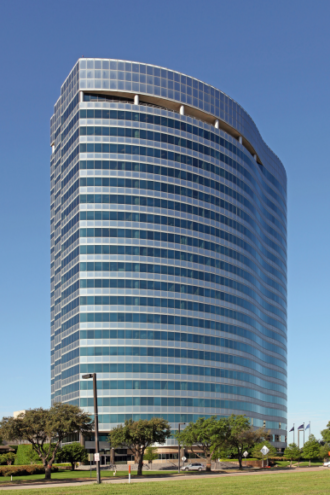 Harrison, Walker & Harper recently expanded its Texas operations with a new headquarters in McKinney. The Dallas-Fort Worth office is located at 400 W. Virginia Street, Suite 100 in McKinney, the former location of the McKinney Chamber of Commerce. With HWH’s main headquarters in Paris, Texas, this new campus-like location enables the company to tap into the dynamic labor pool in the DFW Metroplex and meet its current growth trajectory in DFW. 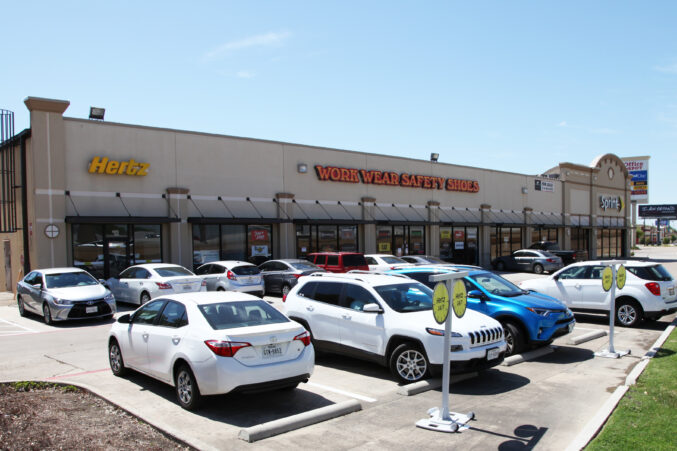 Skechers has leased 11,298 square feet of retail space in Josey Village, a shopping center located at the northeast corner of Josey Lane and IH-635 (LBJ Freeway), for a new location. Blane O’Banion and Javier Zablah with Weitzman handled negotiations as exclusive leasing agent for the shopping center. Jennifer Frank with Segovia Retail Group represented the retailer.

A new state-of-the-art Cowboys Fits will be open on the first floor of 411 North Washington, formerly known as Landry Tower. The building is kicking off a $9 million interior and exterior renovation. Transwestern worked on the deal.

IAC Beckleymeade Industrial has filed permits to build two shell warehouse buildings totaling 434,700 square feet at 7558 Beckleymeade Ave. In Dallas. Construction on the $16.5 million project is set to begin in October 2021 and end in October 2022.

Permits have been filed to build a new, 230,000 square foot Medical City Specialty SurgiCenter of Dallas at 12228 North Central Expressway. Construction on the $4 million project is set to begin in May and end in November 2021. BSA LifeStructures will lead design.

Permits have been filed to build a 14,658 square foot retail center 3501 Forest Hill Circle in Forest Hill. Construction on the $1.5 million project is set to begin in June and end in December 2021. Goree will lead the design.

KCK Construction Inc. has filed permits to build a 6,000 square foot office building and a 5,996 square foot workshop building at 2104 FM 1827 in New Hope. Construction on the $2.1 million project is set to begin in April and end in October 2021. Architect Patrick Ahearne will lead the design.