Bo’s Emmy award-winning drama Succession tracks the lives of media magnate Logan Roy and his four children as they spar over control of the company’s future. But it need not be that contentious, says G. Bradford Bulkley, president and founder of Bulkley Capital. He says the key to succession planning is placing the interests of the enterprise above those of any individual or family member. 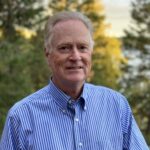 Chasing personal interests can derail even the most vibrant companies. Many private and family-held business owners act as though they’re going to live forever, neglecting to properly plan for what a smooth and effective transition will look like when they are ready to move on.

When a key executive exits the business, passes away, or retires, critical questions of ownership and operations need to already be answered. Companies caught flat-footed can prematurely be put into play, and a lack of readiness will be reflected in reduced enterprise value. Not having a clear succession plan can lead to dysfunction and jeopardize the future success of companies that make up the heart of the U.S. economy.