Some people are matchmakers for relationships, others pair designers with buildings.

Developer KDC is using its reach in the community to bolster involvement in Dallas CASA’s Parade of Playhouses—an awareness-raiser for the local nonprofit, which to date has raised more than $2.8 million. Dallas CASA pairs volunteers with abused and neglected children to serve as their voices in court. In 2019, 1,495 community volunteers served 3,644 children in protective care.

NorthPark Center will display three playhouses as they do their sculpture, on 10×10 platforms where they can be easily viewed but will be out of reach. All CDC rules and guidelines will be followed. Parade of Playhouse at NorthPark Center is Presented by Crest Cadillac / Crest Infiniti / Crest Volvo.

Now in its 25th year, Parade of Playhouses had to pivot from initial plans due to the COVID-19 pandemic. In a typical year, Dallas CASA displays 10 to 14 playhouses at NorthPark Center—which estimates that a million people visit the center during Parade of Playhouses. This year, only three playhouses will be transported to NorthPark Center for viewing, from July 10 to 26. Photos and videos of the other houses will be displayed at dallascasa.org. All 10 homes will be raffled off on July 26.

“We are really relying on the generosity of our incredible community to help us get through this challenging year,” said Becca Leonard, Dallas CASA chief development officer.

KDC began supporting Dallas CASA financially in 2013 and has been a participant in the nonprofit’s golf classic since 2015. It got involved with Parade of Playhouses last year, wanting to do something substantial in the community to mark its 30th anniversary. Parade of Playhouses was a perfect fit.

Leonard said KDC has played a significant role in spreading the word about the work Dallas CASA does. “They had their builders and their contractors jump on board with us and support us in a way that we have not experienced before,” she said.

The developer behind Dallas-Fort Worth projects such as The Epic II, CityLine, Legacy West, and Hidden Ridge, returns this year as Grand Marshal—an honorary title to recognize its contributions.

KDC Executive Vice President Kurt Petersen calls what he does “mining” for architects and builders. Last year, he recruited 15 firms to build seven of the playhouses.

“A designer will say, ‘you know I’m happy to design it but whose going to build it,’ and the builder might say, ‘I’m happy to build it, but could somebody give me the design of the installation,’” said Petersen. “What’s rewarding is just the spirit of the people that we talk to that want to participate.”

Creating those connections on a philanthropic level and the impact of Parade of Playhouses are shining reasons Petersen and KDC continue to support the fundraiser.

“When the playhouses are set up and in full view … just looking at it is overwhelming,” Petersen said. Some of the firms he has tapped to participate in Parade of Playhouses include Corgan, Gensler, Balfour Beatty, Kimley-Horn, and DPR—which is helping the Dallas Mavericks built their first playhouse.

Kimley-Horn, whose local projects include Field Street District, is using its platform with Parade of Playhouses to raise awareness about social issues magnified by the COVID-19 pandemic. 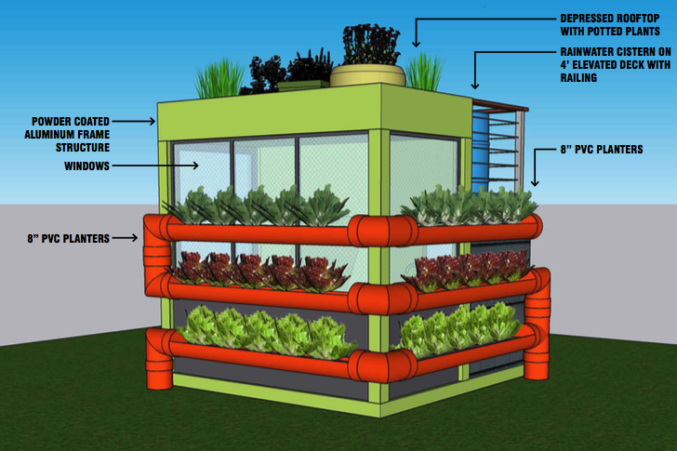 “The thing that stood out [was] the almost food deserts created [the pandemic],” said Jonathan Campbell, a landscape architect for Kimley-Horn. “People were going into the grocery stores … and there was a lot of food that wasn’t available. So we said, ‘why don’t we use it as a podium to show some people that, even though this is a playhouse, that kids and parents can learn that they can grow their own food?”

The firm, which was paired with Balfour Beatty and Harmon for the playhouse build, created “Harvest House,” complete with a living wall, rooftop plant garden, and a rainwater cistern. The brainstorming took three weeks—all during the shelter-in-place.

The exterior of the playhouse is fitted with aluminum windows and PVC pipes that serve as plant holders. The inside offers a kitchenette, where children can use the vegetables and herbs grown on the playhouse to make a healthy snack. Campbell said the big takeaway is the idea of sustainability—the ability to grow and harvest food in your own back yard.

“As commercial builders on a typical project, it’s usually a big job, technical and time consuming; sometimes, the fun can be taken out of it,” Evans said. “The team sees building a playhouse as a great opportunity to use our skills, talents, and creativity to build something fun and help the community. We get to do something we love, build something with our hands, work on a team together with our friends, and get back to what we enjoy—building.

“For Dallas CASA, we put our heart and soul into the playhouse and give it away, knowing that someone will love and enjoy it— and it’s all for a good cause,” Evans continued. “The entire team is excited about the build and appreciates being involved. We know that everything we put into the playhouse will, in a small way, make a difference for the children served by Dallas CASA.” 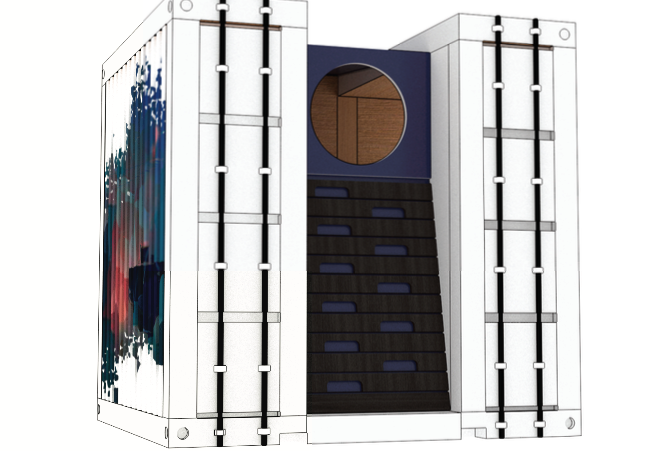 “We merged the two and created the story of the shipping container that was on a boat and fell overboard and became a pirate ship,” said Michelle Linss, volunteer coordinator for Structure Tone.

The firm is working with Gensler and Lasco on the build. Walk into the metal and wooden shipping container, and inside is a pirate ship where children can steer the captain’s wheel or reel out a cargo net.

Linss said the ultimate idea was to create something fun, but that also allowed children to use their imaginations. “Kids are usually stuck on devices, and hopefully, this will be an opportunity to put those devices down,” she said.

Although fewer playhouses will be built this year, Petersen said it is not about the number of houses but the quality. “We’ve had a number of phenomenal ideas from the designers—you give them a blank sheet of paper, and it’s amazing what they can come up with,” he said.

Leonard with Dallas CASA said the playhouses tell a story of hope.

“You see the dream homes, and you see and feel what it would be like to win one and have one in your own home,” she said. “And then you juxtapose that to the challenges the children we serve face, and you’re reminded of the magic of childhood and the dream we all have for safety for children in a loving home.”