A construction permit has been filed to build a 105,660 square-foot two-story office complex at 5215 Bear Creek Court in Irving. The project, which is estimated to sort just under $5 million, will begin construction in October and is expected to be completed by June 2021. Powers Brown Architecture is leading the design.

Regency Centers has filed a permit to build a 53,540 square-foot retail shell building at 10720 Preston Road in Dallas. The project is expected to begin this November and cost $7 million. Construction should be complete by June 2021, and Hodges Architecture is leading the design.

Eldorado Developments has filed a permit to build a 17,000 square-foot retail shell building at the Shops of Eldorado in Frisco. Construction is scheduled to begin Sept. 15 and should be completed by Nov.15. No design firm was listed.

Five Dallas-Fort Worth multifamily communities have sold to an affiliate of Lone Star Funds—representing the most significant single transaction in 15 years for JPI. The purchase agreement includes just under 2,000 units: Jefferson West Love in Dallas, Jefferson Boardwalk in Farmers Branch, Jefferson Eastshore in Irving, and Jefferson Reserve and Jefferson Vantage in Richardson. Institutional Property Advisors, Walker Dunlop, and JLL each served as the brokers for this transaction. An IPA team of Drew Kile, Will Balthrope, Joey Tumminello, and Grant Raymond represented the seller.

St. Charles Place, a 125-unit property at 1090 S. Charles St. in Lewisville, has sold. Mark Allen and Chibuzor Nnaji, both of Greystone ISG, represented the seller and procured the buyer.

Spirit Halloween has leased 6,895 square feet at the Former Advance Auto, 5414 Rowlett Rd in Rowlett. Jeff Lewin and Stephanie Jacobs of RESOLUT RE represented the landlord. 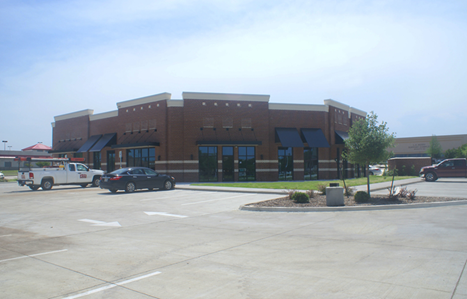 The Biscuit Bar is opening a new location at Mule Alley in the Fort Worth Stockyards, 122 E. Exchange Ave.

Smoothies & Coffee has leased 2,000 square feet at the Shops at Three Eighty, 2281 E University Dr. in Prosper. Brian Sladek and Chris Flesner of RESOLUT RE represented the landlord. Jerrod Simmons of Biel Partners represented the tenant.

A new category was added this year to highlight hospitality projects in the region.
By Bianca R. Montes
Industrial

The firm has filled its Dallas office with six industrial professionals who have handled more than 900 transactions valued at more than $1.2 billion.
By Ben Swanger
D Magazine Directories