State-mandated closures and other regulations to mitigate the spread of COVID-19 have landlords and tenants scrambling to understand their respective rights and obligations. Although those discussions are early and the long-term impact of these unprecedented times is still unknown, local industry experts are starting to project short-term changes.

The commercial real estate development association NAIOP predicts that the coronavirus outbreak will accelerate trends that had been forming. Office and retail were two commercial property sectors highlighted in a recent webinar where Timothy Savage, a research economist with NAIOP, said, “This crisis is more of a natural disaster than a financial crisis; the significance of which is that on the other side of it, the fundamentals will be the same, they have just been moved further along the continuum.”

We reached out to industry experts in Dallas-Fort Worth to continue and localize the conversation. Here’s what they had to say.

For a while now, Dallas-Fort Worth has been in the extra innings of an incredible economic environment. But no one knew what was around the corner. Practically overnight, COVID-19 came and shut down businesses, without discrimination. Its impact on office space has sparked conversations about planning for the future, whether that means moving forward with expansion plans or downsizing for the new normal of working from home.

Source: JLL
According to data released by JLL, solid office fundamentals were in place just as the new period of uncertainty began. Data showed the Dallas market ended the first quarter of 2020 in a strong position with solid absorption, lower vacancy, and rent growth–all driven by exceptional job gains. Average asking rents were at $28.98 per square foot, vacancy was at 19.7 percent, year-to-date net absorption by square foot was 1,158,427, and more than 5 million square feet were under construction.

“After an unprecedented decade-long expansion, the office market is clouded in uncertainty as the COVID-19 outbreak unfolds,” JLL researchers found. “Although diverse, Dallas’ rebound could be moderated, due to its exposure to some industries that may experience a more acute slowdown, such as air services, retail, restaurants, energy, and autos.” 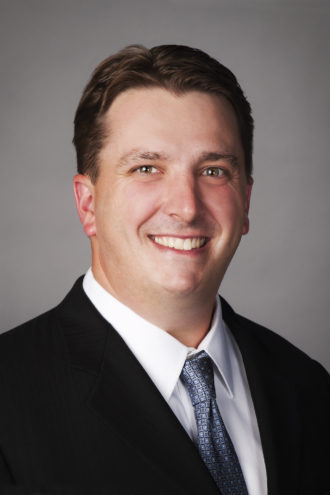 Tenants with the luxury of time–in other words, a project that may not be driven by a significant sense of urgency from a pending lease expiration–thave hit the pause button and probably will stay on the pause button until we all have a better understanding of how long this situation will play out, says Craig Wilson, executive vice president at Stream Realty Partners.

“And then from there, when they reengage, it’s likely that a number of them will probably have different objectives and perspectives than they may have had for those particular projects before we went into this situation,” Wilson told D CEO.

In recent years, tenant rep brokers have primarily worked to help their clients take additional space or relocating to accommodate growth. Now, clients have hit the pause button on those particular projects because their growth expectations are unpredictable at this juncture.

“Implementing technology solutions that were kind of in the lab before this—that will now jump to the front of the line on the priority list,” Wilson said. 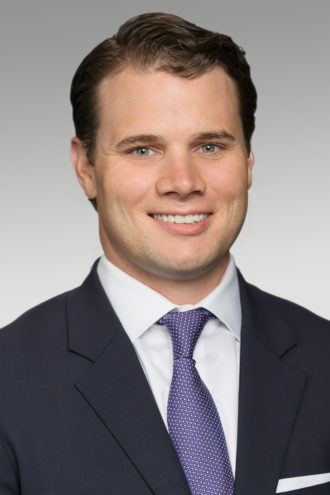 Stream’s Dan Harris recently wrote a blog for D CEO, where he touched on how COVID-19 allowed businesses to test the “work from home” model during uncertainty.

“It’s interesting that everyone has kind of been somewhat remote-capable—most companies have been,” he said. “And some have even toyed with getting more people working from home. But then overnight, just, everyone had to get their IT departments on board and say, “OK. Now 100 percent of our workforce is going to be working from home for an undetermined amount of time.'”

According to the NAOIP report, the office sector will be driven more quickly by changing work patterns that will favor decentralized work, co-working, and short-term leases, even in Class A spaces, “as businesses right-size to the new normal, it is likely many MSAs will experience a net decrease in space utilization. In those locales, the pervasive flight to quality trend could evolve to a prioritization on value as businesses seek to take advantage of a more competitive environment among landlords to secure cash flow. Markets with healthy property fundamentals will outperform.”

Velocis Co-Founder Jim Yoder, who also recently wrote a blog for D CEO, spoke to several people in the industry to understand how the pandemic is impacting the industry in the short term and what the long-term implications might be. When it comes to leasing, specifically in the office space, in a post-COVID-19 world, Yoder says we may see a change in tenant space needs as companies work to allow for more space per square foot, per employee for personal and safety reasons.

“Pre-pandemic, the trend had been flowing the other way for several years, toward smaller footprints. However, the new focus on social distancing may help change this pattern,” Yoder wrote. “Other long-term space implications could include the modification of closed conference rooms, opening them up to create a lounge-type space that would allow employees more flexibility on how much room they choose to allow themselves between their co-workers in group meetings.”

Wilson agrees, saying the office will remain a place to meet and collaborate, “but you might not have a 100-percent dedicated workspace.”

“Now, the flip side of that is, especially if that’s a concept that you want to implement immediately, employees might be nervous about sharing workspaces for the obvious reasons of sanitary needs and everything else,” he said. “You have to address concerns along those lines. But I do think it will get to the point where a lot of the companies will give employees the option of some hybrid model, whether they’re able to work remote and able to work from home, but they have an office to go to when they need to meet with people, or they need to collaborate, or they want to. There will be some more flexibility along those lines, but the office space will be designed to accommodate that.”

According to a CBRE leasing report, activity in Dallas-Fort Worth has tapered amid COVID-19 fears. The market saw leasing velocity start to fall in the first quarter–after several consecutive periods of healthy leasing activity. In total, DFW saw 166,425 square feet of positive absorption for Q1, with smaller leases of 15,000 square feet and below driving positive absorption. Occupancy fell slightly to 94.2 percent as deliveries outpaced absorption, with only 42 percent of new retail product leased at the end of the quarter.

Small businesses, which represent nearly half of the private workforce in Texas, are among the retailers most affected.

“Since the outbreak of the coronavirus in the U.S. at the beginning of March, small businesses have seen revenue decline 15 percent to 80 percent and are coming to terms with how they will make ends meet in the months ahead,” CBRE researchers found. “However, many DFW landlords have stepped up in this time of crisis to mitigate stress for local small businesses by allowing tenants to hold off on paying April rent or asking them to only pay the triple net expenses for the time being. 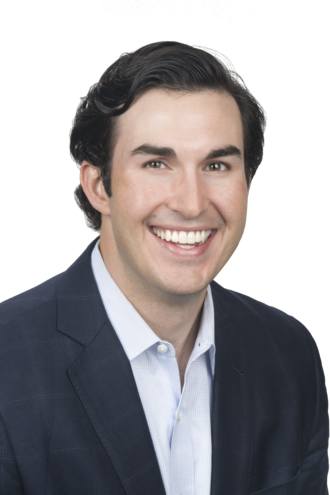 With mandated closures in place, retail tenants are already feeling the pressure. Whitebox Real Estate’s Grant Pruitt said conversations about rent and lease options began well before April 1. He dealt with similar restructures during the last recession, and says the best option tenants can exercise is a renegotiation of their lease.

“In uncertain times like this, landlords will often give up some potential returns for known variables–extended lease term,” Pruitt told D CEO. “Barring some sort of governmental intervention–these are truly uncharted waters–landlords sill have to pay taxes, operating expenses, and debt service on their buildings, regardless of whether or not it is leased. If a tenant defaults, moves out, terminates, or just goes bankrupt–possibly because the rent was too high in the short term cash crunch–the landlord is entirely on the hoof for expenses.”

The investment value of commercial assets lies in the long term stabilized rent stream, Pruitt said. The longer the lease term of the tenants in place, the better the valuation of the building (higher sale price or greater value of the loan / better the terms of a loan). Banks will lend on rent stream. The loans on commercial buildings have maturity dates, and a lease restructure can work as a win-win for the tenant and landlord. Tenants can ask for rental abatement upfront and reduced rent in exchange for a longer lease term. This allows for a Landlord to pay the debt service, sell the building, or restructure their loan with the bank. 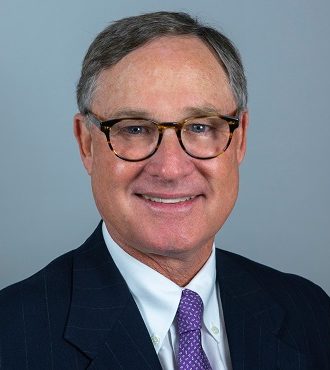 Currently, says Transwestern’s Steve Williams, probably 95 to 98 percent of retailers are shut down. “The short-term effects are going to be major hits. The long-term impact has yet to be proven,” said Williams, managing director of the retail services division for Transwestern’s Central region.

DFW retail sales for March fell 8.7 percent, a record drop. The only sign of activity was at grocery and beverage stores, which saw sales grow by more than 25 percent. The restaurant space, specifically, is being walloped, Williams said.

“We have a lot of restaurant clients. They are concerned. There is a good 35 percent that were open that will not be able to make it,” Williams said. “I spoke to a lot of landlords over the past month, and restaurants just right, and left are just handing them back keys to their space. That stuff happens anyway, but it has been accelerated.”

Some restaurants are still expanding, such as the Burger Kings and McDonald’s of the world. The well-capitalized ones are going to be able to weather the storm, our experts say. Williams added that he was starting to see seeing a contraction of square footage among non-fast-food eateries before the shutdowns, and COVID-19 will heighten that trend.

Over the past five years, retailers, in general, have been adjusting their model to fall in line with e-commerce. “Some of the big box retailers started seeing that wave coming toward them, and the successful ones started doing brick and mortar and online, asking, ‘How do we penetrate this particular model?'” Williams said. “Retail constantly changes. Concepts come and go. The public’s taste changes, and retail responds to that.”

Because of this, Williams said developers are going to put a more significant emphasis on experiential retail such as theaters that allow for dine-in service, Sam’s tech hub on Greenville Avenue, and children’s entertainment, like Kidzania in Stonebriar in Frisco and the Crayola Experience at Willow Bend in Plano.

“All of that has just been blown up,” Williams said. “It doesn’t mean that it’s not going to come back–humans like to interact. When we get released to go back out, you’ll start seeing it.”