A massive regional distribution center for HomeGoods is headed to Carter Park East and will be the first tenant at the 556-acre master-planned industrial development in Fort Worth.

The HomeGoods’ building will encompass approximately 100 acres of land and approximately 1 million square feet. This facility will serve as a regional distribution center for HomeGoods and its sister brand, Homesense.

Rob Riner, who has been developing industrial buildings in South Fort Worth for more than a decade, said, “Carter Park East is a vision that started fifteen years ago. To witness that vision become real has been something special. We were long-term believers in this submarket and were confident that, with time, Carter Park East would become one of the premier industrial parks in DFW. This lease goes a long way toward achieving that reality.”

South Fort Worth has emerged as a primary submarket in DFW with over 4 million square feet delivered since 2017 and another 4.5 million square feet currently under construction, according to Seth Koschak, a managing director and partner at Stream Realty partners. Koschak, along with Jeff Rein and Forrest Cook, represented the landlord, Clarion Partners, and a real estate fund advised by Crow Holdings Capital to execute a 20-year lease.

Tony Kepano and Nathan Lawrence with CBRE represented the tenant in the transaction.

Stonemont Financial Group is planning three speculative industrial building developments in D-FW, totaling more than 1 million square feet. One project the developer has in store is a 213,000-square-foot industrial building constructed on FM156 in Fort Worth near Chaplin Drive, and it is expected to open in March 2022. Stonemont also has plans for two speculative warehouses, totaling 486,000-square-feet, in Fort Worth at Golden Triangle and Harmon Road, which is projected to open in May. The company also recently completed two projects in McKinney: a 202-square-foot distribution center at Airport Drive and Industrial Boulevard that is leased to Amazon, and two warehouses in its McKinney Airport Center, totaling 230,000-square-feet at Harry McKillop and Airport Drive.

Ben McCutchin with Younger Partners brokered the acquisition of 152.67 acres on Pelzel Road in Pilot Point. He represented Gene McCutchin in the acquisition of land that will be used for agricultural land cultivation. This land, north of FM 455 and fronting Pelzel Road, adjoins about 260 acres of land Gene already owns. Ben McCutchin also brokered two additional land sales for Gene McCutchin, totaling almost 10 acres along the south side of US 380 and west of Championship Drive in Frisco.

Leon Dagerman filed a state permit to construct a 95,296-square-foot office space and warehouse on Texas Highlands Drive in Carrollton. Construction on the $6.15 million project will begin mid-September and conclude in May. Smart Architects will lead the design. 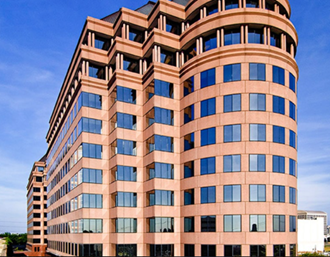 Las Colinas TH2 filed a state permit to construct a 52,000-square-foot office building at 5101 N. O’Connor Blvd. in Irving. Construction on the $19 million project will begin in September and conclude in November 2022. Malone Maxwell Dennehy Architects will lead the design.

Younger Partners sold 70 acres of land to Waxahachie. First Texas and TriPointe plan on developing about 185 single-family homes with prices ranging from $300,000 to $400,000 in The Oaks of North Grove, located at North Grove Boulevard and FM813 in Waxahachie. This acquisition will expand the subdivision, kickstarting its next phase. Younger Partners’ David Hinson brokered the deal between the buyer, Carrollton-based Bluebonnet Capital Partners, and the seller, a private family. The model homes will be ready this fall, and the first homes will be ready in the first quarter of 2022.

Clermont Avenue V filed a state permit to construct a six-building assisted living facility in Flower Mound. Construction on the buildings amounting to $1.42 million each will begin in September and conclude in March 2022. Cross Timbers Architects will lead the design.

Criterion Development Partners filed a state permit to construct a 270,300-square-foot, four-story multifamily complex at 9921 W. Valley Ranch Parkway in Irving. Construction on the $41 million project will begin in October and conclude in October 2023. Hensley Lamkin Rachel will lead the design.

One Turtle Creek Holdings filed a state permit to construct a 206,728-square-foot high-rise apartment and condo building. Construction on the $35 million project will begin in August and conclude in early May 2023. Lucien Lagrange Studio is the listed design firm.

CBRE announced the sale of The Ranch at Joyce Lane, a 64-unit multifamily community located at 3401 Joyce Lane in Denton. Washington State-based Woodruff Capital Partners purchased the property from Frisco-based N.O.I.S.E. Ventures. The buyer acquired the asset as part of a strategy to move capital to Texas. Chris Deuillet and William Hubbard with CBRE Capital Markets’ Investment Properties in Dallas represented the seller.

Misscr 16 filed a state permit to construct two retail shell buildings at the corner of Preston and Ash in Celina. Celina Station building one will be 6,424 square feet, and Celina Station building two will be 6,143 square feet. Construction on the projects will begin on July 15 and end in early May 2022. Blake Architects is the listed design firm.

SJI Investment filed a state permit to construct a single-story, $12,457 retail shell building at 2417 Presidio Vista Drive in Fort Worth. Construction on the $2 million project will begin in June and end in November 2022. D1 Architect & Associates will lead the design.