Because of its accessibility and future-forward vision, opening a location in Energy Square has been a longtime goal for Common Desk, and it first began pursuing opportunities with the prominent business campus in 2017, according to officials. Common Desk’s location at Energy Square marks the second partnership between Common Desk and USAA Real Estate, adding to the first in Houston at 2500 Citywest, with the potential for a third on the horizon. It will be Common Desk’s first partnership with Glenstar.

To date, Common Desk has 20 locations and counting in Dallas, Houston, Austin, Wilmington, and coming-soon Raleigh.

California-based mobile network tech firm MD7 has leased 25,000 square feet of offices in the One Bethany West building, west of U.S. Highway 75. The company plans to create more than 200 jobs with its relocation from San Diego to Allen.

A 101,136 square foot shopping center located at the intersection of Northwest Highway and Saturn Road in Garland has sold. The center is home to Aaron’s, Texas DPS, Jumping World and multiple restaurants and retailers. Eric Deuillet, Scott Rose, and John Hiller of Structure Commercial handled negotiations.

Grapevine SkateTown at 2330 William D. Tate has sold to a real estate investment group based in Carrollton. The sale includes a 32,989-square-foot building on 3.21 acres. Bill Bledsoe with  Henry S. Miller Brokerage represented both parties in the sale

Plans for a major mixed-use development in Bishop Arts District have been unveiled. Dallas-based builder, Alamo Manhattan Corp. is looking to bring a more than $43 million apartment and retail building to the Oak Cliff neighborhood at Zang Boulevard and 7th Street. Plans include 208 rental units and 10,000 square feet of retail on a block that’s now occupied by small commercial buildings. Architect Hensley Lamkin Rachel Inc. is designing the project. Construction will begin next year.

Richardson’s $2 billion CityLine project is expected to get two new towers. Dallas developer KDC is detailing plans for additional high-rises that would include almost 1.4 million square feet of office space. The largest building is expected to be an 18-story, 513,000-square-foot tower. 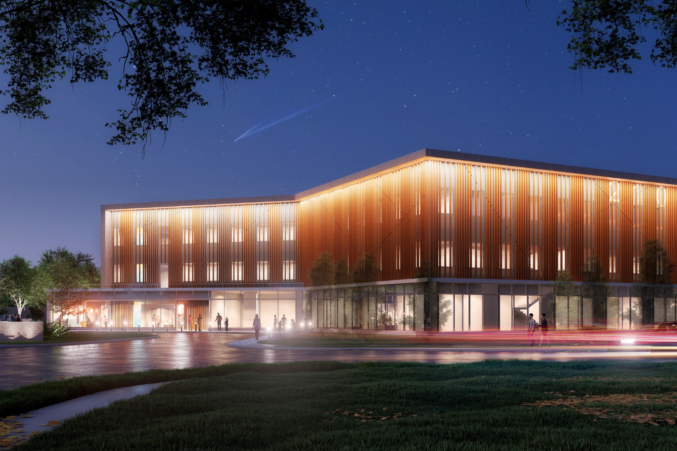 Being referred to as a “legacy project” by Euless city officials, a first-of-its-kind Class A medical office broke ground at 2101 Westpark. The 60,000 square-foot office was developed by Dominus Commercial. Hoefner Welker led the design and Talley Riggins handled construction. According to officials, the project is set to become a major center of wellness—”a hub of health practitioners and organizations that offer complementary services with the goal of working together for optimal growth.” The anchor tenant, MacArthur Medical Center currently sees up to 800 patients per day and is focused on becoming the community leader in women’s and pediatric health. The building is slated to deliver in July 2022.