Commercial real estate firm Paladin Partners is exchanging its Plano address for a new headquarters in Dallas on the 8th floor of Galleria Tower III. Co-founder and partner Conrad Madsen says, “The Galleria is one of the most iconic developments in all of Dallas/Fort Worth, and we couldn’t be more enthusiastic about our upcoming move.”

“It has been our firm’s goal to eventually move our headquarters into a Class AA office property to provide our team with incredible amenities in a new, energetic, and innovative environment,” he adds. “We are happy to say that time has now come.”

The firm is also expanding its footprint to almost 6,000 square feet to accommodate its new growth. The new space is said to have some pretty cool amenities, such as a spa room for employee wellness and arcade games.

“We chose to be right at the intersection of Main and Main,”  says Greg Nelson, co-founder and partner with the firm. “While there has been a recent migration of some of our competitors to Uptown, our team was polled, and the resounding views were to be more centrally located for both our employees and clients.”

Prestonwood Country Club in far North Dallas has a new owner. Dallas-based ClubCorp previously purchased the property in 2014 from Dallas’ Henry S. Miller family. ClubCorp did an extensive renovation of the property and has sold it to Dallas-based Spirit Realty.

The Tru by Hilton Hotels on Stemmons Freeway has sold to Roanoke-based Napali Capital. The hotel tower was recently redeveloped and previously was an office building.

Midpoint Logistics Park Site, a 1 million-square-foot spec site, is planned for the northwest corner of Midpoint Driver and SH 342 in Lancaster. According to state records, the site is valued at just over $42 million and will begin construction in mid-August. Alliance Architects will lead the design.

Jackson-Shaw has filed a state permit to start construction on Alcott Station, a one-story industrial cold dark warehouse at 2800 E. Scyene Road in Mesquite. The 304,415 square foot project will begin construction in mid-August and take a year to complete. GSR Andrade Architects will lead the design. 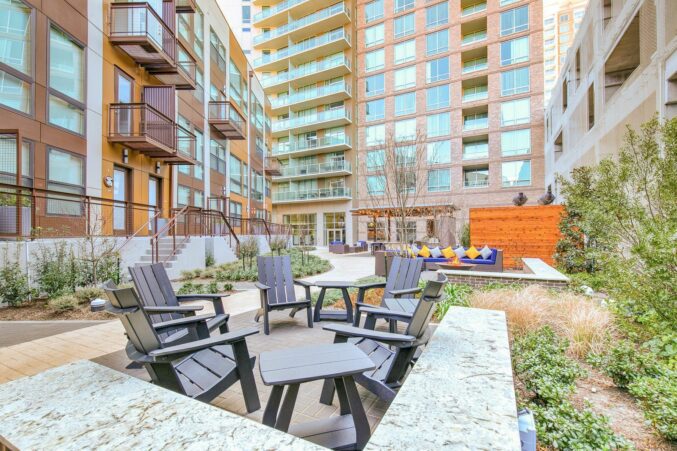 The 21-story Mondrian apartment high-rise in CityPlace has sold. The building has 218 units and 19,000 square feet of retail space. It was the first high-rise residential in CityPlace. Washington-based Kennedy Associates Real Estate sold the property to HSF Mondrian of Lakewood Ranch, an affiliated with Florida-based Hasta Capital.

City Point Apartments has filed a state permit to build a 456,949-square-foot low-rise multifamily at 1228 Euclid in Richland Hills. According to state filings, the $44 million project will begin construction this December and complete in late 2023. Dallas’ GDA Architects are leading design.

A state filing to start construction on Hall Park, a 19-story multifamily at 6801 Gaylord Pkwy, has been filed. The $9.8 million project will begin construction in mid-September. Dallas’ WDG is leading the design.

Modern Kimsey by Modern TH has filed a state permit to build a 9,449 square foot townhome project at 2606 Kimsey Dr. in Dallas. The $1 million project should break ground in early August and finish construction by April 2022. Nebraska-based Method Design Studio is the listed design firm.

Ridglea Square, a 54-unit property located at 6020 Malvey Ave. in Fort Worth, has sold. Mark Allen of Greystone | Investment Sales Group represented the local seller in the transaction and procured the Buyer. Built in 1960 and renovated in 2019, the property consists of one and two-bedroom units. 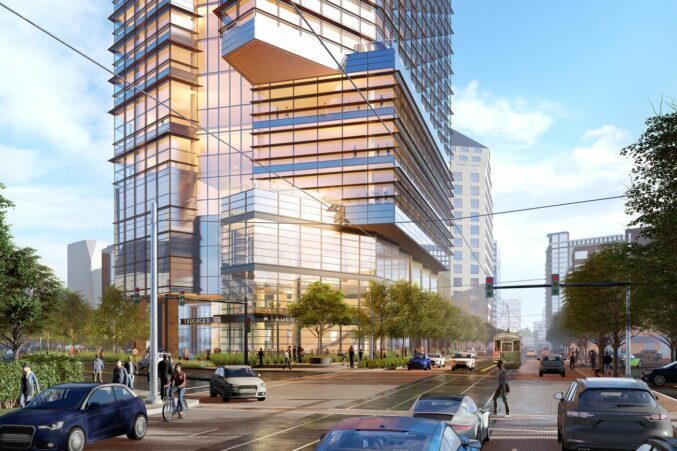 Trammell Crow Co. will break ground on this project by early 2022.

Trammell Crow Co. has filed a state permit to start construction on its $200 million 2401 McKinney project in Uptown. Construction is expected to begin in February and complete in 2025, according to state filings. The site is located where Truluck’s and a former Gold’s Gym currently sit. Trammell Crow has plans for a 29-story mixed-use tower with 6980,000 square feet of office space and a new Truluck’s (10,829 square feet); a 12,829-square-foot health club 5,000 square feet of undetermined retail space. The project has been designed by a team featuring Pickard Chilton, HKS, and OJB Landscape Architecture. 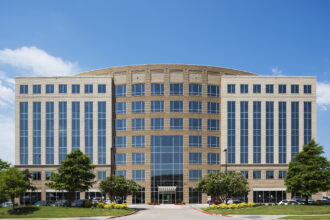 PedFed Credit Union has leased 30,000 square feet at Las Colinas Highlands in Irving. PenFed, the nation’s second-largest federal credit union with headquarters in Tysons, Virginia, will expand its mortgage origination and servicing business into the entire fifth floor of the office building. The move is expected to create 300 jobs. Sara Fredericks with Newmark represented PenFed on the transaction, and Kristi Waddell of Cawley Partners represented the landlord.

According to a state filing, Baker Hosteler is starting construction on its new 4,411-square-foot office in Harwood No. 10. Construction on the $545,000 project will begin in August and be completed by the end of the year. DLR Group | Staffelbach is leading the design. 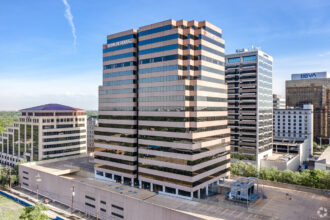 Oregon-based Holbrook Holdings has relocated its Dallas office to the Toll Hill Office at 635 and Dallas North Tollway. Taylor LeMaster of Inroads Realty represented the tenant.

Dr. Simi’s Office & Event Venue is headed for 1530 N. Hampton Road in De Soto. The 25,046-square foot property will house a 15,113-square-foot medical clinic and just over 6,000 square feet for an event venue. The project is valued at $6 million and is expected to start construction in mid-September. Plano’s LB Architecture & Real Estate will lead design.

Aso Rock Market has leased 9,263 square feet at Village by the Parks Shopping Center off South Cooper in Arlington. Taylor LeMaster represented the landlord at Inroads Realty, and the tenant’s broker was David Balogun with Morrow Hill.

The Trophy Tables signed a 10-year lease for an 8,248-square-foot restaurant located at 3000 State Highway 114 in Trophy Club in Denton County. This new restaurant is from Julia and Kevin Von Ehrenfried of The Tipsy Oak in Arlington. Andy Anderson at Restaurant Properties Group represented the tenant. 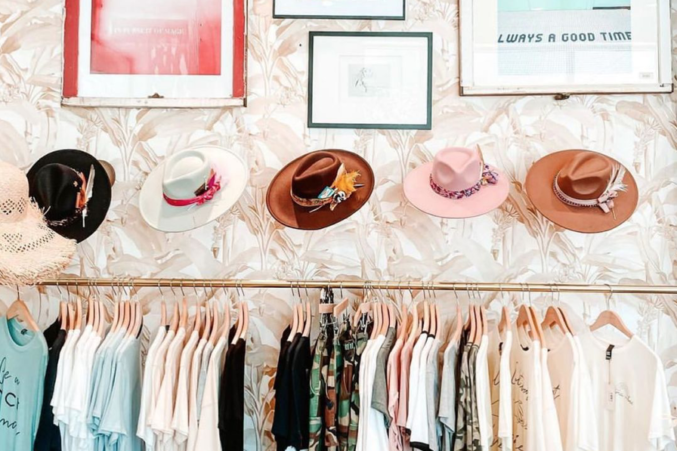 Flea Style will be expanding with a store opening in Mule Alley in fall 2021. Originally an outdoor pop-up flea market called The Dallas Flea founded by Brittany Cobb in 2009; this will be Flea Style’s third location. And, the 3,400-square-foot space will also house their biggest hat bar to date.