On April 28, D CEO will reveal the winners of its 2021 Commercial Real Estate Awards program. Leading up to the big event, we’re featuring all 83 finalists (51 projects and deals and 32 professionals), one category at a time. Today, we’re sharing information about the project in the Best New Office Project category. 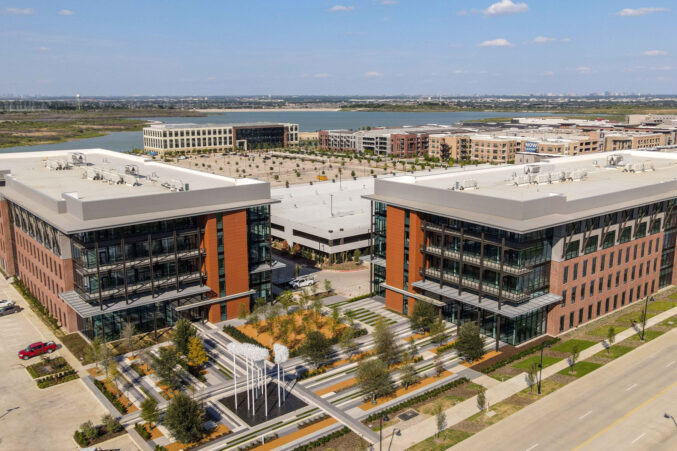 Since developing Cypress Waters, this was the first time Billingsley Company built two spec buildings at the same time. The offices at 3401 and 3501 Olympus Blvd. wrapped up construction in the midst of the Covid pandemic when leasing activity came to an abrupt halt. Nonetheless, the finished 2020 with 3401 Olympus 100 percent leased and 3501 at 40 percent leased. Built with luxury in mind, in both buildings, the first floor lobbies boast two-story abstract tile art walls designed by local artist Ted Kincaid. Other amenities include an 80-seat conference center in 3401 Olympus, while 3501 Olympus contains a 4,000-square-foot fitness center with spa-quality locker rooms and towel service. The buildings are connected by a beautifully landscaped outdoor plaza that boasts a 40-foot sculpture depicting clouds that reflect in the water feature below. 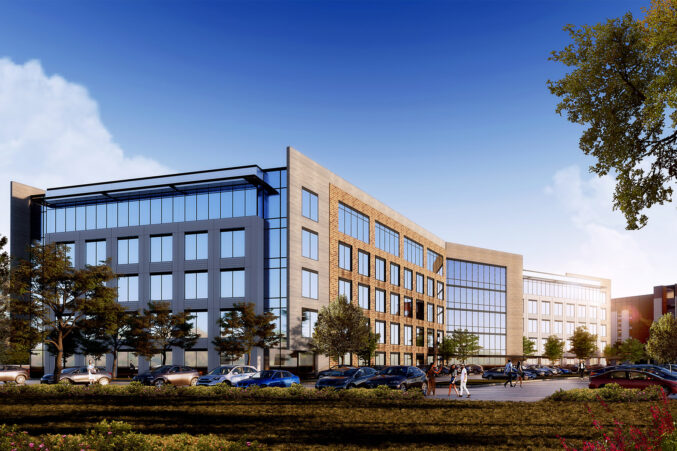 HQ53 is a unique project because it was not originally a build-to-suit project. In May of 2019, Aimbridge Hospitality signed a lease for 75,000 RSF of what was planned to be a 200,000 RSF building. Due to tenant activity in the market, Cawley Partners expanded the size of the building by one floor, adding 50,000 RSF.  As plans finalized and construction began, Aimbridge amended its lease and added a floor to its plans. In the summer of 2020, right in the middle of the COVID pandemic and during the construction of the project, Aimbridge executed another amendment to lease the entire building. 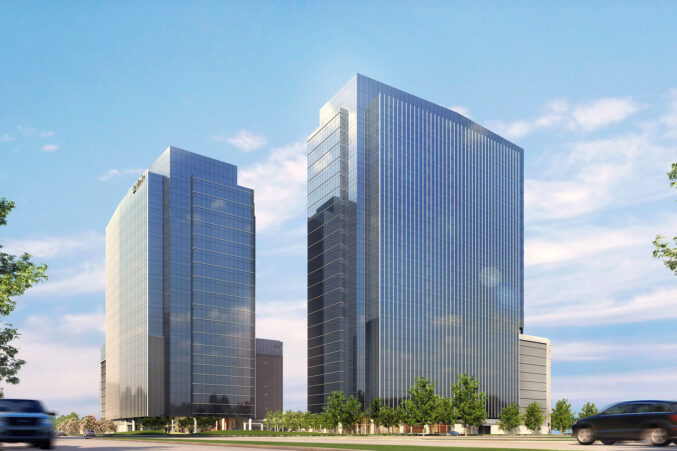 Trammell Crow Company developed a 327,700 square foot Built-to-Suit office for Reata Pharmaceuticals in Plano. Before the lease, Reata Pharmaceuticals was based out of Irving before transitioning to a temporary space in Plano in 2019.  The building will serve as their corporate headquarters, and the new space will allow them to grow from 227 to 500 full-time employees by 2022 and over 1000 by the end of the decade. The office building is notable due to its size, in addition to the economic and community impact that will come from Reata keeping its headquarters in North Texas, highlighting the region’s growth as a biotech hub. 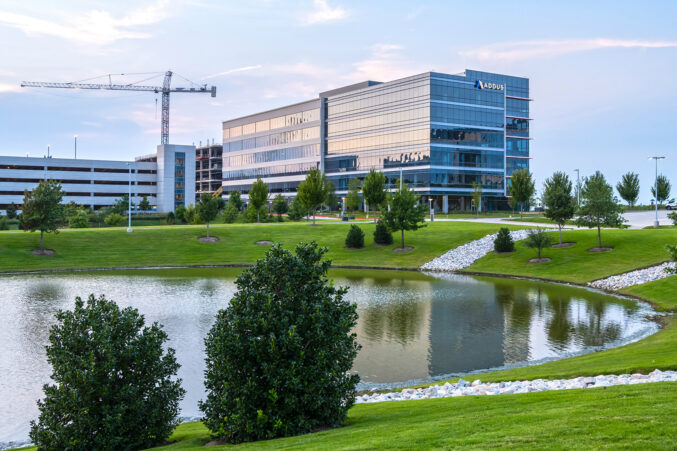 The Offices Two at Frisco Station

Even before completion, The Offices Two at Frisco Station was the center of leasing activity in Frisco, securing well-known companies such as Keurig Dr. Pepper; Stifel, an American investment bank; and Insperity, an American personnel management company. Situated in the 242-acre mixed-use development Frisco Station, The Offices Two is a six-story, 210,000 square foot office tower. The Class A development remained 90 percent leased, despite the decline in office leases due to COVID-19. During the pandemic, the demand for The Offices Two remained strong. In the last year, the building added three large leases, including Fortune 500 company Magellan Health, leading digital transformation services company, MTX Group, and the relocation of the leading provider of comprehensive home care and support services company, Addus Homecare’s headquarters. The Offices Two will house hundreds of the expected 15,000 people who will work within Frisco Station upon completion. 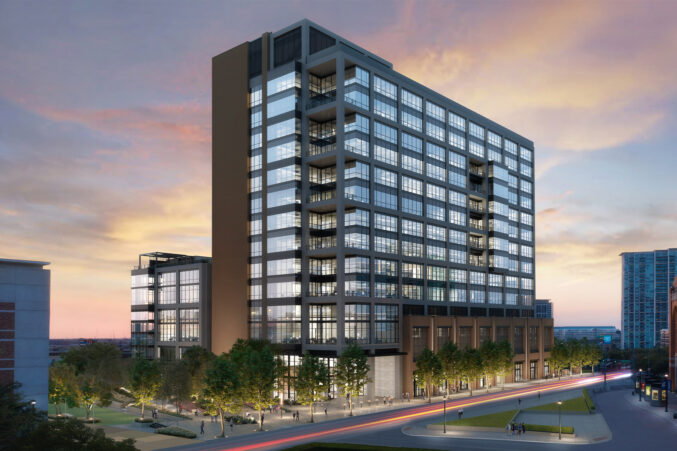 One of several North Texas office buildings currently under construction, Victory Commons One is set to become the first building in Uptown to be completed since the onset of the COVID-19 pandemic. The 365,000 square foot office is equipped with several key enhancements for the health and safety of employees, including HVAC systems with ultraviolet air treatment capabilities and touch-free elevators that can be called via a smartphone app. The building also contains floor-to-ceiling windows and 360-degree views, which complement the open 33,000 square foot floor plate. Victory Commons One also contains a rooftop terrace and an outdoor plaza with connections to the DART, designed by TBG landscape architects.