Teso Life, a coveted brand for Japanese lifestyle retail, will open its first store outside New York and fifth in the nation in NewQuest Properties’ Carrollton Town Center in North Dallas. It has signed a long-term lease for 14,236 square feet of retail space at NewQuest’s Carrollton Town Center. The NewQuest team spent nearly three years marketing Texas to Teso Life. Doors will open in early fall. 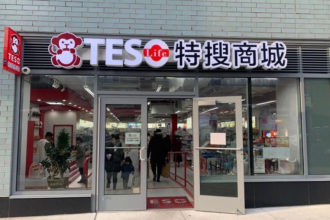 “To bring Teso Life at this time in the business recovery cycle gives Carrollton Town Center a sense of newness and encourages people to venture out and explore,” says Heather Nguyen, who’s gained prominence in retail brokerage for creating the high-end Asian-influenced lifestyle concept for Houston-based NewQuest Properties. “We traveled to Japan and visited many department stores and retailers. Teso Life’s high-quality products for daily use are a perfect complement for the center, which has been successfully attracting a diversified demographic and new experiences for our audience.”

Carrollton Town Center is 98 percent occupied, with just 3,454 square feet of available space. The project’s second phase is limited to ground-leased pad sites, two of which are already under negotiation.

Southlake-based Magnolia Property Co. has filed a permit to build a new 140,000 square foot apartment community at 13725 Montfort Drive–previously an office building that was torn down. The new development is in the same area as the Dallas Midtown project. Wilder Belshaw Architects will design the $15 million plan.

E. Hardin has filed a permit to build a 41,571 square foot building at 250 N. Hardin Blvd. in McKinney. The project is estimated to cost $6.3 million, and Oklahoma-based The Small Group is the architect.

A permit has been filed to build a $5.5 million Radisson Hotel at 8230 Ester Blvd. in Irving. Ritzway Construction is designing the 109,112 square foot hotel. 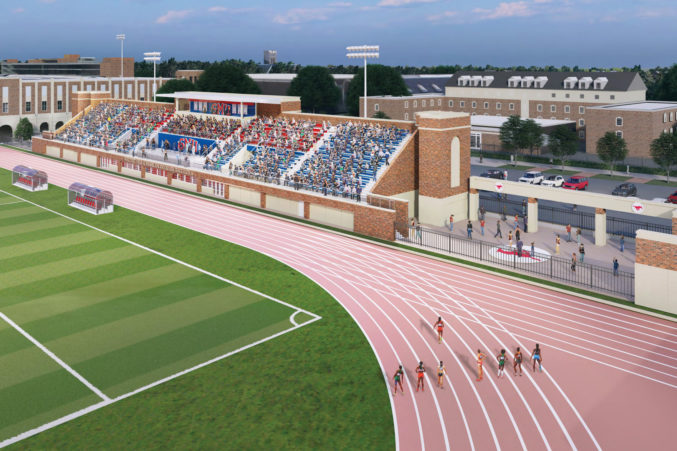 SMU has filed a permit to start construction on a structure at the Washburne Soccer and Track Stadium. The $5 million project will include new locker rooms, bleachers, a team room, a training room, and a press box with elevators. Glenn Partners will design the 13,380 square foot building.

Bachendorf’s owner Lawrence Bock has filed its permit to build-out a 1,700 square foot Rolex store at Highland Park Village. Design Alchemy is designing the $2.5 million project, which is expected to open this fall.

Raising Canes Restaurants has filed a permit to build a new restaurant at 6060 Coit Ave. in Plano. The estimated $2 million project will be 2,772 square feet. Dallas-based CSRS is the architect.

Landon Development Co. has revealed plans for a 637-acre mixed-use development west of Coit Road between Main Street and Eldorado Parkway in Frisco. The full build-out of the project is estimated to cost more than $1 billion. 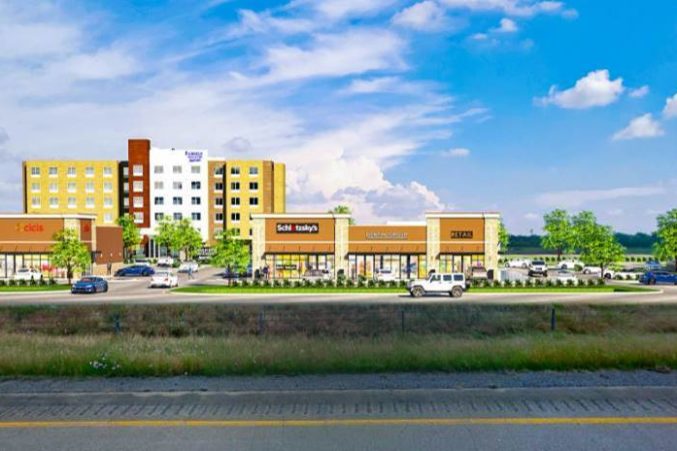 The future site of a 95-key Marriott Fairfield Inn is located at the northeast quadrant of I-45 and East Ennis Avenue (SH 34).

Enterprise America, a Dallas-based integrated real estate services company, has purchased almost two acres of land at Ennis Crossing, a 7-acre development in Ennis. The future site of a 95-key Marriott Fairfield Inn is located at the northeast quadrant of I-45 and East Ennis Ave. Demian Salmon with Stream Realty Partners represented Enterprise America in the purchase, while Jim Jamerson with SEGOVIA Retail Group and Chad DuBose with Foremark brokered the sale on behalf of DA Ennis 45 Partners.

Istation has signed a 50,000 square foot headquarters lease renewal at landmark high-rise Campbell Centre in Dallas, Texas. Emmitt Smith, of ESA, was instrumental in facilitating the relationship between NKF and Istation. John Wolf and Sara Fredericks represented Istation in the renewal. The building owner is Haberman & Haberman.