SkyWalker Property and Keller Williams have purchased the Waxahachie Daily Light building at 200 W. Marvin Ave. in Waxahachie from GateHouse Media Texas Holdings II Inc. Newspaper management has inked a 90-day sale-leaseback to allow time for renovation of its new office and relocation. The 12,018- square foot commercial building ultimately will be the realty firm’s base of operations in Ellis County. Renee Efimoff, senior vice president of SCM Real Estate Services, negotiated for the buyer. Representing the seller was Greg Cleghorn of BellCornerstone.

To have your transactions and projects included, please send details to Real Estate Editor Bianca R. Montes at [email protected].

Hart & Cooley renewed their lease for 152,274 square feet of industrial space at 200 Northpoint Drive in Coppell. Brian Gilchrist and Tim Vogds with CBRE in Dallas represented the tenant in the lease.

Johnson Controls renewed its lease for 55,061 square feet of industrial space at 1615 Diplomat Drive in Carrollton. Brian Gilchrist and Tim Vogds, with CBRE in Dallas, represented the tenant in the lease. 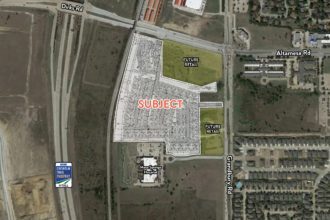 The NextMetro site is just east of the Chisholm Trail Parkway, a 27.6-mile toll road extending from downtown Fort Worth south to Cleburne. 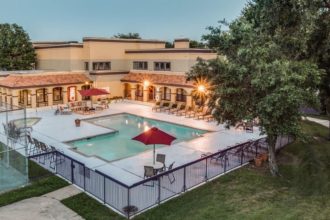 The Vineyards at Arlington Apartments, located at 2007 Springcrest Dr., was sold. The 396-unit multifamily property is spread out over 31 buildings and 16.4 acres. The team of Taylor Snoddy, James Roberts, and Philip Wiegand, of NorthMarq, represented the seller. The buyer was Pegasus Real Estate. 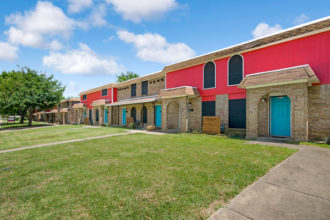 El Paso on the Park

El Paso on the Park in Grand Prairie was sold. Bryce Smith and Chase Davis, with The Multifamily Group, represented the seller and procured the buyer. 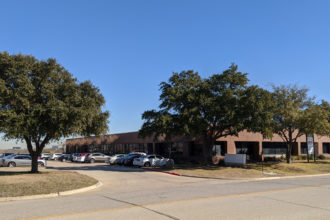 Dexperts, a locally based cybersecurity firm’s headquarters and operations teams, will relocate to the project in the coming months from a leased site less than three miles away.

Dexperts Inc has purchased a 20,090 square foot building at 3001 N. Skyway Circle in Irving from SkyWalker. The locally-based cybersecurity firm’s headquarters and operations teams will relocate to the project in the coming months from a leased site less than three miles away. Michelle Hudson and Tom Hudson, of Hudson Peters Commercial, represented the seller, Life Is A Skyway LLC. Lisa Linford, of Texas Key Real Estate Group, negotiated on behalf of the buyer.