First, let’s get back to the basics. Economics 101: Inflation occurs when prices of goods and services rise, leading to a decrease in the value of the currency. The inflation rate has been just 1.6 percent annually for the last 10 years, well under the Federal Reserve’s 2 percent goal.

So, what does that mean for you? 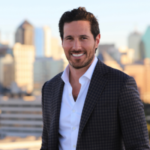 At a 2 percent rate of inflation, if you think you’re getting the 7 percent average return in the stock market, you’re actually getting 5 percent. With close to $6 trillion of stimulus being disbursed, it’s no surprise that inflation has become an even bigger concern lately. “Free” money being pumped into the economy means higher prices. And because of COVID, the Fed has even updated its policy to allow inflation to surpass the 2 percent threshold.

But multifamily – and real estate in general – has always acted as a hedge against inflation. First, unlike currency that can arbitrarily be printed, real estate holds an intrinsic value. There’s a limited supply. And with it comes appreciation.

Second, inflation generates more income (e.g., rent). While the costs of homes go up due to inflation (median home prices in DFW are already predicted to grow nearly 16 percent this year), so will rents. That’s because the increased cost creates challenges for those seeking to buy homes, which leads to higher rental demand. And demand pushes rents up more. Notably, while multifamily revenues go up, the biggest expense – the mortgage – remains fixed (with debt often being in the form of long-term fixed-rate loans).

Inflation will impact the value of multifamily assets. More rental income equates to a higher sale price. Hypothetically, just another $10 a month per unit in rent on a 100-unit property would add an additional $240,000 in value for a sale (assuming just a 5 percent cap rate). And a little inflation by itself isn’t a bad thing – in fact, it can help stimulate an economy.

But too much inflation can be devastating. We experienced hyperinflation in the ’80s when the Federal Reserve was forced to raise rates (while at the same time pushing the economy into a recession). If inflation does rise to unhealthy levels, the Federal Reserve would have to raise rates again, which will also impact the low long-term fixed-rate financing options available, and ultimately impact the pricing of multifamily assets (higher mortgage rates mean lower purchase prices and vice versa).

Regardless of inflation, Dallas Fort-Worth is primed for growth.

DFW is projected to have population growth by nearly 18 percent by 2029. Median household incomes in Dallas grow by over 3 percent year-over-year. And median property values increased by 11 percent in just the past 12 months. So whether inflation ticks up or doesn’t, the mere fundamentals of the DFW real estate market should provide a nice buffer to weather the storm.

Jack Stone is the director of investment sales at Greysteel.