As companies shift to hybrid models, workplace activity in some of the largest cities across America is still about 50 percent below pre-pandemic levels, according to recent reports. According to Kastle Systems, the Dallas area rests just above the curve with 50.7 percent of employees back in the office, which is tracking America’s return to work via their workplace occupancy barometer.

Both workers and employers support the shift to hybrid. According to a Remote Work & Compensation Pulse Survey taken in May 2021, 48 percent of employees expressed a desire to be fully remote, and 44 percent favored hybrid working arrangements. Among employers, 51 percent support the hybrid work model, while only 5 percent mention fully remote work as a possibility.

So, with half of the city back in the office and the other half edging toward returning to work for at least part of the week, why then are flex spaces—often alternatives to offices—booming?

In the last few months, coworking companies have flocked to, or expanded within, DFW, including New York-based Industrious, Common Desk, and SUCCESS.

“Name the big tech company, name the big financial service firm, the big consulting firm,” Marty Long, director of real estate strategy for Industrious, said. “They are all talking to Industrious…trying to figure out how to provide a more flexible, distributed real estate portfolio for their employees.”

Coworking has been around since the early 2000s; however, widespread global appeal did not catch on until a few years ago. Before the COVID-19 outbreak, flexible workspaces held a minuscule market share of office space, but demand was rising, according to local players.

“In the last few years leading up to the pandemic, you were seeing adoption of [coworking space memberships] across the entire country and globally,” Long said.

Then, the industry became crippled by COVID closures and was forced to adapt. 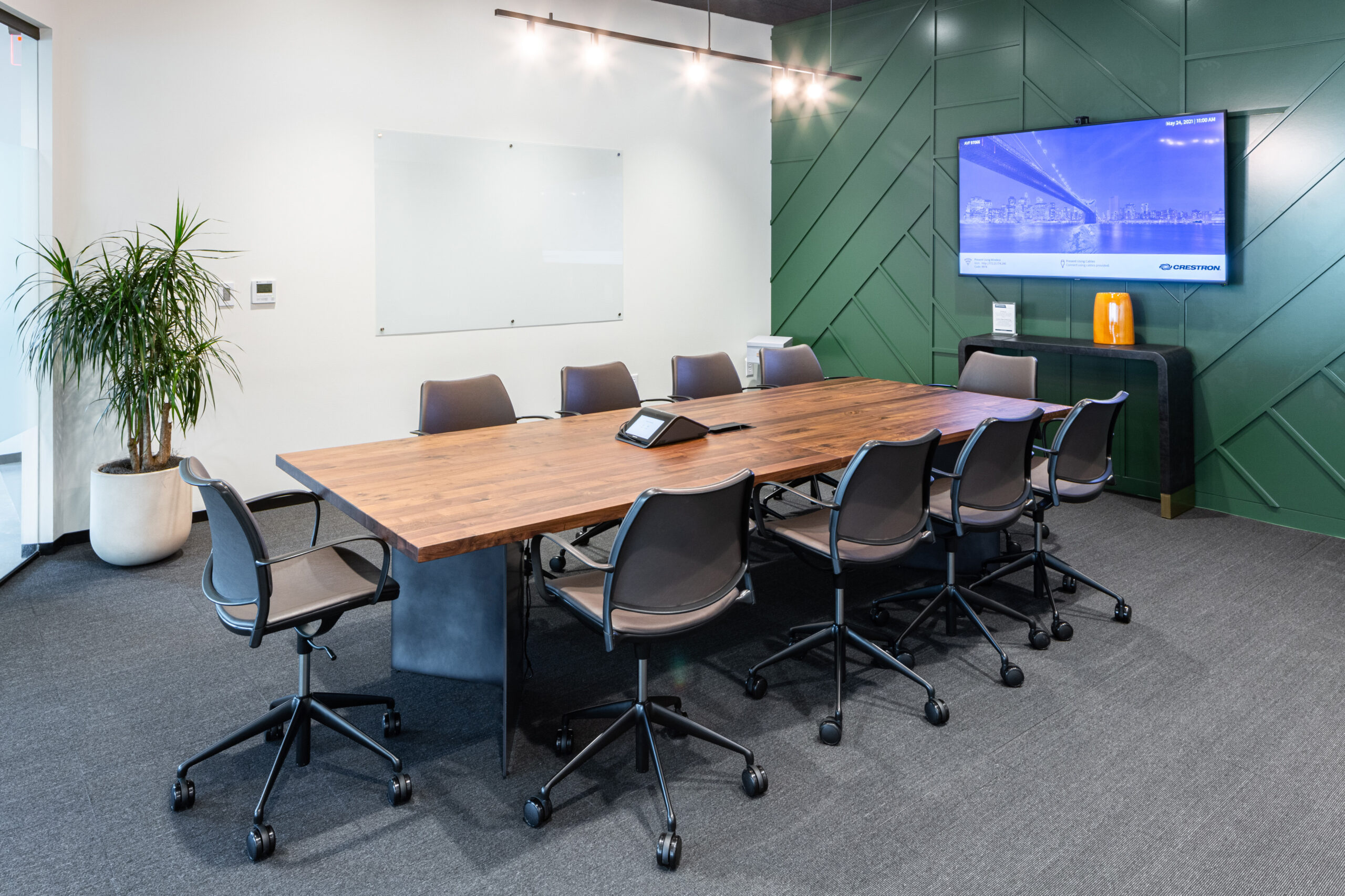 According to Cushman & Wakefield, by the pandemic’s peak, Q2 of 2020, coworking spaces accounted for 1.5 percent of office share in DFW. However, and that’s a Texas-sized however, within that share, research suggested that 30–50 percent of the coworking office spaces were vacant during that time.

But, true to their name, flexible spaces have proven, well, flexible, and have begun coming back with a vengeance, providing post-pandemic workers with the thing they now crave—options.

Since the end of 2020, coworking spaces have increased by 158 percent. Old players are jumping back in strong: Common Desk recently announced new locations in HALL Park, and Industrious just opened its fourth Dallas location near the Dallas Farmers Market.

“Dallas was one of the most gung-ho markets to return to the office earlier on in the pandemic than we’ve seen in some coastal markets,” Long said.

“We’re seeing companies solve future office needs by addressing work from home, work near home, and the corporate office,” Nick Clark, founder, and CEO of Common Desk, commented. “Companies and employees want flexibility, which most of the time means optionality as opposed to short-term leases.”

But new players and partnerships are also spurring growth in the local market with new models they believe are adapted to post-pandemic demands.

Dallas-based SUCCESS Enterprises, the producer of SUCCESS magazine, has launched its take on modern coworking in Tampa Bay, Florida, due to industry demand. It plans to enter the Dallas market within the next year, rapidly building the coworking side of its business.

“I think we’ll be in the Dallas market in the next six to 12 months,” Ted Laatz, COO of SUCCESS Enterprises, said. “When you think about all the different residential communities that feed into various highway networks that all funnel people into office buildings, putting a location near one of those on-ramps [is a possible plan].”

“The first 1,500 square feet of our spaces is a café,” Laatz said. “People are accustomed to going into coffeehouses to work, so we’ve designed a café very much in line with other coffeehouses.”

The other 3,500 square feet of SUCCESS’ space is single-and two-person offices and private coworking booths. There is also a staff of full-time business coaches available at each location.

“We recognized the way people work has changed since COVID,” Laatz said. “Our goal is to create an environment for individuals to work—both individually and collaboratively—to grow through professional coaching, and to utilize advanced technology they wouldn’t otherwise have access to.”

Dallas real estate giant CBRE has also entered the coworking competition. In February, it acquired 35 percent of Industrious ownership. A survey fueled the acquisition, as CBRE found 86 percent of its occupier clients plan to incorporate flex office space in the real estate strategies, and 82 percent will favor buildings that offer a flex-office component.

“Our investment in Industrious is consistent with our view that flexible office space is playing an increasingly central role in companies’ occupancy strategies and aligns us with an exceptional operator and an outstanding leadership team that is executing a great strategy,” president and CEO of CBRE Bob Sulentic said.

Industrious, who just recorded two record-breaking months of sales in May and June, doubling the company’s pre-COVID average monthly sales record, recently opened its fourth coworking office in DFW with the 23,000 square foot Industrious Dallas Farmers Market on South Pearl Expressway. Its other locations are in the Arts District, the Park District, and Plano. 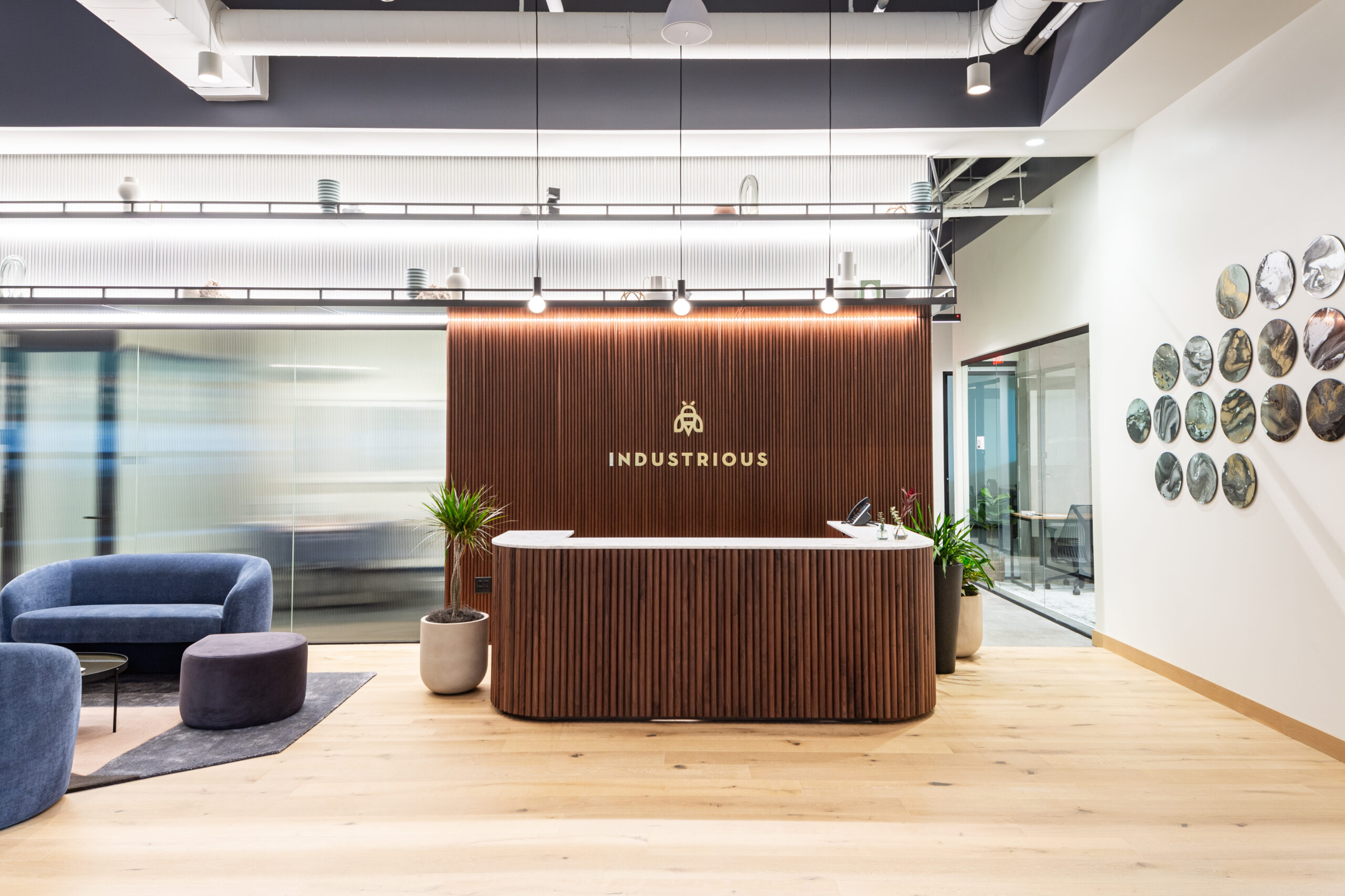 “Dallas presents that perfect intersection point of the enterprise users that are really interested in adopting a more flex-oriented real estate consumption model, as well as a growing userbase from a small and medium business perspective in Dallas’ very entrepreneurial culture,” Long said.

The partnerships do not stop there. Workspace furniture producer Vari has recently announced a partnership with Venture X to elevate new properties across America by streamlining design and manufacturing.

“Prior to our partnership, our most challenging pain point was how long and arduous the design, delivery, and installation process can be,” said Paula Mercer, vice president of operations at Venture X. “Now we have a single point of contact for design, ordering, and installation, so when we bring on new franchisees, new locations can be operational and ready to open quickly.”

Moving forward, coworking is only set to grow. JLL predicts that 30 percent of all office space will be flexible by 2030. From company partnerships like Vari and Venture X, new players like SUCCESS, and the stable presence of Common Desk, Industrious, and others, the coworking wave is primed for the ride.

Long and Laatz believe the pandemic opened our eyes to the possibilities of flexible work options placing the coworking industry on the fast track. Next stop: Destination Dollars.

“We’re seeing a similar dynamic with Zoom and Peloton,” Long said. “Some of these trends were already happening, and the [pandemic] just accelerated these trends. What might have taken five years has taken one pandemic.”