Like so many women in their early twenties, Whitney Rowell moved to New York City after college, launched a blog (“Lifestyle Hunting”), and eventually abandoned it. The last post she published was for “The Miracle Milk Cookie,” a recipe she’d concocted to help with breastfeeding her first daughter after she moved back home to Dallas. “I’d always made oatmeal chocolate chip cookies for parties and sorority events. It was just kind of my cookie,” says Rowell. They tasted almost exactly the same after adding the lactation-encouraging combo of flaxseed and brewer’s yeast (oats were already in the recipe). When she became pregnant again in 2017, she revisited the since-abandoned blog to find the recipe post, which had quietly racked up a total of 300,000 views in a year and a half.

“I was like, How did this become so popular?” says Rowell. “I just thought I’d post it for my five friends that read the blog if they ever started breastfeeding.” She eventually traced the source to Pinterest (the photo of the cookies currently has 8,000 repins). Popsugar and Health had offered a big boost as well. But the virality of the recipe probably had more to do with a new-mom need than online aggregation. “I knew there was something there, just going back to that first blog post,” recalls Rowell. “There are so many amazing clothing lines and apps out there, but they’re all about baby. There wasn’t a lot that supported mom.”

Rowell called up a girlfriend, who was also an attorney, to see if she could turn her blog post into a business. They took the popular “Lifestyle Hunting” post down and registered the name “Miracle Milkookies” (L’Oreal owned “Miracle Milk”). Rowell, whose background was in marketing and branding, built her own Squarespace site, filling it with photos of her cookie-filled kitchen counter, and officially launched her business in July of 2017. “I would bake dozens of cookies at home, then pack up my daughter and drive to Highland Park, Lake Highlands, Richardson, and even Frisco,” says Rowell. “It was insane, but I felt so much compassion for all these moms. I just wanted to get every single one their cookies warm and fresh.” 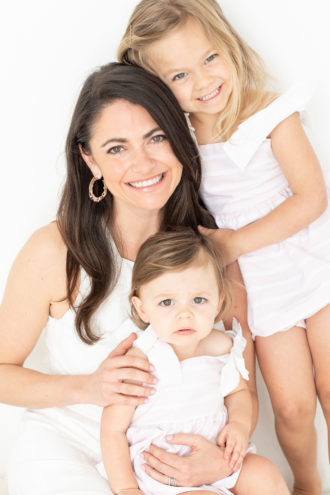 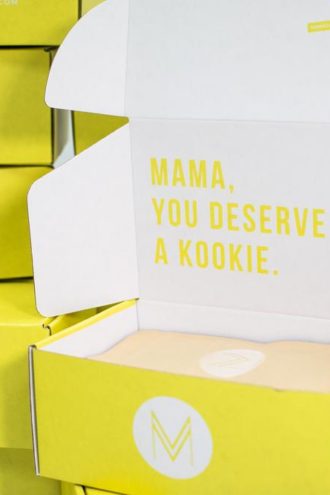 Rowell with her two daughters.

It wasn’t sustainable, especially when word of mouth began spreading beyond Dallas. “Brooklyn Decker ordered from us. Normally I would email people back to apologize and explain that we’re only in Dallas, but for Brooklyn, I made an exception,” laughs Rowell. Milkookies were ordered by The Tot founder Nasiba Andilova, who eventually gave them to her new-mom friends, like Leandra Medine (“Man Repeller”), and Arielle Charnas (“Something Navy”). “I would text Nasiba’s assistant and say, ‘Please tell so-and-so to not to post about the cookies because I can only make what I’m making out of my kitchen.’”

Miracle Milkookies finally launched nationally in August of 2018 (and added a Klean Kookie option), after Rowell found a commercial kitchen in Garland that freed her up to focus on branding and building a “Miracle Mama Community” around supporting mothers and creating a safe space to talk about topics like postpartum depression and infertility, in addition to breastfeeding. “It’s weird. After the baby is born, a lot of doctors will give you a little form that’s like, Do you want to harm the baby? Yes or no? Do you want to harm yourself? Yes or no? It’s not that black and white,” says Rowell, who recently launched a podcast, Message From Mom, where she interviews other mothers, entrepreneurs, teaching consultants, and night nurses. “Every single person is like, If someone says they’re doing great, and having an amazing sex life, and loving life as a mom during the first couple of weeks, they’re absolutely lying to you.”