On one of her habitual drives through Fort Worth’s Fairmount historic district, known for its neighborly bonhomie, artist Heather Essian stumbled upon a property that was more of a construction site than it was a home. The circa-1905 dwelling, which had been converted into a quadplex sometime in the 1940s, was in the process of being returned to its original single-family glory, thanks to a group of area investors. Essian and her husband, Jim, purchased the house mid-renovation, and Jim took on the role of general contractor on top of his responsibilities as the founding pastor at The Paradox Church.

Heather relied on her own artistic instincts in designing the space, bringing in pieces that had as much history as the house itself. “I feel more calm in a space that has more earth tones and less bright color, and my artwork reflects that, too,” she says. “I paint a lot of neutral paintings that are heavy on texture, and that’s what I like to surround myself with.” In 2017, after 14 months of intensive restoration, the couple and their three young daughters moved into the home of their dreams. 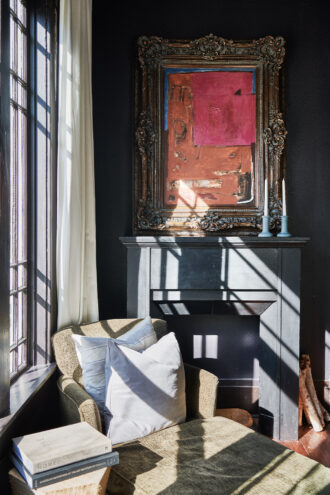 In the parlor, the chaise lounge and mantel are both Facebook Marketplace finds, and the artwork above the mantel is the artist’s own.
Elizabeth Lavin 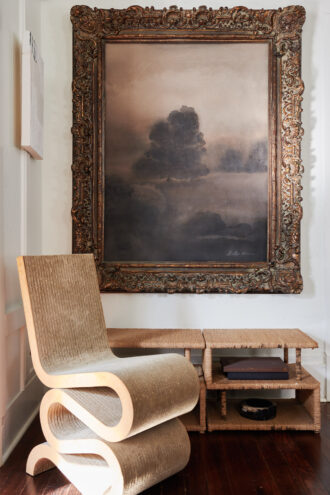 One of Essian’s favorite pieces in the home is this “Wiggle” chair, sourced from her favorite place, Facebook Marketplace. The landscape is from an upcoming series Essian is launching in the spring.
Elizabeth Lavin 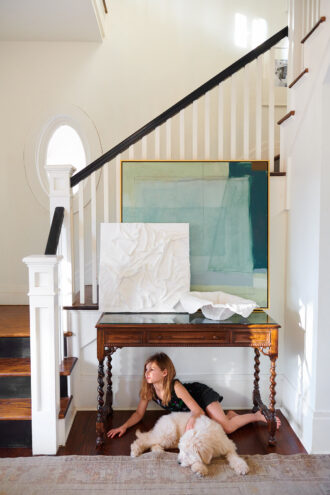 Hollis cuddles up to the family’s dog, Bo, in the home’s entryway underneath a vintage desk that displays several of Essian’s pieces.
Elizabeth Lavin 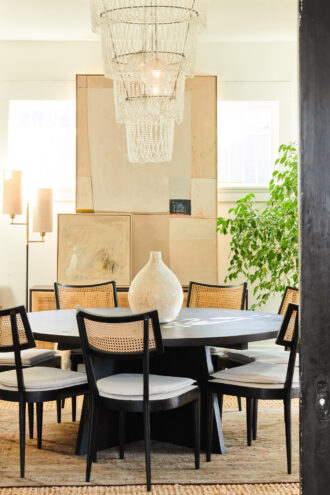 A bespoke oak table made by Essian’s uncle sets the tone in the dining room.
Elizabeth Lavin
View Gallery