Enjoy unlimited access to all of our incredible journalism, in print and digital.
Subscribe Now
Advertisement
Nonprofits

Our inaugural awards recognize corporate efforts to give back to the community in North Texas.
By Glenn Hunter | August 2, 2018|8:05 am

It’s hard to top the impact of the YMCA of Metropolitan Dallas, which aims to “strengthen communities” from McKinney to Waxahachie with Christian values and programs that “build a healthy spirit, mind, and body for all.” The organization annually provides programming for more than 200,000 North Texans at 19 branches, two camps, 78 after-school locations, and 200 program locations. The nonprofit, which serves all North Texans regardless of their ability to pay, last year distributed more than 65,400 financial-aid scholarships and offered free programs for the likes of drowning- and diabetes-prevention and STEM learning for low-income students.

Recording a budget surplus the last five years, the group is led by Curt Hazelbaker, who took over as president and CEO in 2017 after serving as president and CEO of the Y operation in Northwest North Carolina. Hazelbaker says he’ll stress two main initiatives over the next year: the Y’s new Summer Learning Academies—focused on providing elementary-school students with a five- to six-week summer-camp learning experience—and a purposeful “growth strategy” for the YMCA of Metropolitan Dallas. That strategy, Hazelbaker says, could result in as many as 18 new or renovated locations over the next five years.

Organization of the Year

The Family Place
Midsize Organization
20: Number of beds for men and their children provided by The Family Place, which in 2017 opened the first shelter in Texas dedicated specifically for male victims of domestic violence.
Finalists: Dallas Arboretum and Botanical Garden, Girls Scouts of Northeast Texas, Make-A-Wish Foundation of North Texas

Angel Flight South Central
Micro Organization
32K+: Number of missions logged since 1991 by Angel Flight, whose volunteer pilots donate their own time and money to fly people for medical and humanitarian purposes.
Finalists: Foundation for C.H.O.I.C.E., In My Shoes

ScholarShot
97%: Percentage of at-risk students helped by ScholarShot who earn vocational, associate, or undergraduate degrees in 1, 3, or 5 years.
Finalists: Goodwill Industries of Fort Worth, Project Unity

Team of the Year

Corporate Partner of the Year

Since the 1930s, the Visiting Nurse Association of Texas has been helping seniors age at home with dignity and independence. One of the nonprofit’s best-known programs is Meals on Wheels, which provides the homebound with hot, freshly prepared meals five days a week. Last year, Plano-based Toyota Motor North America teamed up with VNA in North Texas and Meals on Wheels Collin County to bolster the nonprofit’s management and internal practices, including in volunteer recruitment and meal production and delivery.

As part of its focus on global mobility, Toyota is investing about $650,000 in VNA/MOW efforts and calling on personnel from a variety of the automaker’s departments to help out, including as MOW volunteers. Along with assessing all the nonprofit’s technology needs, the carmaker is overseeing development of a new mobile app and web platform aimed at collecting healthcare data and making the daily meal distributions more efficient, with fewer returned as “undeliverable.”

The long-term goal, says Colleen Casey, personal mobility manager in Toyota’s Social Innovation division, is scaling up what’s learned across the MOW network within Texas and nationwide. While the North Texas initiative could take 18 to 24 months to complete, “I don’t see our partnership ending there,” Casey says. “We’re really excited about this project.”

Volunteer of the Year 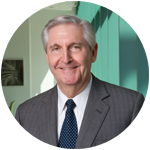 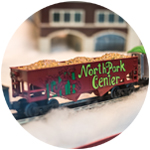 NorthPark Center
70K+: Number of annual visitors to the Trains at NorthPark exhibit, a holiday fundraiser for the Ronald McDonald House of Dallas that NorthPark has hosted for two decades.
Finalists: Ericsson North America, KDC, PNC

Hi, my name is Tim, and I'm an addict. Every year at this time, on North Texas Giving Day, I compulsively check and recheck the leaderboard to see how my favorite local nonprofits are performing. Let's just click on over and -- hey! What's up, Cistercian Prep? My tiny little alma mater sits in second place, in terms of total money raised. Go, Hawks! We're coming for you, Alcuin School. Here's where things stand as of 10 o'clock: as a city, we're on pace to hit the collective $26 million goal. We're 5 percent over last year's total at this time of day. Most impressive is the fact that we've already eclipsed last year's total number of nonprofits that received donations. Last year, 1,580 organizations received donations; as of 10 o'clock, 1,691 had already gotten some love. Keep it up, folks. There are giving days all over the country, but ours in North Texas out-raises them all. (Disclosure: my wife does PR for this event. That means she'll be working way past midnight today. Which also means that my kids probably won't eat the most balanced meal for dinner, and they'll eat it in front of the TV, because Daddy will be watching the Rangers.)
By Tim Rogers
Galleries