Rudolph Bush takes note today of an effort by a fellow named Dallas May to get a new city flag adopted by the city of Dallas. In case you weren’t aware, the current flag looks like this: 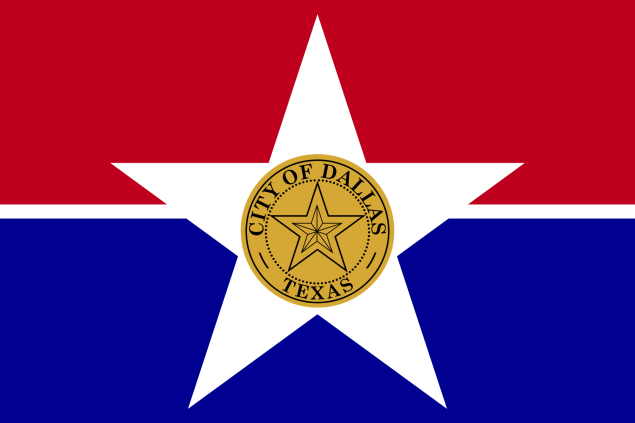 It’s not a good design. It’s not a total disaster like, for instance, Milwaukee’s flag, but it could use an overhaul.

Roman Mars, the man behind the great podcast 99% Invisible has devoted time on his show, and given a TED talk on what makes for a great flag, why so many city flags are so bad, and why that matters as a symbol around which the public can rally and civic pride can be encouraged.

He emphasizes the five principles of great flag design, according to the North American Vexillogical Association. Those are:

1. Keep it simple
2. Use meaningful symbolism
3. Use two to three basic colors
4. No lettering or seals of any kind.
5. Be distinctive

“Simple” is defined as simple enough that a child could draw it from memory. Dallas’ flag fails on that and the other four measures as well. With that in mind, let’s evaluate May’s suggestion for a replacement: 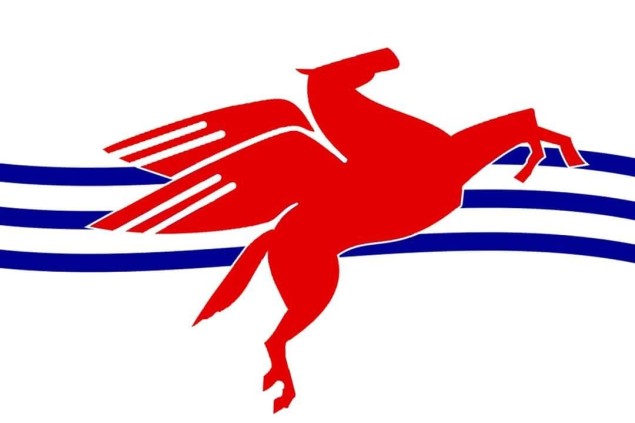 Commenters on the campaign’s Facebook page have suggested minor tweaks, but the basic idea is to embrace the Pegasus as a popular symbol the city, along with three blue lines to represent the Trinity River. I don’t think there’s any question that it meets criteria 2-5. But what about No. 1?

I’d favor an even more simplified, stylized version of the Pegasus. Something more like this, used on some lamp posts downtown. That’d be easier for a kid to draw and more striking.

"Honestly the hate—I have to transform it into motivation because very easily I could show them the 214, the Dallas in me," says Sha'Carri Richardson, who is Tokyo-bound.
By  Taylor Crumpton
D Magazine Directories