Enjoy unlimited access to all of our incredible journalism, in print and digital.
Subscribe Now
Advertisement
Gifts

My Personal Dallas Holiday Shopping Guide, Which Is NOT an Advertisement

I received a couple of snarkish notes yesterday implying that various posts and gift guides on our website were pay-for-play. They aren’t. They are, in fact, the result of some very cool things discovered by some of our very cool editors, some of which are made here by very cool Dallas people. But it got me to thinking. Maybe you’d like to see the very real things that I, a very real and unsponsored person, am buying for family and friends (and myself) this holiday season with my own very real money, inspired by what I have learned at my very real job. Judge away. 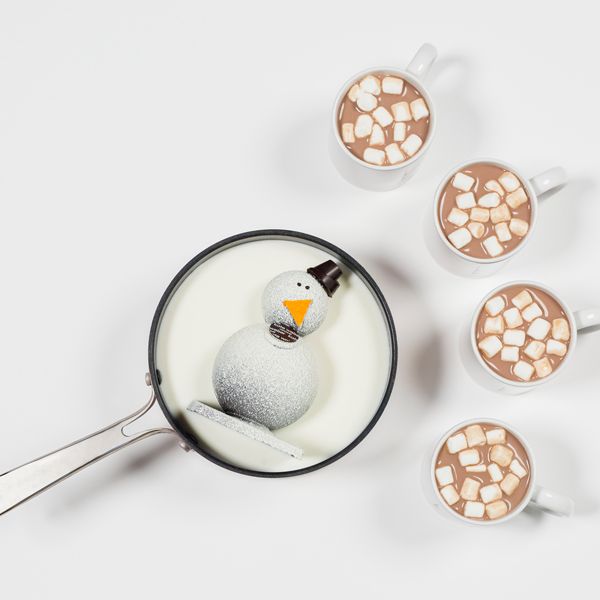 I had promised my 5-year-old niece and 7-year-old nephew a trip to Cidercade to play Mario Kart the Wednesday before Thanksgiving. I thought it opened at 10; it didn’t open until 12. That meant, in order to kill some time, we had to take a “fairy hike” down Kessler Parkway and up the Kessler Steps (big hit) and then take a detour to climb the climby things on the Ronald Kirk pedestrian bridge. The climby things were fun, but by then patience was wearing thin. Someone started crying. (Maybe me.) I suggested to my niece that we stop in Kate Weiser Chocolate and pick up a Carl the Snowman as a gift for the whole crew. Later that night, worn out by Mario Kart and Sugar Burgers at Rodeo Goat, the kids crawled up on the counter to watch Carl slowly, excrutiatingly melt in a pot of warm milk. There were many delighted squeals as his belly released a cloud of hot cocoa and the hole in his head sent a mass of mini marshmallows bobbing to the surface. The $30 cost is steep but priceless when paired with a free screening of Mary Poppins Returns on Netflix.

I didn’t actually get a gift card, but I did treat the crew to Mario Kart and, even better, a rousing game of Killer Queen. I wouldn’t have known what this two-console, 10-player game was if not for Tara Nieuwesteeg’s article in the December issue of D Mag. It was easy to pick up, and our three adults with a combined age of 157 handsomely walloped two small boys with a combined age of, approximately, 16.5. $10 per person gets you unlimited play all day.

My sister, who stopped teaching several years ago to raise her two small children, recently went back to work. As someone who appreciates the difficulties of trying to look professional while wearing items as close to yoga attire as possible, I was intrigued when one of our editors, Caitlin Clark, told me about Dallas native Lele Sadoughi’s headbands (Elaine Raffel’s write-up is in the December issue). Not only are they designed not to pinch your head, she said, they could make you look stylish with no effort at all. When my sister opened her aqua neoprene version for our early Christmas celebration, my niece immediately stole it and wore it for most of the rest of the weekend. I’m planning to get her the kid-size version for her February birthday. 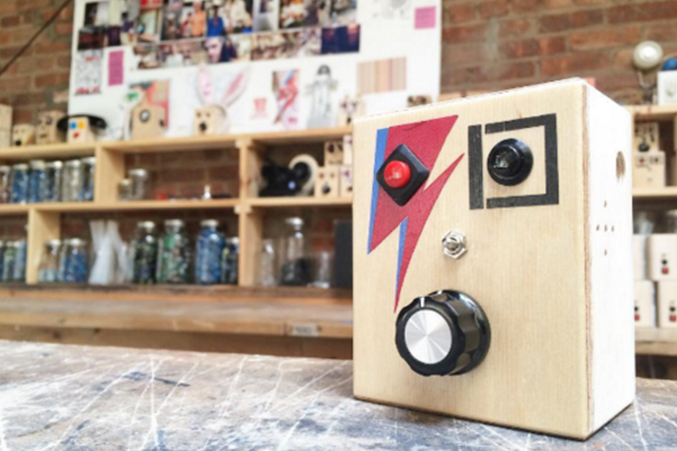 D Mag editor Holland Murphy first told me about the funky little recording devices designed in Brooklyn and now made in Dallas when she discovered them at the DMA gift shop several years ago. When I spotted them a month back at 4510/Six, I figured the kiddos were finally old enough to use them. It’s kind of dumb, really. It’s just so simple: there’s a button to record, a button to play, a switch to play the recording on loop, and a knob to adjust the speed. But for kids who’ve never used a cassette player, they are endlessly entertaining. Especially when they figure out they can surreptitiously record their aunt’s uncensored outbursts. And repeat.

My brother-in-law is a rocket scientist and coffee nerd who brews his own beans in his Colorado kitchen. Last year I got him a travel grinder, so this year I got him a travel French press from REI and a pound of Tristan Sookram’s barrel-aged Lazy Fair beans, which were featured in the November issue. (For a week’s worth of guest breakfasts, I stocked up on Paul Clark and Kyle Lund’s Fire Grounds Coffee, which helps support first responders.)

I’m not even sure how I came across this Design District spice dealer, but it wasn’t until I interviewed the general manager, Clint Haggerty, that I discovered that his great-great-grandfather is credited with the invention of chili powder. They do most of their business wholesale and online, but they opened a small storefront in the warehouse last year. A number of Dallas chefs swear by the company’s chile blends. I adore the 12-Pack Chile Assortment, which includes the original Top Hat blend along with competition winning combinations like Fort Worth Light, Terlingua Won, San Antonio Red, Dallas Dynamite, Bo Prewitt, and Carol West. The bags each contain a quarter pound of spice and come in a tissue-lined box. At $40, it’s my favorite non-booze hostess gift.

So, I had a bit of an unfortunate incident with mezcal several decades ago that is still my ghost of law school graduations past. But when our dining critic, Eve Hill-Agnus, returned from Guadalajara with a bottle of Jalisco Santos Juarez Mezonte Mezcal, after her “tequila-fueled fever dream of an international art scene weekend” with José Noé Suro, and insisted that I take a sip on my back patio one night, I did. It was revelatory. She got hers for a steal; in Dallas, this one’s a a splurge. Which is why it’s on my wishlist. You can find it at Pogo’s and Bar & Garden.

My wife and I just finished a remodel of our 1920s bungalow, so we’re not exchanging any gifts this year. Instead, I bought a basket for our bath towels from Dallas-based online retailer The Citizenry. I’m holding out for their Dasar bronze trays later. 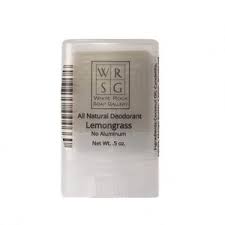 D editor Caitlin Clark asked me to try out this all-natural lemongrass deodorant for a comparison piece she was putting together for the January issue. I ended up being an instant convert. The mini size ($3) is the perfect stocking stuffer. 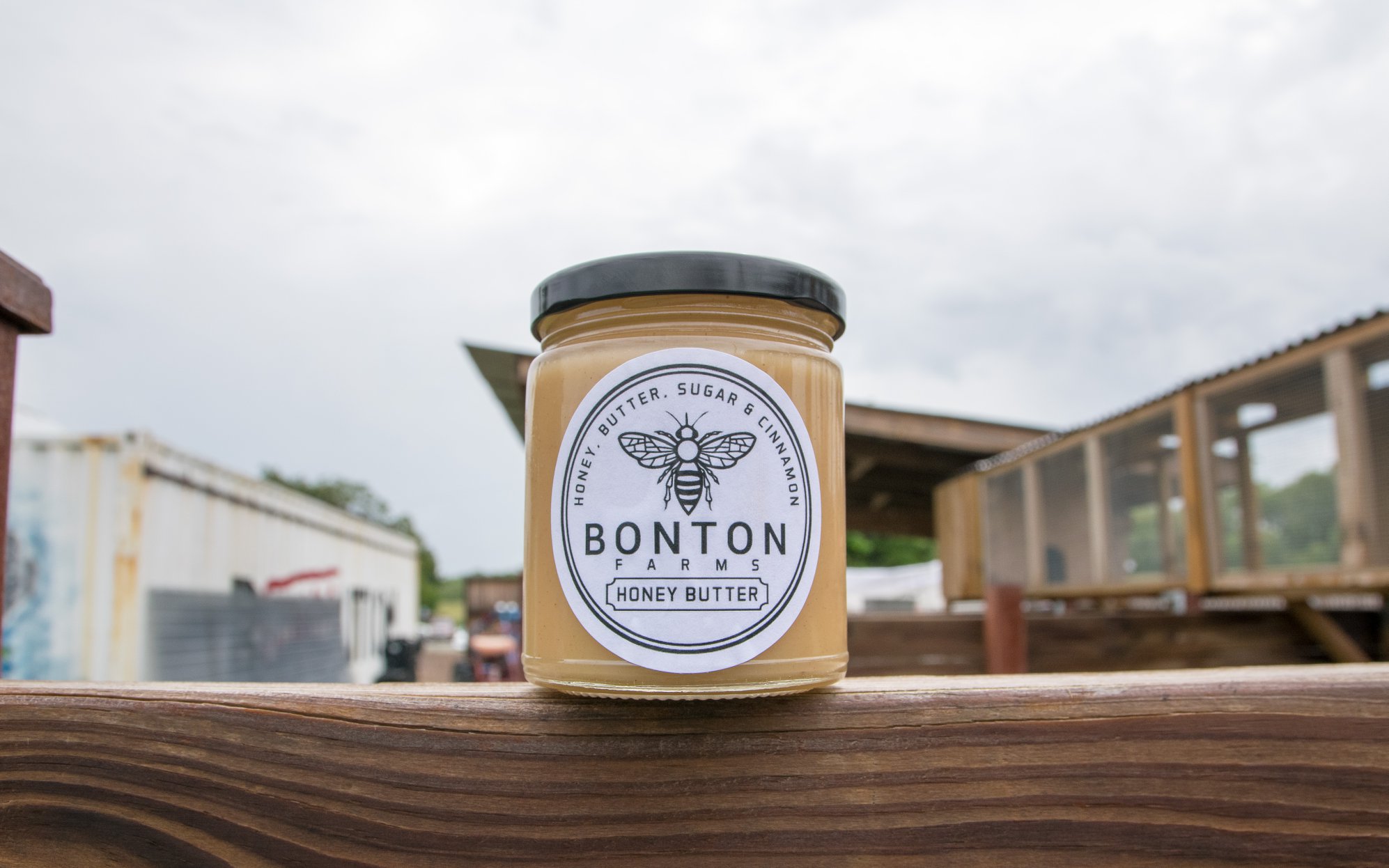 I became familiar with Bonton Farms after meeting its founder, Daron Babcock, on a podcast. I love to use their honey butter as a stocking stuffer, hostess gift, or addition to my holiday brunch buffet. It’s addictive. If you’ve got little ones for the holidays, take them to the South Dallas farm for breakfast and to feed the goats. Or make it the destination for your holiday lunch with friends. Better yet, volunteer on the second Saturday of the month. They are still looking for 15 helpers on December 14 at the Bexar location, and they need 60 at the larger farm extension on Ravenview Rd. Give back, and take some butter home.

The event is virtual and free this year.
By  Will Maddox
Coffee