Bestow, a provider of digital platforms for the life insurance industry, is moving out of its downtown headquarters at St Paul Place to Deep Ellum’s newest office tower. The fast-growing agency has leased a 42,000-square-foot office lease at The Stack, a 16-story office building that recently opened in the Deep Ellum area of Dallas.

Jonathan Abelmann, co-founder and president of Bestow, says he and co-founder Melbourne O’Banion were drawn to the new site “it’s a unique, flourishing and central location with convenient access to really attractive amenities for our team.”

Veale Ranch, A 3,800-acre cattle ranch that sprawls across the border of Tarrant and Parker counties, has sold—marking it one of the biggest land deals in North Texas this year. Dallas-based community developer PMB Capital purchased the property. Frisco-based Rex Real Estate brokered the Veale Ranch sale with Taylor Baird of PMB Capital Partners, leading negotiations for the purchaser.

Wallbox, a leading electric vehicle (EV) charging solutions provider, is bringing its first U.S. plant to Arlington. According to a news release, the 130,000 square foot high-tech plant will have enough capacity to fully support Wallbox’s expansion plans in North America for the next decade. Production is expected to start as early as June 2022. Wallbox expects to manufacture a total of 290,000 units annually in this facility by 2027 and reach its full capacity of 500,000 units by 2030.

Prickly Pear Skin Care has leased 67,095 square feet at North Quarter 35—owned by M2G Ventures. The four-building, 645,000-square-foot Class A industrial development is located in the Alliance submarket along I-35 in one of the nation’s top-performing industrial markets. Seth Koschak, Forrest Cook, and Brett Carlton with Stream Realty Partners oversee the leasing and marketing efforts at North Quarter 35.

An undisclosed buyer has purchased 1.59 acres at the SWC of Ovilla Road & Hickory Creek Drive in Red Oak. Brian Sladek of RESOLUT RE represented the Buyer.

TruAmerica Multifamily doubled its portfolio in Texas with the acquisition of The Heights and Mission Ranch apartments. The two Dallas-area properties, acquired in separate transactions, total more than 500 apartment homes and represent the Los Angeles-based value add multifamily investment firm’s third and fourth investments in Texas since entering the market in December 2020. Mission Ranch Apartments is a 295-unit Class-B apartment homes. The Heights is a 35-acre property of 162 single-family townhomes and 84 apartments.

The 218-bed Midtown Urban at 1121 UTA Blvd. near the University of Texas at Arlington and 165-bed Liberty Lofts at 3517 S. University Dr. near Texas Christian University in Fort Worth have sold. Bridgeview Multifamily is anticipating a three- to five-year hold of the portfolio. The transaction was negotiated directly with the seller for both properties. 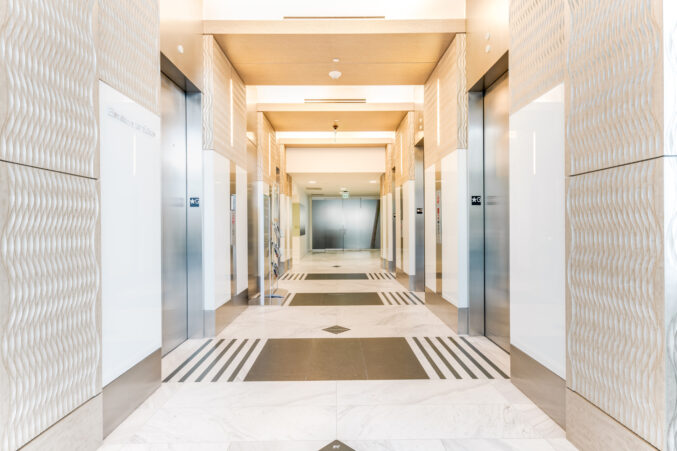 The lobby of Harwood No. 6

Saint Ann Court (Harwood No. 6) in the Harwood District is now 98 percent leased. O’Melveny & Myers and a global investment management firm will both open their first offices in Dallas while Nicolaides Fink Thorpe Michaelides Sullivan and a private real estate investment firm will expand their Dallas footprint. 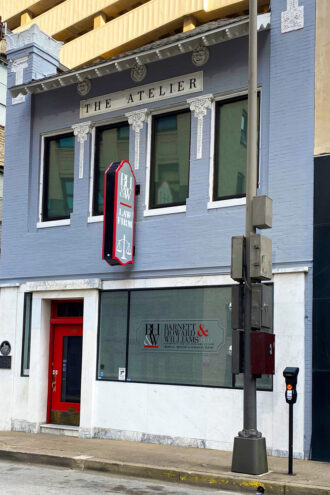 Priscilla Lozano and Kevin O’Hanlon have acquired the 2,500-square-foot Atelier Building on 1.91 acres at 209 W. 8th St. in Fort Worth, from BWHC Properties. Nick Talley of Bradford Commercial Real Estate Services represented the seller in the direct deal.

Tierra Encantada, the Spanish immersion and early education leader, has signed a ten-year lease for the 10,133-square-foot building located at 14450 Marsh Lane in Addison. JLL’s Rob Franks, Lynette Dumalag, and Walker Dyess represented the tenant. Chris Flesner and Paul von Gontard with Resolute RE represented the landlord. The building, located in a suburb north of Dallas, will begin construction in the coming months and will be filled with a full commercial kitchen and classrooms designed for kids aged 6 months to 6 years.

Lone Spur Café, offering ‘cowboy-style food, great cowboy service, and genuine cowboy charm,’ has leased a 3,800-square-foot freestanding restaurant building at Golden Triangle Mall, at the northeast corner of IH-35E and Loop 288, for its first location in Denton, for one of its first locations in Texas. Lynn Van Amburgh with Weitzman handled negotiations as exclusive leasing agent for the mall. Derek Anthony with The Woodmont Company represented the restaurant.