M2G Ventures wrapped up the year with the transformation of PROOF, a 40,665-square-foot building at 901 W. Vickery Blvd. in Fort Worth. Despite the whirlwind of 2020, this coveted mixed-use project is 72 percent preleased, landing a corporate relocation, a boutique bowling concept, and one of the largest female-owned personal injury law firms in the country.

Built in 1926, Proof’s first life began when Adkins-Polk Whole Grocers built it to serve the growing population of Fort Worth. As the city transformed throughout the years, so did the purpose of the building. In 2010, the building was sold to Firestone & Robertson Distilling, signaling the space’s true second life. 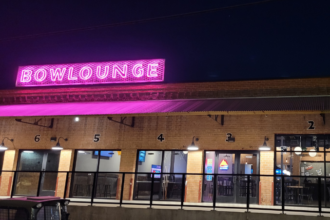 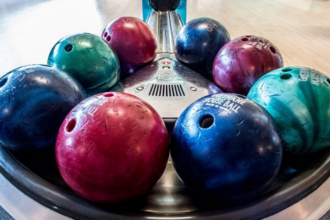 Bowlounge, a retro-style bowling alley, has leased space in the recently renovated PROOF Building in Fort Worth.

“We’re thrilled to end this year with a big accomplishment through the renovation of PROOF,” said Jessica Miller Essl, co-president of M2G Ventures. “Our goal was to showcase the building’s 94 years of milestones while repurposing the design to create a modern-day mixed-use location. We’ve been able to exceed our expectations for this legacy asset, and that’s a tall order.”

Motion Industries renewed its lease for 32,000-square-foot with Gyant Bethlehem at 2589 NE 33rd Street in Fort Worth. Transwestern’s Jeff Givens and Todd Hawpe represented the landlord.

An affiliate of Astra Development sold 145 acres of land on Denton’s north side to home builder D.R. Horton. The deal, which recently closed, will establish a new neighborhood development at the northeast corner of Stuart Road and Long Road called Stuart Ridge. Upon full build-out, Stuart Ridge is projected to be valued at more than $150 million. The shovel-ready project is platted for 561 single-family lots just north of Loop 288. In working with the City of Denton, Astra Development has obtained the approval of construction plans and a final plat for 163 lots in the first development phase. Davey Davis represented Astra Development in the deal with D.R. Horton. Kimley-Horn & Associates serves as the land planner and civil engineer for the project.

Local homebuilder Olerio Homes purchased an entire block of houses (both sides of the 4500 block of March Avenue) in Northwest Dallas with plans to build a new neighborhood of luxury residences.

S2 Capital is continuing expansion throughout Dallas-Fort Worth with the recent acquisition of the Windridge Apartments in Grand Prairie. The Dallas-based firm plans to spend the next 24 months and $7 million upgrading this property, and then it will reopen as The Kace Apartments at 2301 Ave. H. Berkadia represented the seller in this transaction 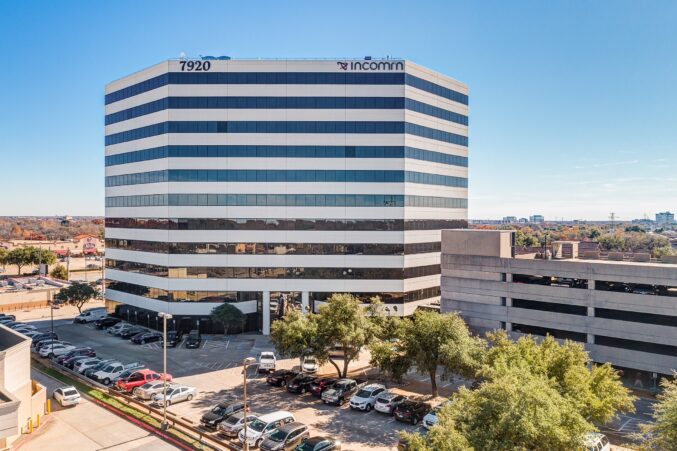 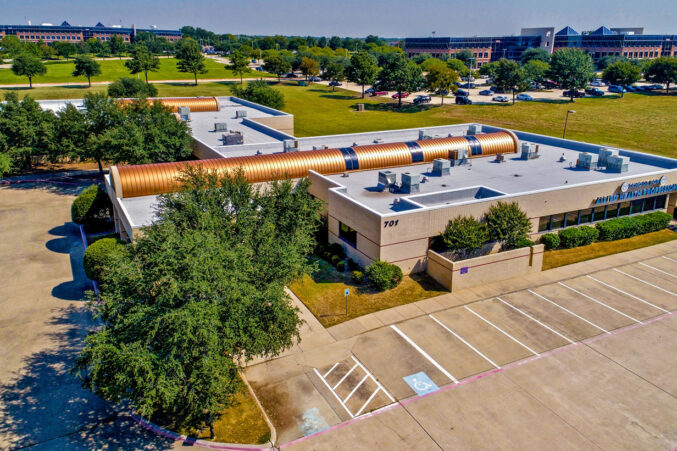 Lakeland West Capital has sold a second-generation medical office building developed in 1986 and renovated in 2006. The S-shaped structure features a portico and expansive barrel-vaulted ceiling with skylights. The property abuts Arlington Highlands, a regional open-air center with one million square feet of lifestyle retail, restaurants, and entertainment venues.

Plano tech firm Edge Communications is downsizing its offices in Legacy business park as its workforce works remotely. The company cut the footprint of its offices in Legacy business park by about a third with a new lease (from 30,000 square feet to 21,o00 square feet. Mike Wyatt and Robbie Baty with Cushman & Wakefield negotiated the new office lease with Justin Miller of Transwestern Property Co. 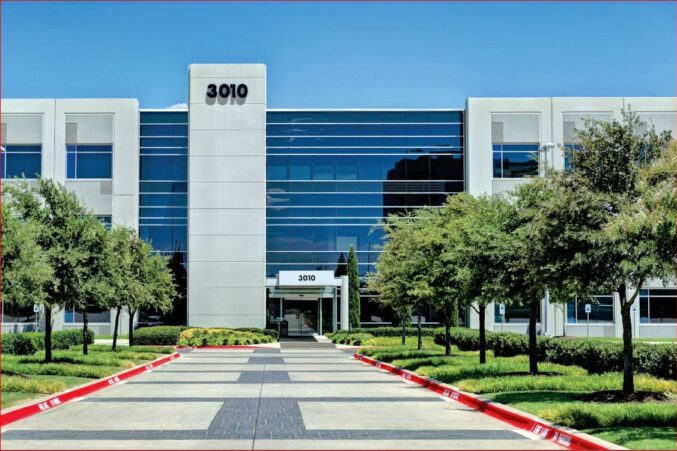 Louisiana-based banking firm B1 Bank is expanding its North Texas footprint with a new operation in Frisco.

Spec’s Wine, Spirits & Finer Foods on the northwest corner of Lakeview Pkwy and Dalrock Road in Rowlett has sold. STRIVE’s Adam Gottschalk represented the seller and the buyer, both Dallas investors.