Carl Ice, current president and CEO of BNSF Railway, will retire at the close of 2020. Executive Vice President of Operations Katie Farmer will assume the role at the start of the new year. 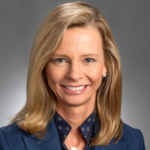 Farmer has 28 years of experience with BNSF, beginning as a management trainee with Burlington Northern before its merger with Santa Fe Railway. She has since held leadership roles in areas including operations, finance, and marketing. Her most recent post, before leading operations, had her overseeing BNSF’s consumer products division as group vice president.

Before the pandemic, BNSF experienced 12 percent annual earnings gains, and Farmer is excited to continue the railway’s prior success.

“We are well-positioned in our approach to safety and meeting our customers’ expectations while having the necessary capacity to grow with our customers. BNSF has long been a cost leader, and we will ensure that continues,” she said in a release.

Ice has been with BNSF for 42 years and led the team that facilitated the merger of Burlington Northern and Santa Fe Railways in 1995. He then helped create the company and culture that have become the largest Class I railway in North America.

“One of the most important roles of a CEO is to ensure a strong succession plan is in place,” Ice said in a release. “Katie and I have been working toward this plan for a long time. Katie has held many different roles at BNSF with an ever-increasing impact.”

Farmer earned her MBA from TCU.

The Dallas Museum of Art announced its Board of Trustees for 2020–2021, which includes 12 new members nominated and elected unanimously by The Committee on Trustees and Governance.

With Catherine Marcus Rose as chair, the Officers Nominating Committee also unanimously elected William M. Lamont, Jr. to serve an additional two-year term as chairman of the board. Catherine Marcus Rose, Victor Almeida, and Peggy Sewell will continue their roles as president, vice president, and secretary, respectively. Trustee Adrian Sada will serve as treasurer of the board.

Lyle Patman has joined Landry Commercial as vice president and will focus on growing the company’s land division as it expands into Dallas and other markets. Patman will represent both landlords and tenants, specializing in negotiation, financial and strategic counseling, economic analyses, relocations, and disposition preparation. Previously, he served as vice president of Partners National Real Estate Group. 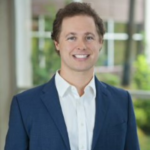 The Salesmanship Club of Dallas has elected Mike McKinley to serve as the organizations’ 101st president. His appointment comes at the same time that the club will celebrate its centennial. 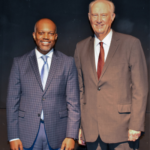 McKinley, who has been a member of the Salesmanship Club of Dallas since 1992, succeeds Pete Lodwick. McKinley most recently served as chairman of the board of directors of Salesmanship Club Charitable Golf of Dallas and as chairman of the advisory board for the Northern Texas PGA. Additionally, he has 40 years of experience in banking, business, and corporate law, and is a founding partner at Shackelford, Bowen, McKinley & Norton.

McKinley will serve a one-year term alongside six members elected to the Salesmanship Club of Dallas Board of Directors.

Tameka Y. Cass joins WiNGS as its chief development officer, replacing interim CDO, Melissa Cameron. In her new role, Cass will create and enact the framework for growing a $3.5 million budget through various fundraising events and corporate and foundation support. 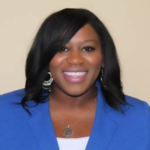 Cass brings more than 18 years of professional fundraising experience to the organization, and has a “proven talent in fund development and extensive experience in the nonprofit community,” said WiNGS CEO Kate Rose Marquez in a release.

Before joining WiNGS, Cass served as director of philanthropy at Metrocare Services, senior director of corporate and foundation giving at United Way of Metropolitan Dallas, and principal gifts officer at Parkland Foundation. She currently serves as the vice president of external affairs of the Dallas Chapter of Association of Fundraising Professionals. She is a founding member of HERitage Giving Circle and Power in Action Dallas.

Cass received a master’s in human relations and business from Amberton University.

Reserve Capital Partners has hired Matt Waldon as vice president of leasing as the company expands its presence in Dallas. In his new position, Waldon will handle all in-house leasing for RCP’s portfolio. 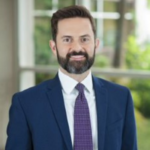 Before joining RCP, Waldon served as vice president at Pillar Commercial for eight years, where he specialized in house leasing and marketing.