Editor’s note: There are plenty of happenings in Dallas this weekend. Here, we home in on one. See the full weekend lineup on our Things To Do page.

Los Angeles-based artist and former Dallas resident Samantha McCurdy celebrates the opening of her second solo exhibition at Galleri Urbane, Sun Systems, this Saturday. Where 2018’s Personal Boundaries used McCurdy’s signature spandex shapes to explore the human body, the new selection of work contemplates the extraterrestrial bodies of our solar system with the same materials. Once again, viewers are left wondering what exists beneath the thin veil of fabric separating them from the guts of the artwork.

Frequent readers will remember McCurdy being featured in D Magazine for both her art and her impeccable personal style–but anyone who’s interacted with the young artist knows her for her exuberant personality, which I encountered for the first time over the phone this week. I gave Samantha a call while she was on the road hauling her work from Los Angeles to Dallas to talk about the mini universe she’s created in Sun Systems.

Your first show at Galleri Urbane was about human bodies, now you’re getting into celestial bodies. How did you move from one idea to the other? Basically, it’s just about the unknown. Shit that you can’t see, right? My first show, Personal Boundaries, was a micro exploration of that, where it’s like, my clothing is a boundary, you can’t see my boobs or my body. These bed sheets are a boundary, you can’t see what’s going on underneath them between me and another person–you know, but you can’t see it. Like the planets, we know them, but we can’t see them. There’s this unfathomable boundary between us and them, and it’s kind of faith-based. At least at the micro level, the bodily level, we all have bodies that we know and we interact with–we don’t interact with planets at all. It’s all faith and assumption based, based off science. Not to be, like, a conspiracy theorist, but if we couldn’t see the stars, and someone told me there’s these giant gas bodies out there, what would I do?

But also, as a minimalist abstract artist, I just like the idea of choosing the same vehicle that I already used to make the work I make–spandex, wood, circles–using that to represent each planet based on facts and mood. It sounded really fun to me.

It’s interesting that you say that because, yeah, we know that there are planets but nobody’s really been to them.  I haven’t been there, have you been there?

No! [We laugh.] Did you want to let your imagination or your own ideas play into how you portrayed them, or did you want to keep it science based?  It is, in a weird way, kind of faith based…

For some reason, I get this question every time I show my work, ‘What’s in there? What’s behind it making that shape?’ and I’m like, ‘I don’t know dude, you gotta buy it to find out I guess!’ So, I thought about that, too. My paintings are kind of like planets in that way–nobody knows what is creating that surface, they only know the shape of the planet or the shape of the piece–but they don’t know the internal makeup of it. 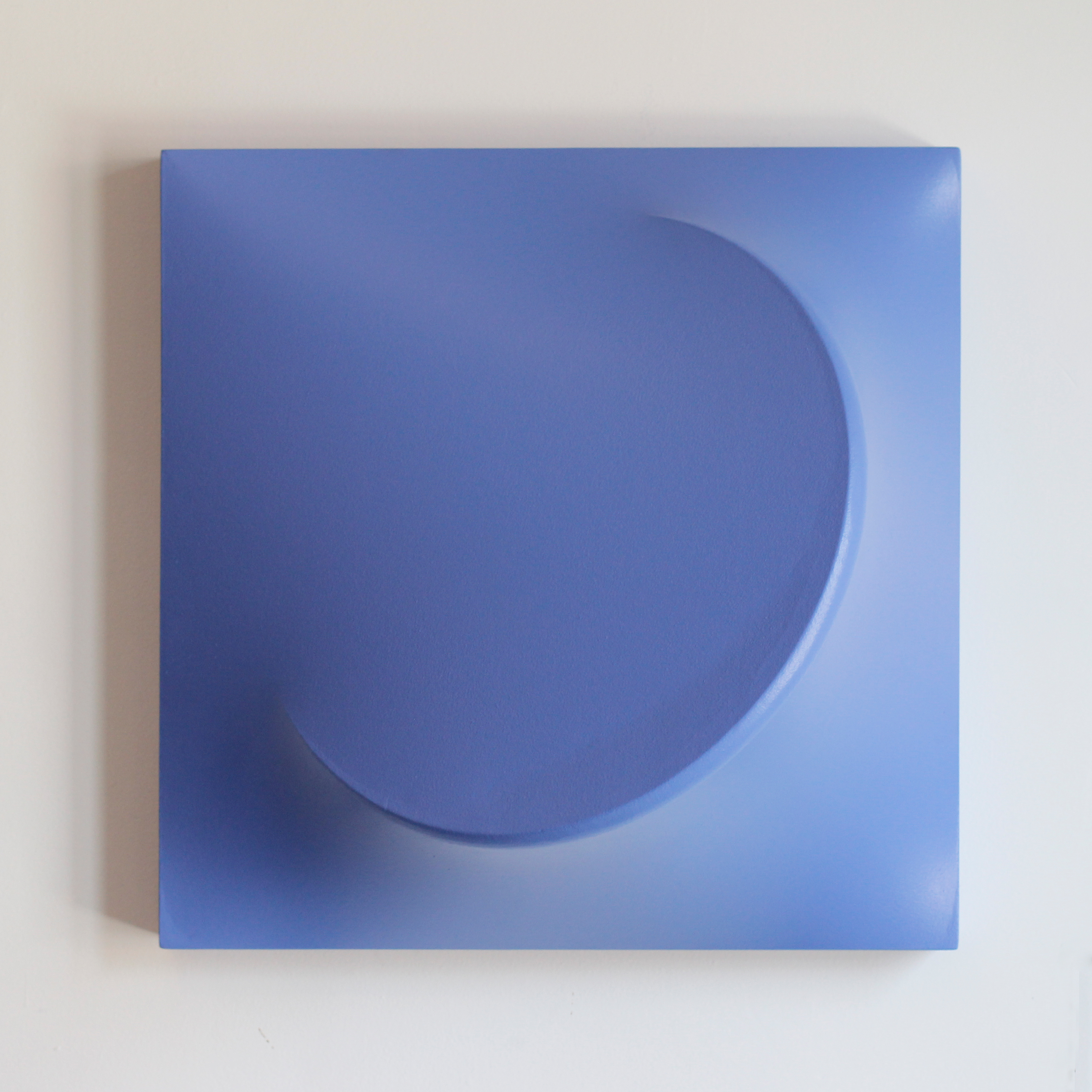 Have you ever considered doing work that explores the inside of them and kind of opens that up to the public? It’s so funny–I actually started an Instagram account years ago. I don’t know the password anymore, but it’s called The Back of the Front, you might be able to find it.

These shaped spandex paintings are your signature. How do you continue to evolve that idea? This show’s about outer space, it’s about the solar system, so I’m going to make a shape for each planet, and then I’m also going to do a series of black holes–because at my last show I did a couple inverted pieces that I wanted to work on–and I was like, okay, for Saturn I’ll get some neon rings and plug them in and they’ll light up, maybe add crystals, have a rainbow…the more I thought about this, the more I was like, ‘Sam. Your work doesn’t have neon lights in it anywhere, or any other shit. This is not a natural evolution of your process. Don’t reinvent the wheel, keep it simple. Do exactly what you were doing just get better at it and get more edited with color.’

It’s really important to me not to use any gimmicks or easy grab-ons. I focused on making the forms cleaner, better, and then editing down colors. I tend to use a lot of colors. Not only did I want to have a different color for each planet, but all of those colors had to go together as a palette. 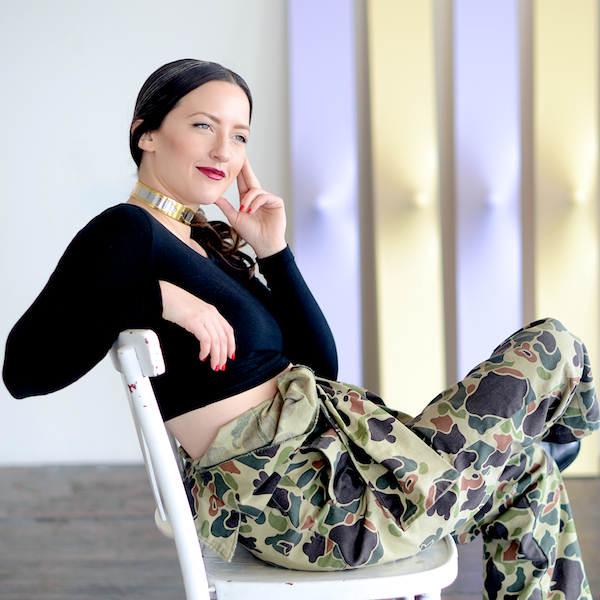 Can you tell me what the show looks like? So seventh grade, my science class, we had this project where we each made a planet and hung it from the ceiling, and it was there all year long. It was really cute. That was definitely an inspiration for me… I just like the way classrooms look and the way little kid solar systems look, so that’s how I decided to curate the show.

You’re based in L.A. now, but you lived in Dallas for four years. Do you miss anything here? The people! I miss the people! Yeah, it sucks being landlocked, and I live in Cali now and I bought a wetsuit and I’m friends with surfers and it’s so tight–but I miss the people. I met so many weird, lovely people there. And It’ll Do! That’s my favorite dance club. Literally after the show, I’m going to go to It’ll Do and dance my tiny heart out.