Axxess’ John Olajide Is Duplicating His Nigerian Parents’ Success in the U.S.

His parents built a flourishing enterprise in Nigeria, where Olajide was born. Now he's now bringing that same entrepreneurial zeal to his home health firm.
By Will Maddox | January 14, 2020|10:08 am

A stack of business biographies lines the back wall of Axxess founder and CEO John Olajide’s office, including his favorite, The Snowball: Warren Buffett and the Business of Life, by Alice Schroeder. In it, the Oracle of Omaha says, “What you do when you are young can have an exponential effect, so that if you are thoughtful about it, you can really have powerful results later, if you want to.” Olajide (pronounced oh-lodge-i-day) had already applied one of Buffett’s maxims to his life before he even read the book.

At a young age, Nigeria-born Olajide picked up a love of computers and technology. And just like his business idol Buffett, he put his skills into one of the fastest-growing sectors of the healthcare industry: home health. The decisions he made in the early days have materialized in the powerful results Buffett spoke about.

Born the third of five boys  to parents who stopped attending school after sixth grade, Olajide says he was fortunate to have a mother and father with enough business savvy to provide a comfortable life for him and his siblings. “My parents might not have had a lot of formal education, but they were very educated,” he says.

They worked in retail and as distributors and wholesalers for Unilever, a British-Dutch consumer goods company, and sold goods to local retailers from their warehouses. They owned their own business and taught Olajide about the power of rebates and discounts between his soccer matches with his brothers. Their business was cash intensive, and Olajide remembers coming home as a young boy and bundling stacks of money after finishing his homework. The next day, he would make deposits at the bank and be sure to get receipts.

Olajide attended a private boarding school, where he began to develop a knack for technology and computer networking while working hard to stay at the top of his class. “What can I do with this?” he thought to himself during his early experience with computers. “I was the type who liked to learn everything,” he says. “Even today, I want to learn as much as possible.”

A family friend in Dallas led him to the Lone Star State, where he began his education at Richland College while working odd jobs. He eventually transferred to The University of Texas at Dallas, where he studied telecommunications engineering at a time when the industry was blowing up in Richardson. Between the development of the Telecom Corridor and the explosive growth of the university, Olajide was in the right place at the right time. “There was so much happening in tech, so much going on,” he says. “UT Dallas was a great school … and a perfect environment to help enhance what I already knew.”

It was at UTD where Olajide would take what he knew and apply it to an industry that was ripe for a technology overhaul. The family friend who helped bring him to Dallas was the director of nursing at a home health company and helped Olajide get a job there in IT support. “I started asking questions and very quickly saw a business and an industry that is underserved from a tech perspective,” he says. “I could see end to end what the business was doing.” 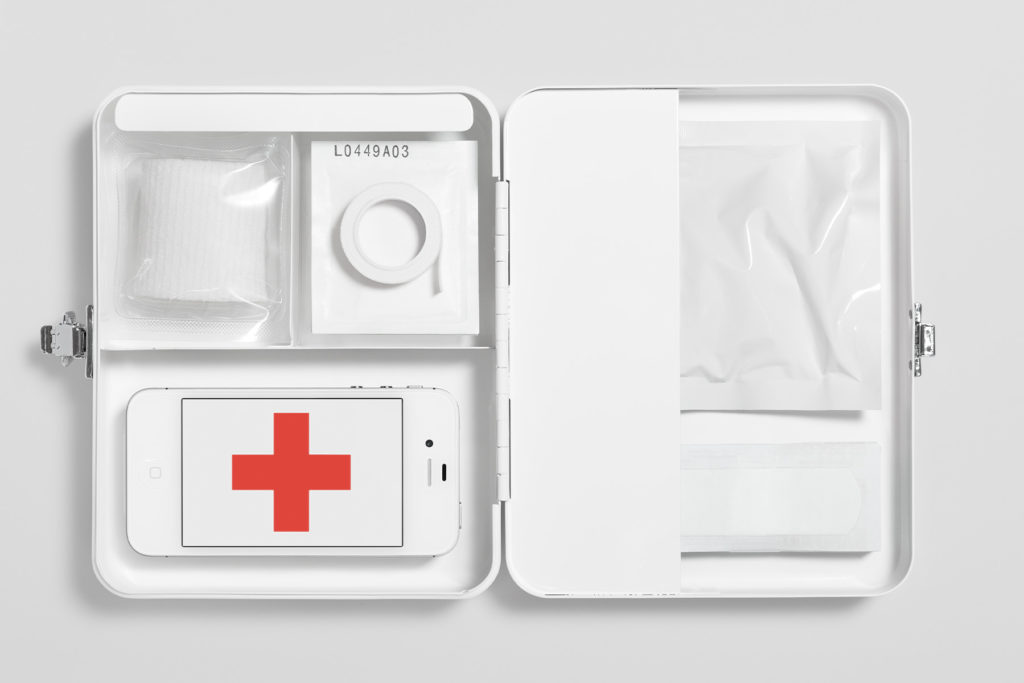 There were a lot of ways to help meet the needs of administrators and nurses and make things easier, Olajide thought. He began to do technology consulting for the home health industry and realized his clients had no interest in becoming technology companies; they wanted to focus on patient care. That is where the idea for Axxess began to take shape. “I wanted to empower them with the tech they needed to be more efficient so they could focus on the patient,” he says.

Serendipity may have brought Olajide to home health, but he was entering a world that would only become more entrenched and essential to the healthcare industry. As healthcare costs continue to climb, payers are looking for ways to reduce spending, and treatment at home is often more cost-effective and comfortable for the patient.

Olajide sees Axxess existing on the leading edge of healthcare, says Stacie Adams, the company’s vice president of corporate citizenship. “John is looking 10 steps ahead,” she says. “He’s not thinking about our lane; he is thinking about broader issues in healthcare around the world.”

Home health is booming in the United States, outpacing the growth of the industry as a whole and overall GDP. The Centers for Medicare and Medicaid Services reports that home health spending reached $103 billion in 2017. The segment is expected to grow by 6.7 percent annually, compared to 5.5 percent for the broader healthcare industry.

A 2019 report in The American Journal of Accountable Care found that home health care saved an average of $7,313 per patient. It’s about 35 percent less expensive than inpatient care, with lower hospital readmission, too.

Olajide formed Axxess in 2007, embracing cloud-based technology before it became a thing. Technology that could be accessed from anywhere was essential to the home health world, and Olajide knew it had the potential to change the industry.

Axxess provides technology services for home health and hospice companies, running everything from revenue cycle management and customer feedback systems to electronic health records on its software platforms. Although Olajide began the company by leveraging technical know-how of the business, he now focuses on culture, clear and open communication, leadership development, and growth strategies.

A prolific reader of business books, Olajide created his own manifesto, which he called The Axxess Way. It outlines his beliefs about how clients, employees, partners, and shareholders should be treated and defines expectations for so-called “Axxessians.” Olajide’s transparent leadership style is on display at town hall meetings, where anyone from an intern to a vice president can suggest ideas. His theory is, “the best idea wins,” no matter whom it comes from.

Olajide is the type of executive who takes part in a principal-for-a-day experience and follows it up by funding the school’s STEM programs, which he has done at Kennedy-Curry Middle School in the Dallas Independent School District. Axxess has also sponsored endowments at UTD to make scholarships available for juniors and seniors majoring in engineering and computer science. His local profile and impact will expand this year, as he serves as 2020 chair of the Dallas Regional Chamber.

Another facet of the Axxess experience is the company’s office space, which is open and democratic, complete with internationally themed conference rooms (employees represent 42 nationalities), a cafe, pool tables, and lounge chairs. As a cloud-based technology company, it is only natural that some of Axxess’ 300-plus employees work remotely, but Olajide says most would rather be on site. “Millennials like to interact with people,” he says. “They love coming here. We have to kick them out sometimes.”

The focus on culture seems to be paying off. Axxess has expanded into all 50 states and several international sites, more than 7,000 organizations now use the company’s software, impacting two million patients receiving care at home or through hospice. Helping caregivers focus on patients is what it’s all about, Olajide says. “We are creating the future of healthcare,” he says. “This is purpose-driven work. People are here because they believe in it.”