Last year, CMS announced that clinic visits would fall under its site neutral reimbursement model, meaning it would pay doctors the same amount for a doctor visit whether it takes place in a hospital outpatient facility or a regular office. This change means that “Healthcare systems whose real estate strategic plans included expansion of hospital outpatient departments and associated services likely will need to reassess their business cases for these sites to account for reduced reimbursements,” according to Cushman and Wakefield’s Vital Signs report detailing healthcare and medical office building real estate.

CMS estimates it will save $800 million in 2020, as outpatient clinics are more expensive than physicians offices, according to Modern Healthcare. Medicare will also expand its payments for operations in ambulatory surgical centers, which are often cheaper than hospitals for the same procedure.

The CMS rules will result in a 60 percent cut in reimbursements for care in a hospital outpatient department, and this potential loss of revenue for hospital systems should be cause to rethink their real estate strategy. This new assessment “may result in systems delays, shrinkage, or abandonment of these expansion plans, if these sites cannot meet their operational and financial requirements,” the report says. “Cuts in reimbursements to clinic visits may also impact the profitability of existing sites, creating additional financial pressures that can impact other growth and expansion plans as well.”

Declining reimbursements may often impact tenants decisions to renew leases or expand locations in medical office buildings, another aspect that investor owners of medical office buildings should consider. The report also notes the increased competition between retailers like CVS and healthcare systems, as MinuteClinics and other retail clinics increase their growth.

But here in North Texas, hospital-based expansion has been steady, despite the warnings of the report and the shifts toward virtual, home, and retail clinic care. Frisco and Prosper have seen an explosion of hospitals in recent years, as health systems look to take advantage of the booming population in DFW’s northern suburbs. Those communities are more likely to be made up of young, wealthy families, meaning hospitals that serve them will be insulated from changes in CMS funding.

Overall, the report is bullish on healthcare real estate, despite these threats to profitability. Vacancy rates for healthcare  have decreased to 8.3 percent nationally, pushing rents higher for medical real estate. In addition, medical services continue to be more profitable than other industries because of medical inflation. The consumer price index has inflated from $10 to $32.87 since 1980, while $10 worth of hospital services now cost $137.39. 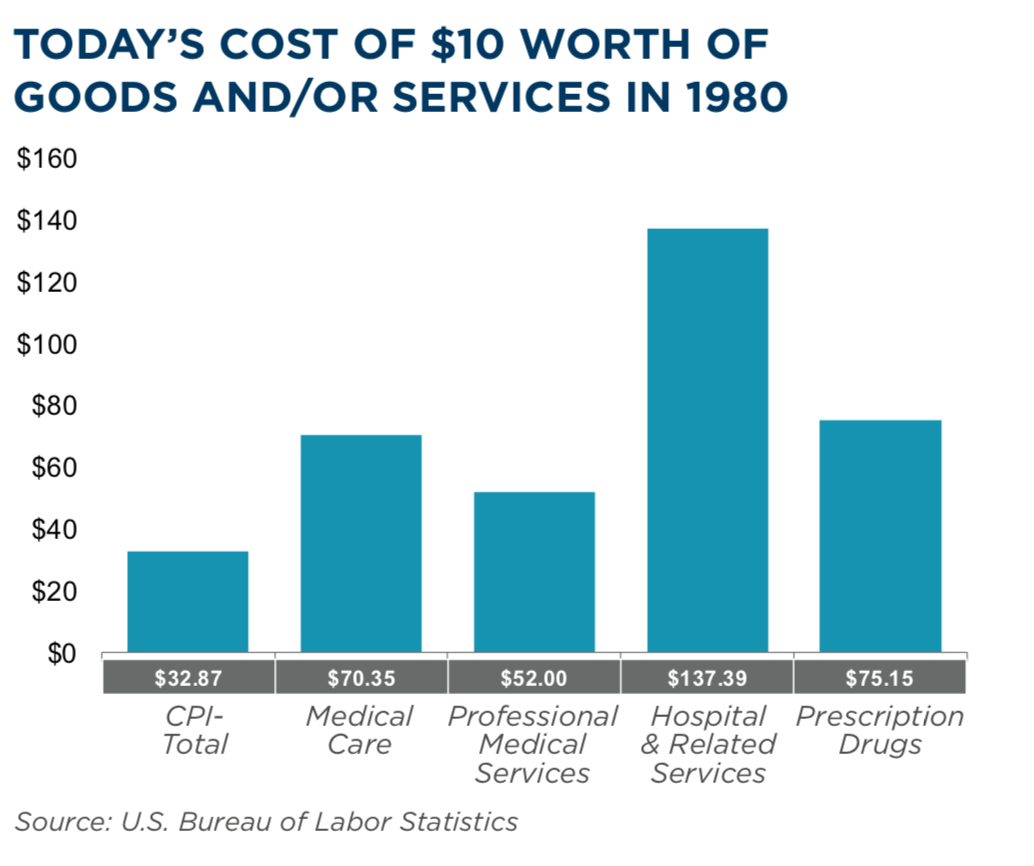 (courtesy of: Cushman and Wakefield)

Locally, DFW has a higher 10-year average vacancy rate for medical office properties (13 percent) than the national average, (9.8 percent) but there is also a great deal of construction on the way. The region’s growth and aging population means that DFW will most likely need that new construction, and the region led the nation in medical office space under construction in quarter 3.

“While medical office market indicators have slowed in the past twelve months compared to previous years, 2020 looks to be another strong year for healthcare real estate,” the report concludes. “Healthcare providers should capitalize on the positive outlook and sector growth by continuing their shift toward consumer-friendly care delivery and prioritizing accommodations to new regulations.”