Yesterday, the New York Times’ T Magazine posted an image on its Instagram page that stopped me in my tracks. It showed a blue sky punctuated with clouds and block letters reading “THEY’RE GOING TO KILL ME.” The banner, waved over the Statue of Liberty by a small plane, was one of five banners that carried the final words of George Floyd over major cities last weekend. His cries for help echoed above protests taking place on the ground in Chicago, Miami, Los Angeles, and Detroit. If you were near White Rock Lake on Saturday, you may have seen a banner reading “MY NECK HURTS” in bright red. 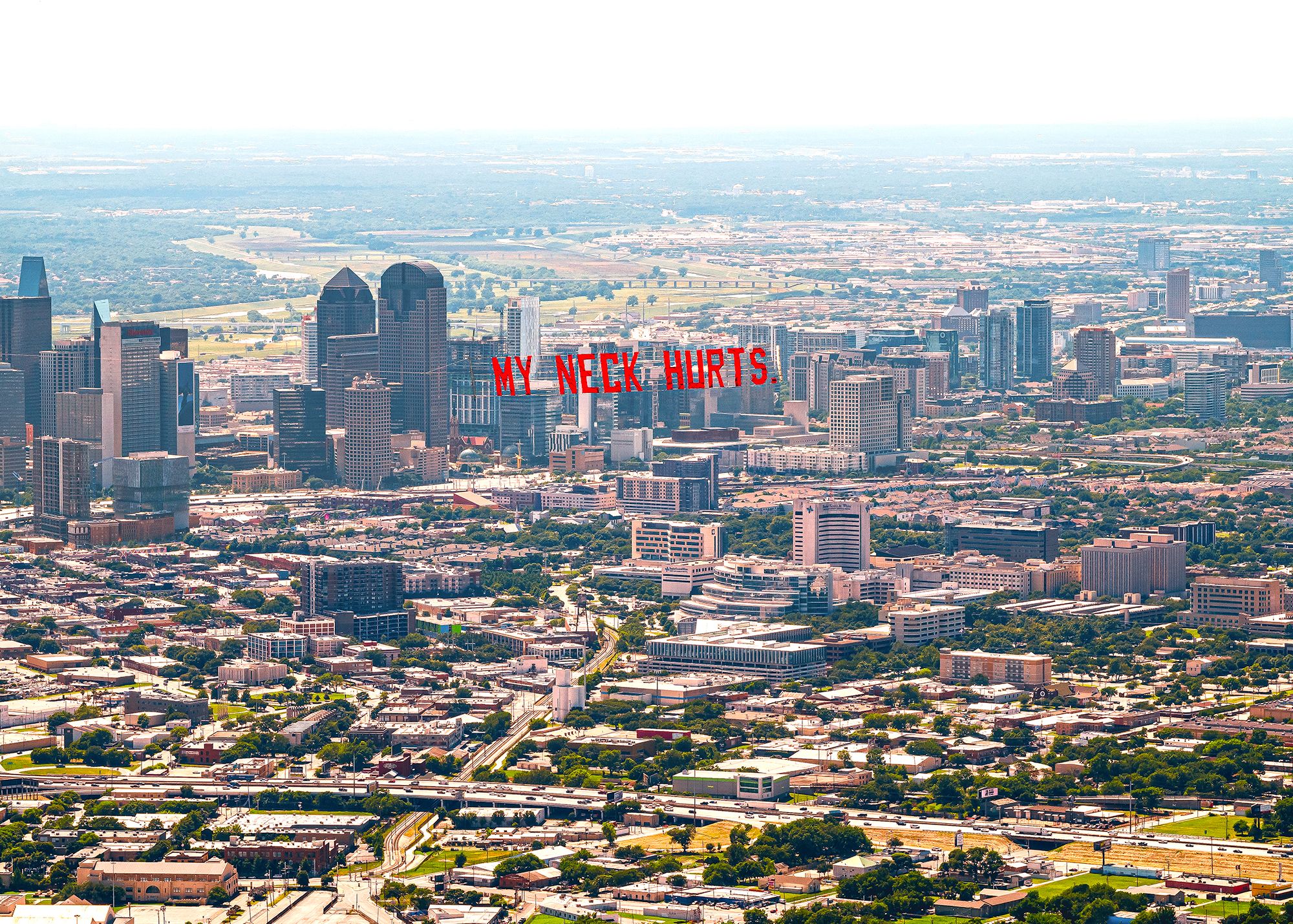 The nationwide demonstration, titled They’re Going To Kill Me, was the work of Dallas-based Jammie Holmes, an artist who typically works in figurative paintings. I met Jammie last summer when he introduced himself via email and shared some of his stark portraits of class, race, and violence in America. I interviewed him, which you can read here. He’d only been working as an artist full-time for about a month at that point, but he’d already started garnering famous fans like Rick Ross and Lenny Kravitz.

“My sales are climbing more and more, and I’m just bracing myself right now ’cause I don’t have no management. A lot of people have management and stuff like that–it’s easier, but now it’s like, ok, eventually I’m gonna get there,” he said last July.

Holmes signed with Detroit’s Library Street Collective this April. The gallery funded the banner project, which used a method of communication usually reserved for advertisements to appeal for justice. 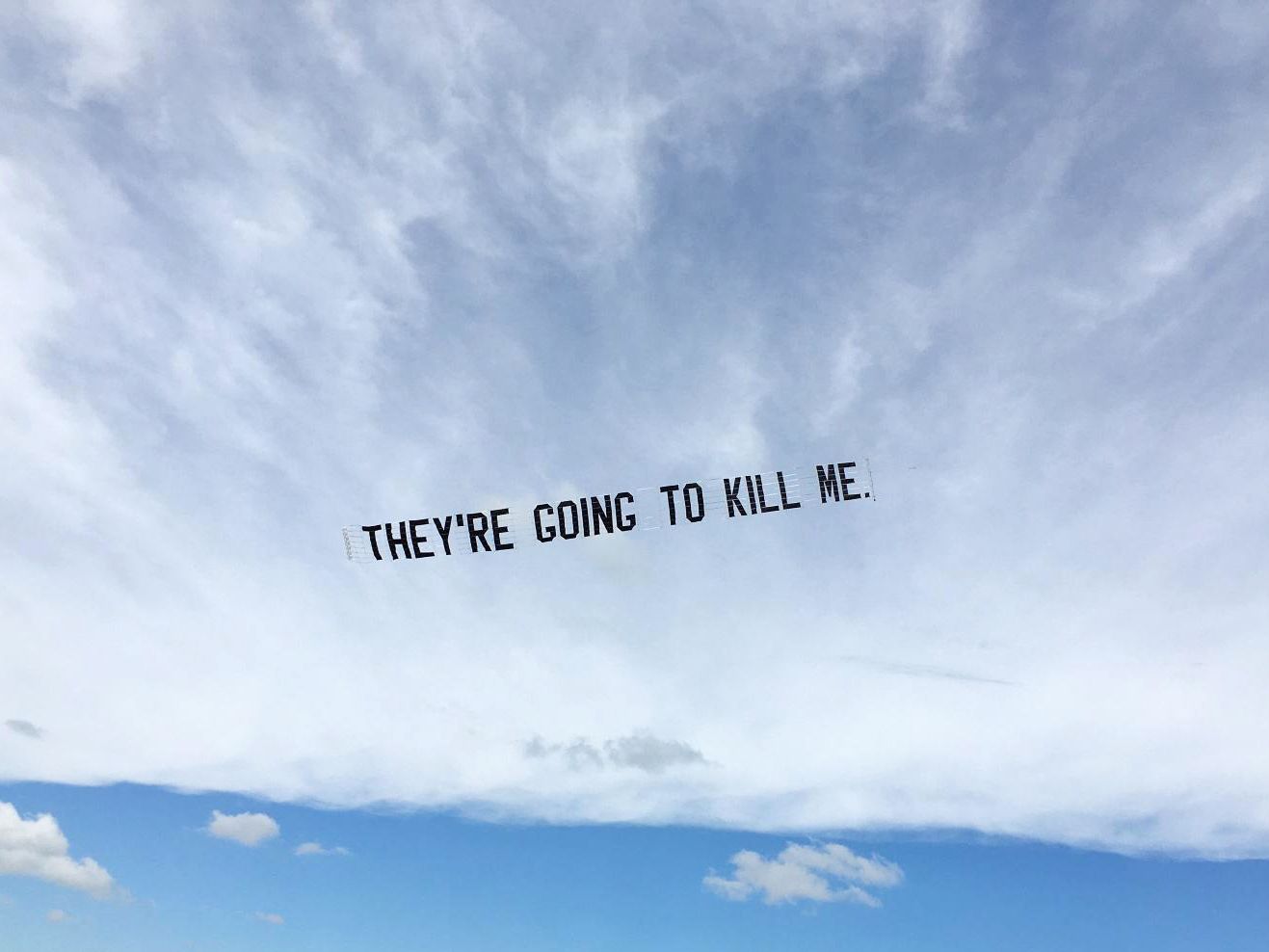 “The use of sky media to recount Floyd’s final words presents a contrast to the noise of digital media and employs a form of communication that is most often used by the privileged to announce sporting events, marriage proposals, or promote consumption. It is rarely used for political or social purposes – to exercise free speech – because it is an outlet unavailable to the poor and marginalized,” the artist wrote in a statement on his website.

Poor, marginalized black folks typically take center stage in the work of Holmes, who often taps into his upbringing in the small town of Thibodaux, Louisiana.

Art-making comes naturally to Holmes, but carving out his place in a sometimes elitist industry hasn’t always been easy: “As an artist, sometimes you create work and you can get into different worlds…The world that I’m in, it’s the really wealthy world. And in that world, they have so many controversies and conflicts and politics… the world when someone can afford to basically buy you out, they treat you how they want to treat you. You have to be ready for it.” 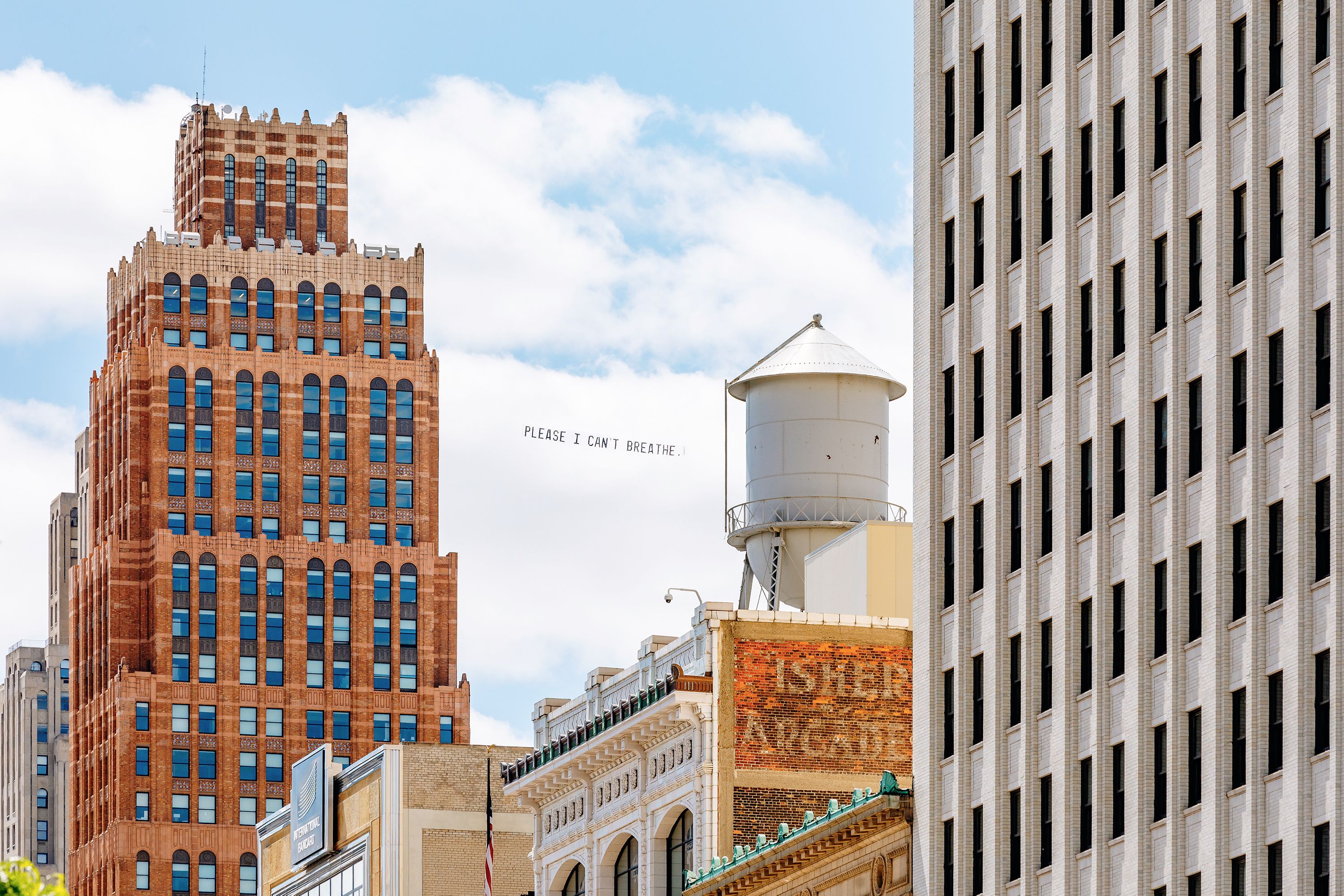 Clearly Holmes is ready, and with an uncompromising vision. He declined to be interviewed, but I’ll leave you with a powerful snippet of his artist statement:

Like countless silenced and fearful young black men, I have been the victim of police misconduct on a number of occasions in my life. At some point, they will realize they can’t kill us all.

I hope that people across the United States will use the outlets available to them to continue to demand change. Please sign petitions to support the families of the latest victims in their pursuit of justice, and donate what you can.

You can read the New York Times’ profile on Jammie, which ran yesterday, here.

A Night at the Adolphus