David Mimlitch is a mild-mannered 46-year-old software engineer who doesn’t like to call attention to himself, which is why, after having stopped an environmental calamity that made headlines around the world, he is only now stepping forward to tell his story publicly.

It was overcast on the afternoon of December 9, 2011, a Friday. The light was lousy for photography. But on his lunch break, Mimlitch left the Dallas Market Center, where he works, and headed down to the Trinity River anyway. The trail at the Santa Fe Trestle, an old train bridge that crosses the river at the northern end of the Trinity Forest, was under construction. He wanted to get some pictures of it.

Mimlitch has flown radio-controlled model airplanes since he was a kid. About six years ago, he got into using them for aerial photography. The plane he had that December day was one he modified to carry aloft his Canon Rebel XS. In notes he’d later make of the day’s events, he wrote: “The plane took off effortlessly at half throttle and climbed at a very respectable rate.” He made three flights, guessing as he remotely triggered the camera’s shutter. 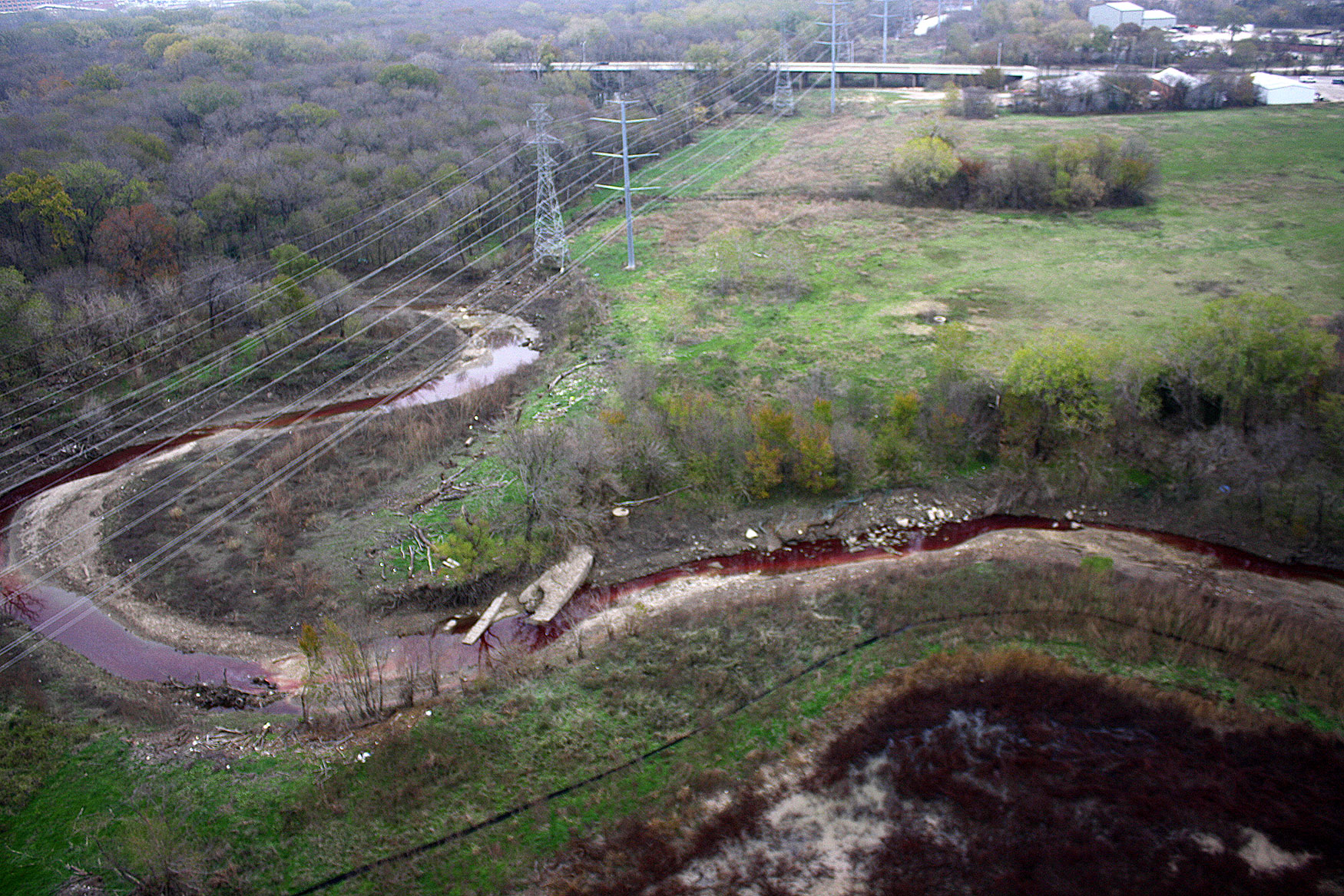 When he got back to the office, Mimlitch saw that he’d taken 606 images. He ate a sandwich he’d brought for lunch and figured he’d have a quick look before getting back to work. “I was going through the pictures and came to one, and it’s just so stand-out red,” he says. “It stopped me in my tracks. But is that really what it is? Surely you can’t do this. Surely you can’t dump blood in the river.”

Mimlitch had accidentally captured evidence that the Columbia Packing Companydisco was dumping pig blood into Cedar Creek, a tributary that flows into the Trinity just southeast of the Santa Fe Trestle. After a lot of Googling, he found his way to the National Response Center, which passed along the tip to the Texas Commission on Environmental Quality, which forwarded it to Dallas County Health and Human Services. Eventually, Columbia was hit with 15 felony charges, and its executives faced jail time. Then in May came a surprise: the charges were dropped, and Columbia got off with a $100,000 misdemeanor fine. The cases had been compromised by a Dallas County Health and Human Services investigator who had trespassed to take pictures of the pig blood discharge.

Over the last two years, Mimlitch has gone through a wringer of emotions. First the excitement of discovery. Then, as the story and his anonymous photograph bounced around the world, pride over having shed light on an outrage. And, finally, when Columbia got slapped on its wrist, disappointment. He takes solace from one fact.

“I don’t think the corporation or the owners, the people who committed this crime, have gotten a punishment appropriate to the crime,” he says. “Ultimately the justice system is going to do what it is going to do, and I have no control over that. But the pig blood has stopped. And that I am happy with.”