Neandre Broussard founded Black Menswear after becoming frustrated with the inaccurate media portrayal of Black men as criminal suspects or thugs. “The story was always told in such a negative light,” he says. Broussard turned toward attire and the visualization of success to help effect change. “Business, creation, creativity, empowerment, all of those things, from an attire perspective, are personified with suits.”

Now, three years later, the brand’s flash mob images from across the country, including one of a young boy holding his fist in the air, have gone viral. Broussard hopes the brand will help change the narrative for future generations.

“You look at the stereotype of the Black male—the laziness, the unemployed, the absent father—all these things that society has plagued the Black male with,” he says. “This was an opportunity to say ‘How do we help just change that conversation for the positive?’” 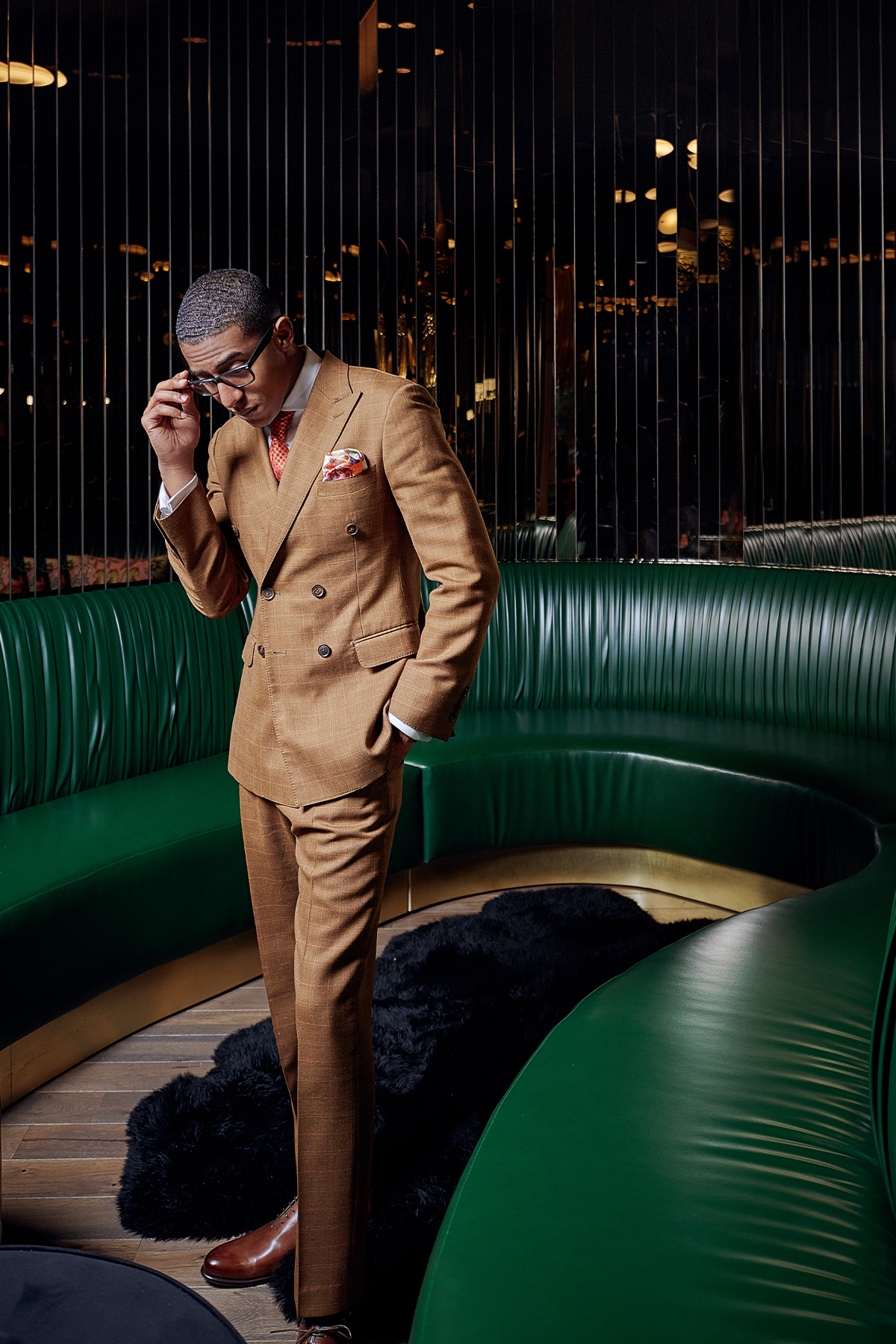 Broussard describes his style as “conservative, with a liberal approach.”
Elizabeth Lavin

What I Do: “Black Menswear is a brand that’s built around changing the narrative of Black males through visual representation. I have the privilege of guiding and directing what we do with regard to creating content—how we take the narrative and change it.”

Style Icon: “I like Chris Paul of the Oklahoma City Thunder—how he infuses modern with classic. When it comes to his suit styling, he’s really focused on detail. If I had the money to buy someone’s closet, it would be his.”

On the Job: “I developed a love for the suits when I got into financial services. I thought, ‘OK, so if this is a requirement in my profession, how do I stand out?’ For me, it has always been the focus on the cut.”

What Inspires Me: “It’s really all about the functionality of it: Where are all the places I can wear this to? How much conversation can be created based off of this suit? If we’re creating something that’s a little bit out there, what’s going to be the conversation around it?”

Style Defined: “Conservative, with a liberal approach. It’s a bit classic. I love double-breasted suits, which are classic looks. At the same time, I love pushing the envelope.”

Fashion Essential: “Nine times out of ten, I’m wearing a blazer or sport coat. Even if it’s just jeans and a t-shirt, I try to incorporate a blazer or something extra on top.”

Weekend Look: “I might do a suit, but I might throw on a t-shirt with it. Then I might change the suit and go from my Paul Evans to my Pumas.”

Favorite Store: “I definitely love wearing my own threads. Outside of that, I would have to say I love what I get from Rich Fresh.”