A power shift is underway in the entertainment industry, and Dallas just might be its epicenter. Younger eyes are drifting away from established coastal production companies and entertainment monoliths and toward home-grown acts with lower overhead, authentic voices, and a revolutionary funding model. Dallas-based Night Media President and founder Reed Duchscher has been on the cutting edge of this shift and is poised to be a leader in the next generation of talent management.

Duchscher founded Night Media after spending time with a sports agency that represented Hall-of-Famers and Heisman Trophy winners when a different model caught his eye. Top YouTube account Dude Perfect, the Frisco-based group of guys who make sports-adjacent videos of amazing basketball shots and other athletic feats. He began to wonder about the business model and how the balance of power was shifting in the entertainment world.

“I started to see that this was all eventually heading to these creators controlling their destiny and creating their own content,” Duchscher says. 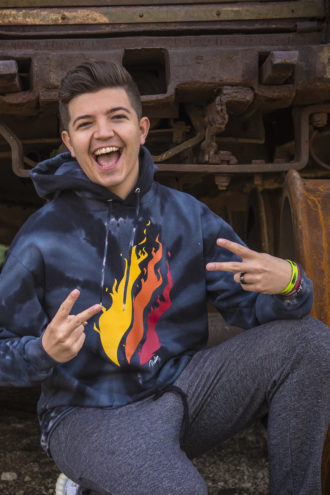 Duchscher left the sports agency and came to North Texas to work with Dude Perfect, and made connections to other clients in the video game streaming world, another growing market. Duchscher says that the most significant difference between managing athletes and his online influencer clients is that his current clients are much more business-minded. While most athletes are hyper-focused on their ability to perform in their sport, Night Media’s family-friendly influencers are constantly thinking about how to grow their business. And major corporations are starting to catch up to the new models.

One of Night Media’s largest clients is Grapevine-based Preston Arsement, who runs and stars in several YouTube channels creating family-friendly online content. He has 30 million online followers and over five billion lifetime views. He made $14 million in 2019 from his videos, which consist of things like Nerf wars and hide-and-seek in a shopping mall. He gives viewers more frequent and authentic access than a television show would provide.

“He really is the next version of Nickelodeon, because he’s not only creating and owning his own content, he’s creating his own intellectual property,” Reed says. “He’s doing distribution deals with other platforms, and athletes don’t have the ability to do that.”

Night Media not only represents talent, it also partners with influencers to create content.

For years, big studios like Nickelodeon and Disney have dominated the production of content and sucked up all the advertising dollars. Still, large corporations are starting to notice the attention these YouTube stars are attracting.

When Preston made a surprise appearance on Nickelodeon’s comedy variety show All That, the live studio audience lost their minds. “I thought the one kid was going to rip his arm off; they were yelling so loud,” Duchscher says. “But that is like the future–kids are growing up watching these creators, and now we have the ability to turn into a bigger media company.”

Another of Night Media’s clients is Jimmy Donaldson, also known as MrBeast, whose online challenges like counting to 100,000 in a single video and charity donations to other YouTubers made him the 13th most popular YouTube account in 2019, with a social media following of nearly 50 million. 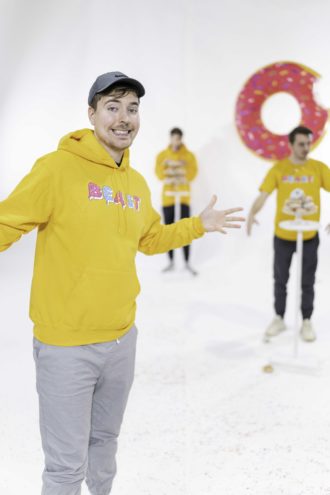 With that many eyeballs and a more media-savvy audience, large advertisers are shifting away from the commercial breaks that have always been the staple of advertising. Companies are moving to corporate partnerships with these influencers, who are speaking directly to their viewers about a product rather than cutting to a commercial break. Night Media is well-positioned to take advantage of this shift, as it not only manages talent but partners with the influencers to create content in their office in the Cedars. “The end-user, the person, looking at that and watching the videos are like, I not only love this person, I trust what he’s saying. So they don’t see it as coming off as an advertisement,” Duchscher says.

When Preston signed a deal with Hot Pockets and discussed the product in several videos, viewers would show up to meet and greet events losing their mind and begging for Preston to sign their Hot Pockets boxes.

“Everyone is now, either paying attention to it, or they know enough to be dangerous to be like, ‘We need to play in the space we want to be listened to,'” Duchscher says.

Duchscher says people he meets in the industry assumes he is in Los Angeles, but he says the cost of living, airport, and business-friendly environment made Dallas an easy choice. “I want people to know that this company, this media company that competes with all these bigger firms in LA, can exist outside of that.”