Running a health insurance company can often be a buttoned-up endeavor. Algorithms help manage risk, legislatures pass laws that change how the industry functions, and claims data must be collected, studied, and organized as an essential factor in the healthcare system. As president of Blue Cross Blue Shield of Texas, Dr. Dan McCoy lives in this analytical, professional, and actuarial world.  He began his medical career as a dermatologist and now runs one of the largest health insurance companies in the state, but his passion for street photography allows him to shed the suit and tie he wears to work each day in favor of something a little more casual.

McCoy grew up on a cattle ranch in Central Texas. When he was 12 years old, he saved up enough for a Canon AE1 3500 and began taking photographs. The 35-millimeter camera was perfect for the burgeoning photographer, who continued to take photos through high school, where he graduated with just 12 other classmates.

In college, McCoy booked a few photography gigs and weddings, but he always wanted to be a physician and didn’t stray from his goal.

A bit of gear head, he accumulated several cameras and large lenses over the years. A late adopter to digital, he preferred the analog method of taking and developing images. “I held on with my cold, dying hands to film for a long time after a lot of my friends had gone digital,” he says.

“I go around the world and capture people in their daily lives,” McCoy says.

It was his local camera shop proprietor who eventually convinced McCoy to make the switch. And, once he did, he fell in love with digital, he says.

Ever the adventurer, McCoy would often travel the world while lugging a suitcase full of cameras and lenses along with him. But seven years ago, he decided to lighten his load and began shooting street photography. Now, McCoy travels with just one camera, which allows him to better blend in. “Nobody even knows that I am shooting,” he says. “I go around the world and capture people in their daily lives.”

McCoy still enjoys developing film and has commandeered space in his house and turned it into a dark room.

He isn’t one to make books out of his photography or blow up his pictures to decorate the halls of his company’s home base in Richardson. For McCoy, the experience of taking the photograph is always more important than the final outcome. “It is more about capturing the spirit of the people,” he says. That said, McCoy says he still appreciates the tactile side of his passion: “I like being able to touch a picture. I collect a lot of photography books.”

McCoy enjoys traveling the globe, but doesn’t go on photo safaris. He prefers to incorporate photography into his life, finding unorganized and unstructured time to take pictures, which he feels are more authentic and powerful. 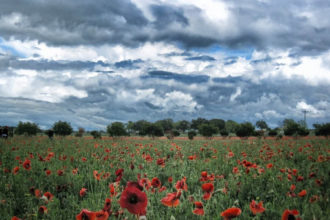 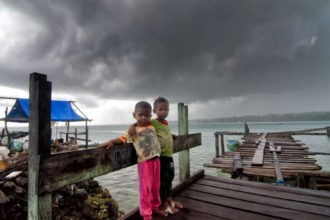 A voyage to Indonesia helped establish his love for capturing moments in the daily lives of people.  On a scuba-diving trip at a remote island, he traded cigarettes to a local to guide him into the jungle to find an off-the-grid village. The children and families in the Indonesian jungle were a juxtaposition of modern society and indigenous culture, wearing t-shirts with popular brands and images while living in huts with no running water.

McCoy was impressed by the joy he saw in those most would consider to be living in abject poverty. “I could capture how happy they were, enjoying life,” he says. “They were engaging in life and it was fascinating.”

“When I look at that collection, seeing those people in their environments had an impact on me,” he says.

When he isn’t shooting photographs in the streets, McCoy doesn’t shy away from taking great pictures of food. He’s looking forward to capturing the wine and grapevines during an upcoming trip to Napa, for example.

McCoy shares his work on Instagram but emphasizes the experience and doesn’t spend too much time looking back. “The reason that the photo is special is because you shook hands, smelled the food, and walked eight miles,” he says. “For me, I enjoy the experience.”

A Day in Dallas