Christina Kitchens remembers resting the 12-gauge pump action shotgun poorly on her shoulder before pulling the trigger. She was in her 30s, and it was the first time she’d ever shot a gun. The weapon dug into her arm after it went off, leaving her with a messy six-by-eight-inch bruise.

“In this industry I would often get invited to go hunting or clay shoot,” she says. “I decided I should finally try it out and not be chicken about it.”

“As a female, shotgun sports is one of those things that is really empowering to be able to do—and get better at.”

Safety classes and instruction came next. Then she went on dove hunting trips and began shooting clays.

The 39-year-old is group managing director of energy finance at East West Bancorp, based in Pasadena, Calif. She leads the national energy finance platform from Dallas, focusing on senior debt lending to largely middle market E&P and midstream companies. She also provides other finance products for oil and gas firms.

The publicly traded company (Nasdaq: EWBC) has more than $30 billion in assets, and is ranked in the top 30 largest U.S. public banks (as gauged by assets). The bank expanded into the Texas marketplace with the launch of the energy team division in January.

Before she joined EWBC in September, Kitchens served as executive vice president and group director at Origin Bank (formerly CTB Energy Finance) and as the division manager of F&M Bank.

Kitchens says she would like all who are reading this to know that she’s hardly a chicken. Bruises heal, and by the time the one from the shotgun disappeared, she had set herself on a lifelong path of the hobbyist shooter. 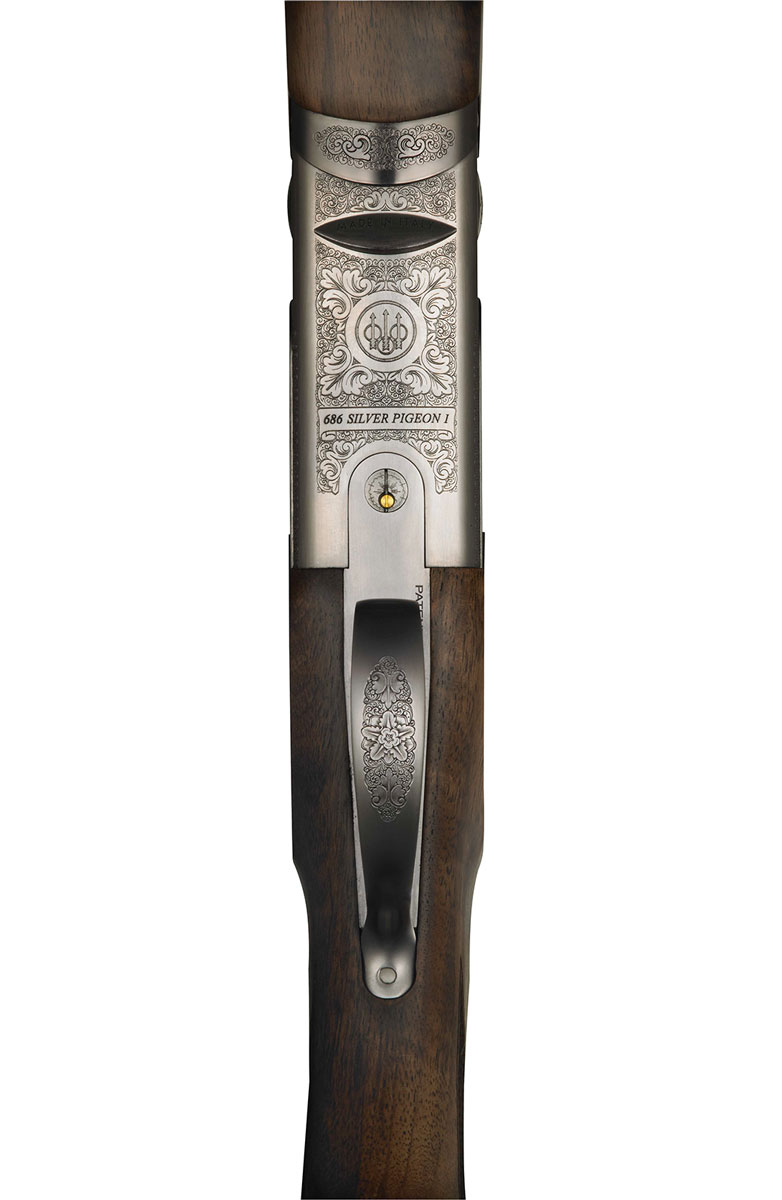 ‘An Old Friend’: "Kitchens’ favorite gun for shooting is a Beretta Silver Pigeon. “I shoot best with it. I don’t know exactly why, but it always seemed like such a good fit,” she says. “It’s kind of like an old friend. I feel comfortable with it. I talked my husband into getting one for Christmas one year. It’s not expensive either. There are a lot of firearms that can be really expensive. I have friends who have incredibly expensive Italian, custom-made shotguns. But [the Beretta Silver Pigeon] is my old go-to.” Photo courtesy of Beretta USA Corp.
Clay shooting, her favorite, has her taking aim at flying targets that come from all directions. Hitting the moving and sometimes unpredictable targets requires a high level of skill and ability. “It’s kind of a mental exercise of sorts,” Kitchens says.

She is a member at the Dallas Gun Club and practices at Elmfork, located northwest of Dallas. Much like your run-of-the-mill country club, members pay a monthly fee to use the facilities and can participate in competitive leagues with other members.  Kitchens has hosted functions with Girls With Guns, an organization that brings together women who enjoy the sport of shotgun shooting, and has participated in Diva Women Outdoors Worldwide. The local chapter promotes various outdoor sporting events for women, from handgun sports and fishing to bow hunting. “It’s the greatest group of ladies you’ve ever met,” Kitchens says.

Additionally, she hosts an annual industry event at the gun range for fellow executives in oil and gas—and participates in similar oil and gas trade associations’ events. And although she enjoys going to the gun range with her husband, colleagues, and friends, she also likes to sometimes go alone. “You have your own space and your own quietness,” she says. “It gives you a lot of opportunities to think and to enjoy the moment. When I start to overthink things, that makes it more difficult.”

In clay shooting, practice makes perfect. That’s why Kitchens tries to get out to the gun range as often as she can. Although her day job keeps her busy, the gun range is where she goes to let off some steam.

But for Kitchens, clay shooting is more than just a hobby or place to relieve some stress. “As a female, shotgun sports is one of those things that is really empowering to be able to do and get better at,” she says.

When asked if she is better than most of the guys at the range, Kitchens humbly answers: “I make sure that I’m hanging in there, for sure.”