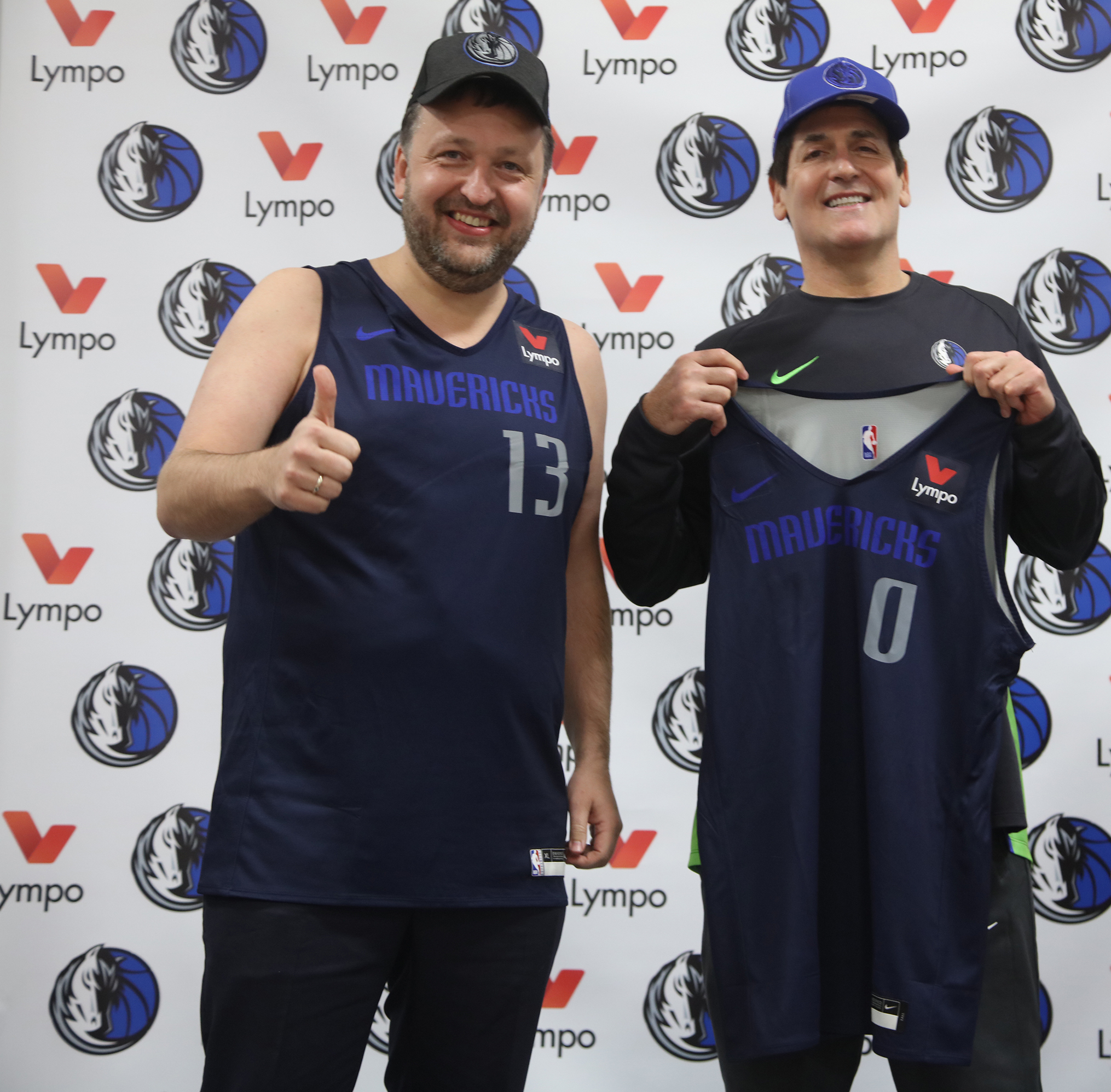 Lympo app rewards users for staying healthy with a cryptocurrency called LYM tokens which can be spent on sports and fitness merchandise in the Lympo shop, like a frequent flyer earning miles toward free flights by flying. At the press conference Friday, Cuban says he hopes that Mavs gear and even tickets might one day be available in the shop, which has not yet launched, according to the website.

The app is the first of its kind, as it pairs blockchain technology with fitness gamification to reward users for running or other physical activity. Challenges are loaded into the app by fitness coaches, influencers, or brands, and users can join these challenges and track their work to earn tokens. The tokens’ value, like other blockchain currencies, change with the market forced and other currencies. The Mavericks are the app’s first partners in the U.S., and will be adding their own challenges and rewards through soon.

In addition to benefits for users, the app provides opportunities for corporations to build brand loyalty by creating challenges that encourage certain behaviors or engaging with the business.

“Lympo is a seamless tool for motivating people to become healthy and adopt an active lifestyle,” Lympo CEO Patrick Brown said via statement. “By improving the well-being of people around the world and providing tangible incentives through our unique technology., we aim to unite fitness and wellness communities everywhere.”

“I am a big believer in physical fitness and always looking for unique technology plays,” Cuban said at the press conference. “This is a good example of the Mavs and their partners pushing the envelope for new technology.”

The Mavericks’ (who are on a three-game win streak) practice facility has been renamed the Lympo Practice Facility, which is also part of the partnership. Guoga is known as “Tony G” when he is starring at the World Series of Poker, and he is also Lithuanian member of the European Parliament.

Cuban and Guoga took on the fitness challenge of shooting threes following the press conference. They missed their first several shots (they hadn’t warmed up), but both eventually sunk a couple. Cuban’s made three can be seen here.