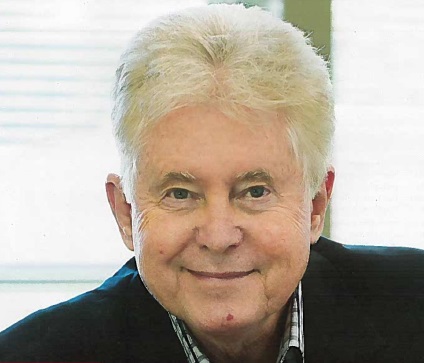 Pharmaceutical giant Novartis International is scooping up Fort Worth-based Encore Vision as it aims to introduce the market’s first topical treatment of the eye condition presbyopia.

Novartis, a Swiss public company that raked in $49.4 billion in revenue last year, announced the agreement Tuesday, but did not disclose the financial terms.

Encore Vision has been developing the advancement, called EVO6, since its inception in 2007. President and CEO Bill Burns, a 20-year veteran of Alcon Laboratories, started the company after landing a license agreement with Virginia-based Encore Health LLC for a methodology patent that would open the door to the new treatment. He worked with various consultants and scientists to develop a pharmaceutical composition that would help treat presbyopia, commonly referred to as the aging eye condition, according to the National Eye Institute. As people get older, often around the age of 40, they can develop the disorder that complicates their ability to focus up close. The eye-drop solution developed by Encore Vision so far has proven in clinical tests that it can improve vision with applications over three months.

“There’s never been a medical treatment for this,” Burns said. “This would be the first if it can make it to market.”

And the market is huge, Burns said, as anyone over the age of 35 is at risk for developing the condition. Novartis estimates that 80 percent of adults over the age of 45 will develop presbyopia. With Novartis’ deep pockets and resources to push a product to commercialization, Burns said the general population might soon have a first-of-its-kind treatment.

It’s a huge win for Burns, but also a huge win for North Texas, said Darlene Boudreaux, executive director of TECH Fort Worth, where Encore Vision’s office is based.

“We don’t know how big it is, but it’s a big one,” Boudreaux said, suggesting the deal could possibly be worth hundreds of millions of dollars. “Novartis wouldn’t talk about a small deal. It wouldn’t be in a press release.”

Encore Vision also was one of the first companies to pitch to the Cowtown Angels, the angel investment group formed by TECH Fort Worth in 2012. At the end of 2013, the company landed a $1.25 million investment from the group and still holds the record for the largest investment made by Cowtown. The angel group was one of the first outside investors to support the company and also served as a catalyst for additional funding.

“Once we had Cowtown Angels’ funding, that helped spur much interest among our existing investors, and that helped us through completing a successful clinical study,” said Burns, adding that about 30 percent of Encore Vision’s investors are local.

The Cowtown funding also led to follow-up investment from several of the angels as well as from Golden Seeds and other angel groups across Texas via the Alliance of Texas Angel Networks. Encore Vision did not release its investment total, but Burns said its last raise was a Series C round.

This deal could represent a significant return for local investors, which is the crux of a successful entrepreneurial ecosystem, Boudreaux said.

“When you have local entrepreneurs and local investors, and they all make money … they invest it back into the community,” she said. “This is what we have been waiting for.”

The terms of the transaction as relating to Burns’ position have not been completely defined yet, Burns said. While he is the only full-time employee, he had help from various scientists, consultants, and eight contractors in the development of the treatment. The company finished its first clinical trial in March. After surviving the economic downturn of 2008 and having now landed a major deal with Novartis, Burns has one piece of advice for the community.

“Don’t be afraid to take an idea and carry it forward,” he said, adding that he’s proof that local entrepreneurs can have success. “The message to the community is bring [entrepreneurs] on.”