A couple weeks ago, the Sunlight Foundation did what can only be described as the Lord’s work. It took every U.S. Senate expenditure and transformed it from a worthless PDF to a searchable, sortable spreadsheet. It has everything. Staff retreats, photographer sessions, the salaries of the seven barbers who cut taxpayer-subsidized hair. Everything.

What I was interested in, though, was the travel of Texas’ two U.S. Senators, John Cornyn and Ted Cruz. The spreadsheets break down travel by trip and by stop. I chose not to include Washington, D.C. on these maps, because that was where Cornyn and Cruz were returning to most of the time. (I also didn’t include staff travel, mostly because my eyes may have become permanently crossed staring at all those numbers.) These maps represent travel from January 2013 through April 2014, the most recent data available.

The top map shows both senators’ travels, and the ones below break the travel down by location and frequency. Austin and Houston are Cornyn and Cruz’s most frequent destinations, respectively, but that’s because those are their hometowns.

– Jumping off that, Cruz visited more cities outside Texas than he did in the state he represents, 19 to 14. (Not by frequency, of course, but sheer numbers.) There’s a specific cluster in Florida and South Carolina. It’s almost like he’s preparing for some sort of election.

– Ooo boy do San Antonio and Fort Worth get hosed, visit-wise. Now maybe there’s some gray area and the senators scoot down to San Antonio or Fort Worth during a trip marked Austin or Dallas, but I don’t think that’s the case. If these numbers are accurate, it means Cruz visited San Antonio less than he visited New York or Midland, and just as many times as he visited Lubbock. Cornyn also visited four times. Fort Worth was only visited once, by Cornyn. Here are the raw numbers on the rest of the state’s biggest cities:

[Puts cynic glasses on] This all means one thing: San Antonio has fewer donors.

–  Props to Cornyn for getting out to smaller communities (Falfurrias, Rio Grande City, Smithville, West). I know a lot of those were based on extenuating circumstances, but credit where it’s deserved.

Here are the breakdowns, individually. Drop any additional thoughts in the comments. 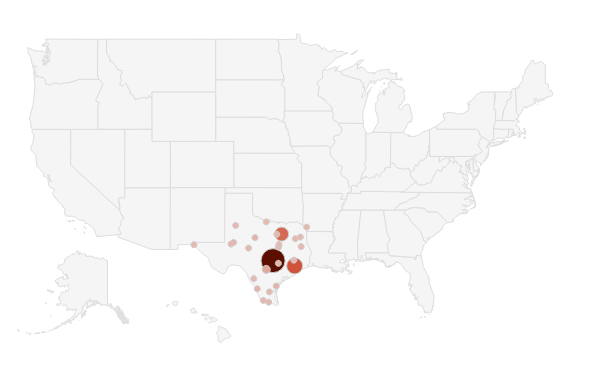 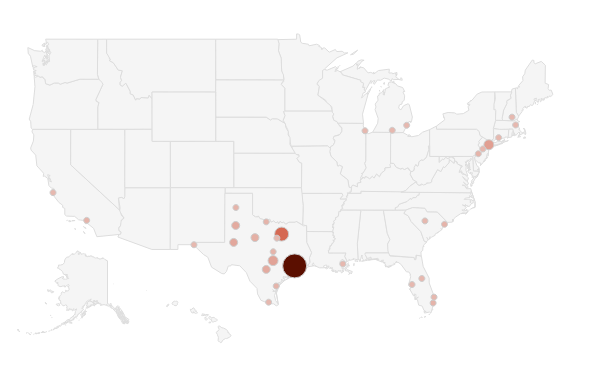