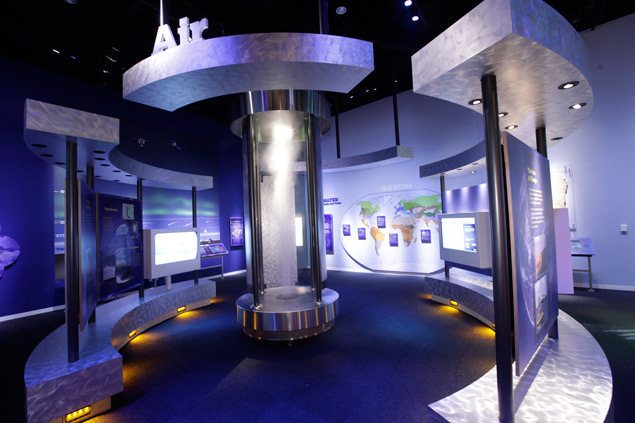 Okay, as Bradford and Tim pointed out, there is one sort of amusing fracking video at the new Perot Museum of Nature and Science. It’s located inside the Trevor Rees-Jones Foundation Dynamic Earth Hall (pictured), named for Rees-Jones of Dallas’s Chief Oil & Gas. But other fracking exhibits there–including a giant horizontal drilling rig–are pretty straightforward, fascinating even, certainly appropriate to a Texas science museum.

But if you’re going to label the fracking stuff “propaganda,” as Tim did in the comments, there’s also propaganda I guess in the Texas Instruments hall, where you learn to build a robot. In the Tom Hunt Energy Hall, where you crank the valves of a full-size wellhead. In the Children’s Museum classrooms, which is outfitted “proudly” with products from The Container Store. And at the Green Mountain Energy display, where you’re taught the virtues of the museum’s Green Mountain solar hot-water system.

UPDATE: The fracking video and other fracking exhibits are adjacent to, not actually inside, the Rees-Jones’s Dynamic Earth Hall. They’re located in the Tom Hunt Energy Hall, which was funded with a $10 million gift from Dallas’s Hunt Petroleum Corp. Mea culpa.