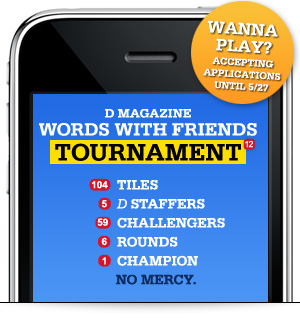 We print journalists, whose fortunes seem tied to the future (or lack thereof) of reading, often envy our more celebrated brethren in the glamorous worlds of radio and television. That’s why we’ve invited a number of them into our Words With Friends tournament, and we’re going to give some of you the opportunity to put these divas in their place:

See how these and other players fare starting June 1.