But the focus has shifted since I wrote about Laili in a round-up of what I called four new stars at the then-fledgling farmers market annex.

Laili’s Afghani fare included mantoo dumplings with a tofu-spinach filling. The menu leaned vegetarian. You could also get Turkish coffee next to a flaky baklava. 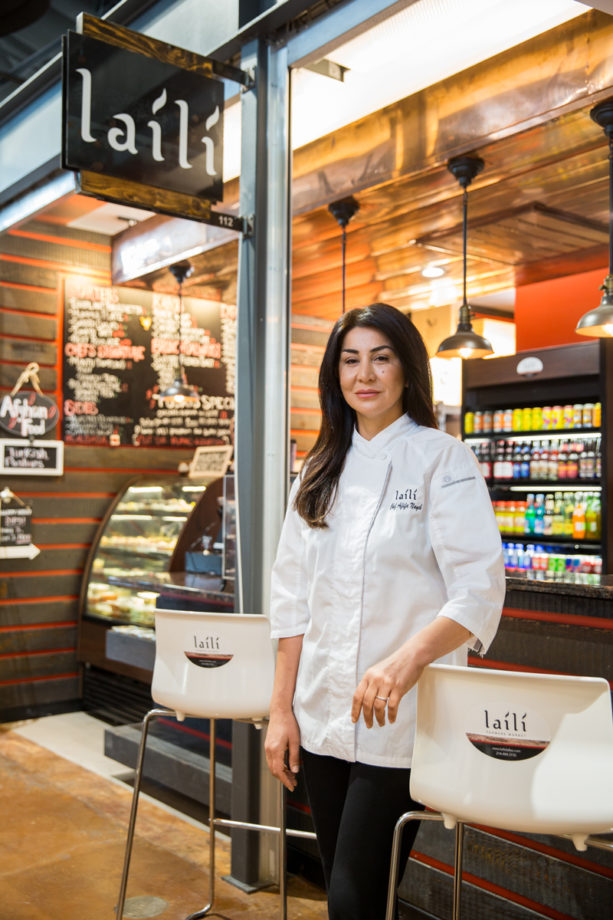 Since then, Nayeb has continued her health-conscious bent and pursued it into the realm of juices and smoothies. Now, hers is a spot for fresh juice and the probiotic goodness of a “shakegurt,” one of a number of smoothies made with tart Bulgarian yogurt.

I love the yogurt smoothies, which have a refreshing tartness that balances the sweetness of fruit and promises good things for your gut. I love, for example, the Mango Lassi, with a touch a honey. Others blend the Bulgarian yogurt with berries, or in one it gets whirled around with dried figs and almonds and a kiss of honey.

As for the juices, the Go Green Detox, blends Persian cucumber with kale, spinach, celery, a little sweetness from green apple. For the Metabolic Booster, fresh pineapple goes into the juicer with cucumber, kale, spinach, and a nub of turmeric. There are concoctions with beets, one where ginger and cayenne join carrot and orange, and a beautiful simple one with pineapple, mint, and green apple. The ingredients lists—and particularly the use of that Persian cucumber, mint, and yogurt—give you a sense that Laili’s liquid fare is still inspired by the Silk Road.